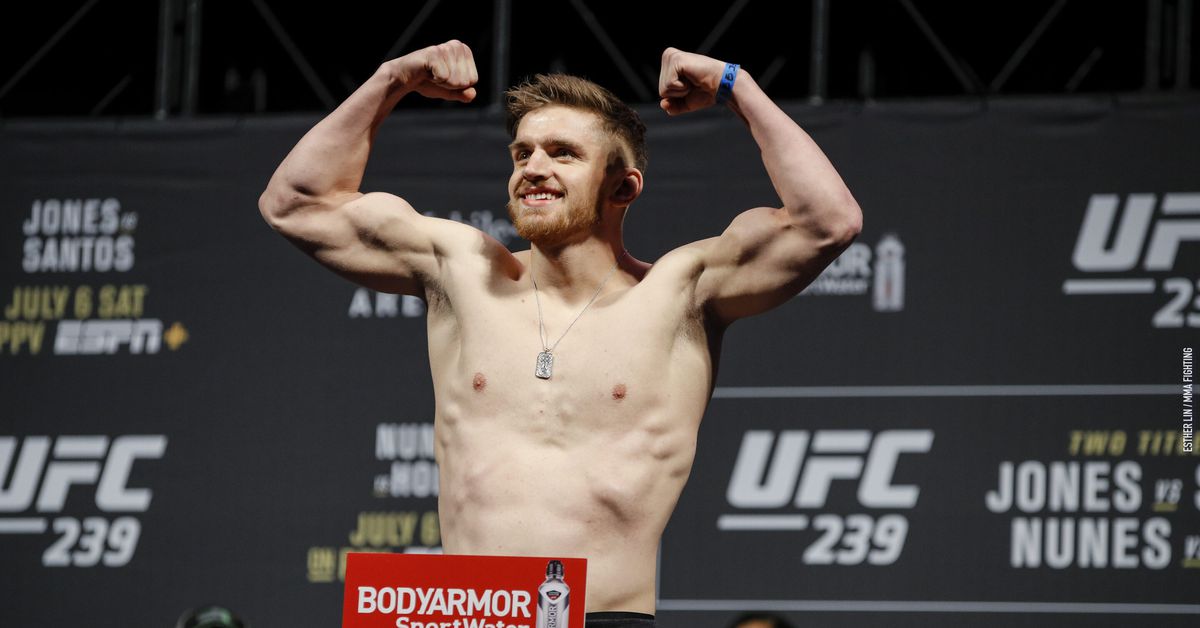 Edmen Shahbazyan had no problems making weight for his first UFC main event.

All but two of the 22 fighters scheduled to compete Saturday at UFC APEX in Las Vegas beat the scale, with the lone failed attempt belonging to bantamweight Jonathan Martinez. Martinez weighed in at 140.5 pounds, 4.5 pounds over the bantamweight limit, for his matchup with Frankie Saenz, who weighed in successfully at 136 pounds.

Martinez’s bout with Saenz will proceed at a catchweight with Martinez forfeiting 30 percent of his purse to Saenz.

A bout between Markus Perez and Charlie Ontiveros has been canceled. Ontiveros was to step in on short notice for Eric Spicely after Spicely withdrew Friday morning from Saturday’s card due to issues with his weight cut. At the end of the official weigh-in period, the bout was officially canceled by the Nevada State Athletic Commission and Ontiveros did not attempt to weigh in.

Check out the UFC Vegas 5 weigh-in results below.

**Ontiveros’ bout with Markus Perez has been cancelled per commission ruling. Ontiveros was stepping in on short-notice for Eric Spicely. He did not attempt to weigh in.