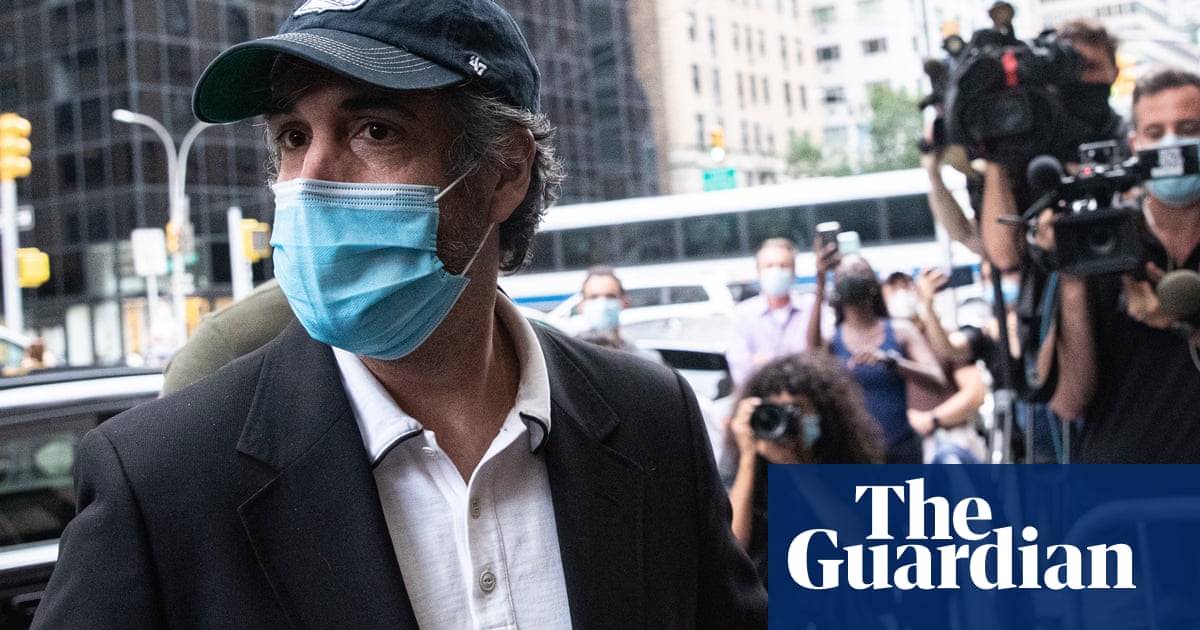 The Trump administration has dropped its attempt to stop Michael Cohen, the president’s former fixer and personal attorney, writing a tell-all book.

Federal government attorneys told a judge in New York “a specific provision regarding … contact with the media is not necessary” during Cohen’s home confinement.

In May 2019, Cohen began a three-year sentence for tax evasion, making false statements, lying to Congress and facilitating illegal payments to silence women who claimed affairs with Donald Trump, affairs the president denies. The 53-year-old was then released from a federal facility in New York state in May, over concerns about his health during the coronavirus pandemic.

Earlier this month, after tweeting that his book was nearly complete, Cohen was returned to prison. The American Civil Liberties Union joined a suit on his behalf and a judge in New York state ordered his return to home confinement, saying the government had retaliated against him by putting him back behind bars.

On Thursday, US attorneys told the same judge the government had dropped its support for a gag order to stop Cohen publishing a book. The government does not “intend to further litigate or appeal the court’s rulings”, they wrote.

The judge was yet to approve the deal.

The attorney general, William Barr, was named in the lawsuit which secured Cohen’s exit from prison. Before the House judiciary committee this week, Barr denied any knowledge of the decision to revoke Cohen’s release to home confinement.

Two recent attempts to stop tell-all books about Trump have also failed. Former national security adviser John Bolton’s The Room Where It Happened and Too Much And Never Enough: How My Family Created the World’s Most Dangerous Man, by Mary L Trump, the president’s niece, both became instant bestsellers.

Cohen has said his book is due out in September, shortly before the presidential election in November. His attorney, Lanny Davis, has said Cohen will provide “detailed daily, hourly, minute-by-minute direct evidence of Donald Trump’s lies and crimes under New York state law”.

Cohen’s work for Trump included intimidating journalists and making inconvenient stories go away. His downfall began in April 2018, when his New York office was raided on referral from Robert Mueller, the special counsel who investigated Russian election interference and links between Trump and Moscow.

Unlike Roger Stone, the political dirty trickster convicted under the Mueller investigation who had his sentence commuted, Cohen turned on Trump and cooperated with investigators.