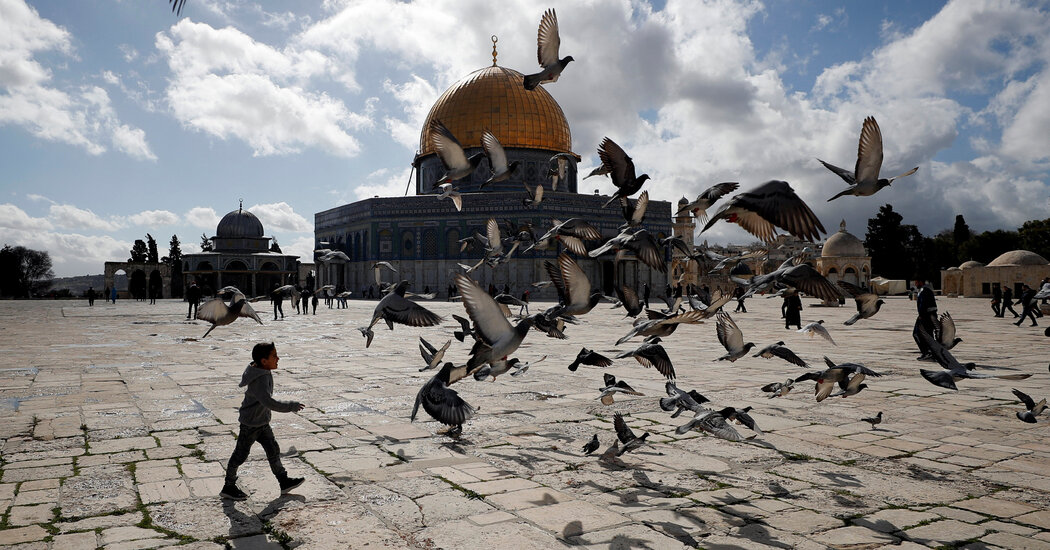 Let’s play the Israel-Palestine impossibility game. It’s timely because the two-state peace for which I have long argued is now widely deemed unattainable. The answer, as one of the most thoughtful observers of the conflict, Peter Beinart, has recently argued, must be one state with equal rights for Jews and Palestinians, “a Jewish home that is not a Jewish state.”

Beinart, the editor at large of Jewish Currents and a longtime two-state advocate, changed his mind. Yes, it’s still possible. He gave up a core conviction, based on the evidence. I salute that rare capacity in an America of declaimed certainties, even as I disagree.

Here we go. A two-state peace is impossible because the 53-year Israeli occupation of the West Bank has gone too far to be undone; because the conquest has become so accepted that only a handful of Jewish members of the Knesset will even use the word “occupation”; because Messianic Israeli nationalism, with its claim to all the land between the Mediterranean and Jordan River, has grown inexorably since the assassination of Prime Minister Yitzhak Rabin a quarter-century ago; because President Trump’s United States has given carte blanche to that nationalism through a so-called peace plan contemptuous of viable Palestinian statehood; because Israeli annexation of parts of the West Bank is a growing possibility invoked regularly by Prime Minister Benjamin Netanyahu; because some 640,00 Jewish settlers now live in the West Bank and East Jerusalem; because the Palestinians have never been weaker; because the Palestinians have never been more abandoned by Arab states; because the Palestinian Authority, a supposedly interim form of self-government, has become the corrupt, undemocratic agent of Palestinian emasculation; because the infrastructure and economy of Israeli dominion are irreversible; because power on the Israeli side corrupts and powerlessness for Palestinians leads to the chimera of victimhood; because young Palestinians now prefer the one-state idea; because Israelis, post-Oslo, have other things on their minds.

A one-state peace is impossible, on the other hand, because Jews who for millenniums dreamed of their own homeland will not suddenly concede this was misguided and believe, the Holocaust notwithstanding, in the kindness of strangers; because Jews had a “home” before in places like the Netherlands, France and Germany, and concluded from the way their patriotism led to annihilation that a home was not enough; because a United States of Jews and Palestinians in the Holy Land could never agree on a school textbook, or the composition of its army, or indeed the very name of the state; because Lebanon, Syria and Iraq suggest the limited chances in the Middle East of harmonious existence among different national and religious groups; because a country whose birth would be a day of liberation for half the population and for the other half a day of catastrophe is unworkable; because Palestinians and Jews singing “Kumbaya” together in the increasingly nationalist and discriminatory Israel of the Jewish Nation State Law is far-fetched; because the hatred between Jews and Arabs is more amenable to an equitable divorce than to forced cohabitation; because many Palestinians still seek the destruction of Israel and would see one state as the partial attainment of that goal; because geography and demography suggest one state would end up as an Arab state in Israel’s stead.

It’s a tough call. I think a two-state peace is less impossible and more desirable in part because I am sure the only way to something resembling one state, a confederation for example, is through the establishment of two states, Israeli and Palestinian, living beside each other in peace and security for decades.

When France and Germany, after 1945, opted for reconciliation after repeated wars, they did not abolish their borders; they knitted together forms of cooperation that ultimately made the borders invisible and irrelevant.

The two-state idea is comatose until Trump is gone, and Netanyahu is gone, and Mahmoud Abbas, the president of the Palestinian Authority, is gone — and then some. But it is no more “impossible” than was the fall of the Berlin Wall or the disappearance of the Soviet Union. “There is a distinction between a coma and being dead,” Jeremy Ben-Ami, the president of the nonprofit advocacy group J Street, told me.

But the one-state idea is dead on arrival. It does not add up, a 21st-century fantasy built on the pretense that the 20th century did not exist.

I mentioned personal conviction. People do not reason in a vacuum. I am not persuaded, as Beinart seems to be, that one state would guarantee Jews’ security, the ultimate raison d’être of Israel. Therefore, I cannot support it.

Here are my convictions, as I expressed them in a column six years ago. I have not changed my mind.

I am a Zionist because the story of my forebears convinces me that Jews needed the state voted into existence by United Nations Resolution 181 of 1947, calling for the establishment of two states — one Jewish, one Arab — in Mandate Palestine. I am a Zionist who believes in the words of Israel’s founding charter of 1948 declaring that the nascent state would be based “on freedom, justice and peace as envisaged by the prophets of Israel.”

What I cannot accept, however, is the perversion of Zionism that has seen the inexorable growth of a Messianic Israeli nationalism claiming all the land between the Mediterranean and the Jordan River; that has … produced the systematic oppression of another people in the West Bank; that has led to the steady expansion of Israeli settlements on the very West Bank land of any Palestinian state; that isolates moderate Palestinians … in the name of divide-and-rule; that pursues policies that will make it impossible to remain a Jewish and democratic state; that seeks tactical advantage rather than the strategic breakthrough of a two-state peace; that blockades Gaza with 1.8 million people locked in its prison and is then surprised by the periodic eruptions of the inmates; and that responds disproportionately to attack.

This, as a Zionist, I cannot accept. The way out of the impasse is the less impossible path: two states.