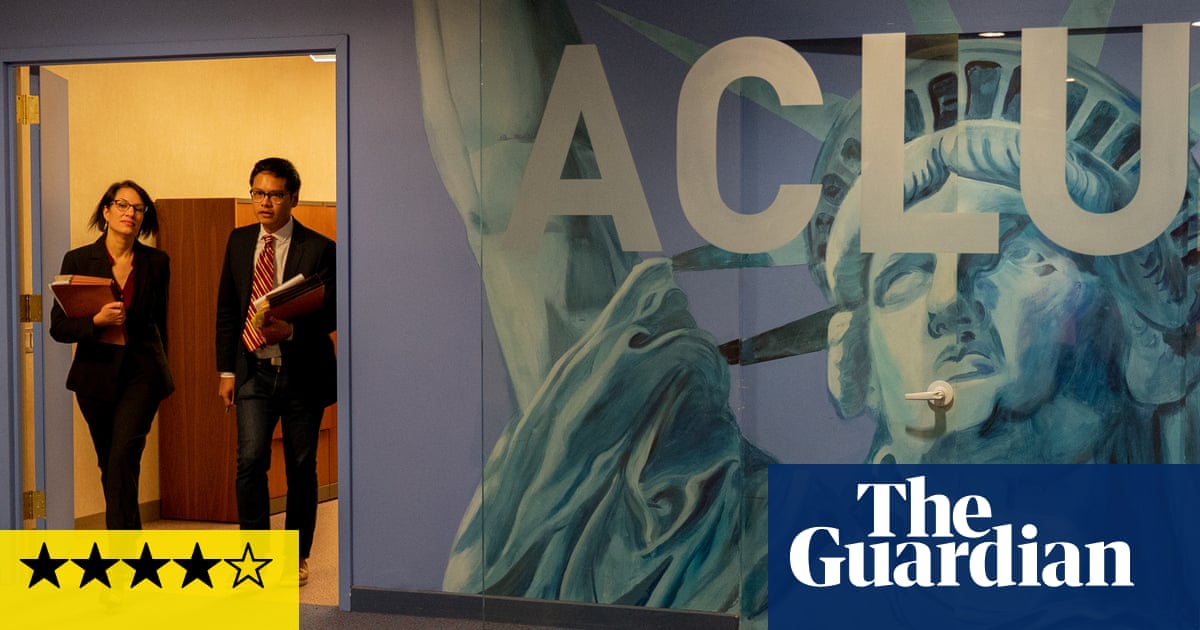 The title is apt for a documentary about the American Civil Liberties Union (ACLU), who got their always combative existence stepped up a notch with the election of Donald Trump in 2016. Now they found themselves fighting with the White House itself. This film features an Aaron Sorkin-style walk-and-talk tour around the ACLU offices in Brooklyn, New York, with its array of talented lawyers and heroic idealists.

It concentrates on four cases fought by them: the right of a migrant to an abortion, the right of transgender people to serve in the military, the right of migrants not to be separated from their children, and the right of US residents not to answer a new census question about whether they are US citizens. This apparently innocuous query was cunningly designed to reduce the ostensible population size (and federal aid budgets while creating space for tax cuts etc) as migrants fearfully decline to answer.

It also, insidiously, is intended to start a media row on this very point and crank up a value-for-money Kulturkampf against the alien outsider, a census question costing so much less than a wall. It should also be said – and this film could and should have said it – that the grotesque policy of separating migrants from their children was specifically designed to create a spasm of horror in the media (and the ACLU) for its deterrent effect, certainly, but mostly, yet again, to provide raw material for the Fox News Theatre of Cruelty.

This film is a lively and watchable account of the full-tilt battle being fought by the ACLU, with its chief lawyer, Lee Gelernt, at the helm, a man addicted to Diet Coke and stress, at one point heading to emotional meltdown as he realises he doesn’t know where or how to plug in his smartphone charger. The film’s structural flaw is that it doesn’t quite know how to handle the most controversial moment in ACLU history: sticking toughly to the principle of free speech for all, it defended the right of racist Charlottesville protesters to rally in 2017, an event that led to a fatality. Maybe the whole film should have been about that one case. Well, the census-question case gives this its rousing finale. It creates, however, a possibly misleading impression of victory.

• The Fight is available on digital platforms from 31 July.