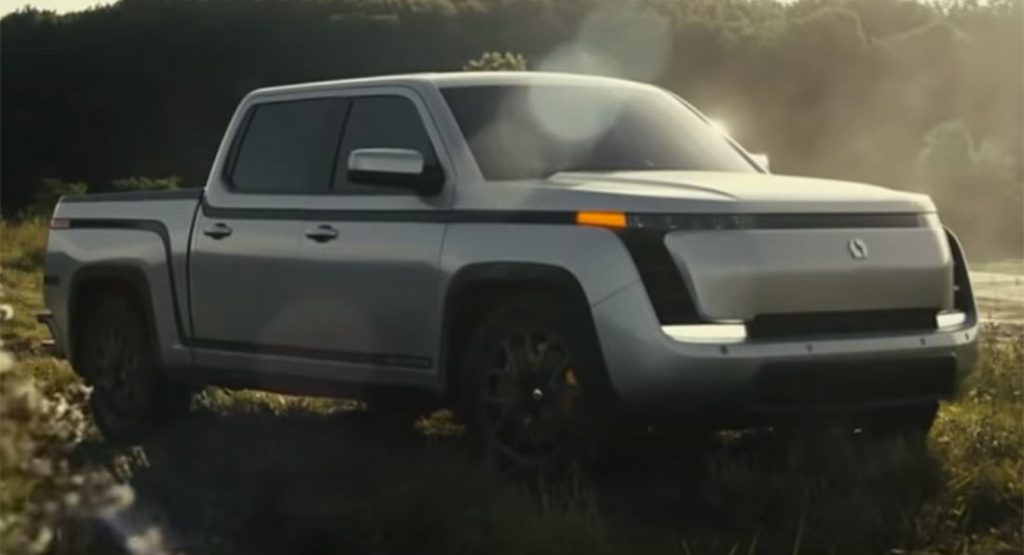 A month after the all-electric Lordstown Endurance was unveiled, the startup has released a video promoting the electric pickup.

Whereas the Tesla Cybertruck will largely be sold to tech-geeks and the Rivian R1T is being marketed towards those with adventurous lifestyles, Lordstown is positioning the Endurance as a pickup that blue-collar workers can use on a daily basis.

This is particularly evident in the clip as Lordstown shows the Endurance being used at a farm, a workshop, and large factories. Evidently, Lordstown doesn’t envision its pickup as being the type of vehicle customers will use in urban environments. The company also showcases the truck’s towing capacity in the clip.

Unlike the Tesla Cybertruck and the Rivian R1T, the Lordstown Endurance features four in-wheel electric motors. While the company has yet to reveal the capacity of the truck’s battery pack, we’re told the truck is good for 600 hp and will have a range of 250 miles (402 km) on a charge.

Lordstown says that it will take roughly 10 hours to charge the Endurance to 95 per cent state of charge via a Level 2 charger or between 30 minutes and 1.5 hours through a Level 3 DC fast-charger. It will also include 120V and 30 camp sockets to make it ideal for plugging in power tools and other accessories. Towing capacity has been rated at 7,500 lbs (3,400 kg).

Production of the Lordstown Endurance is scheduled to commence next year. In fact, the company wants to beat all of its electric pickup rivals to the market.