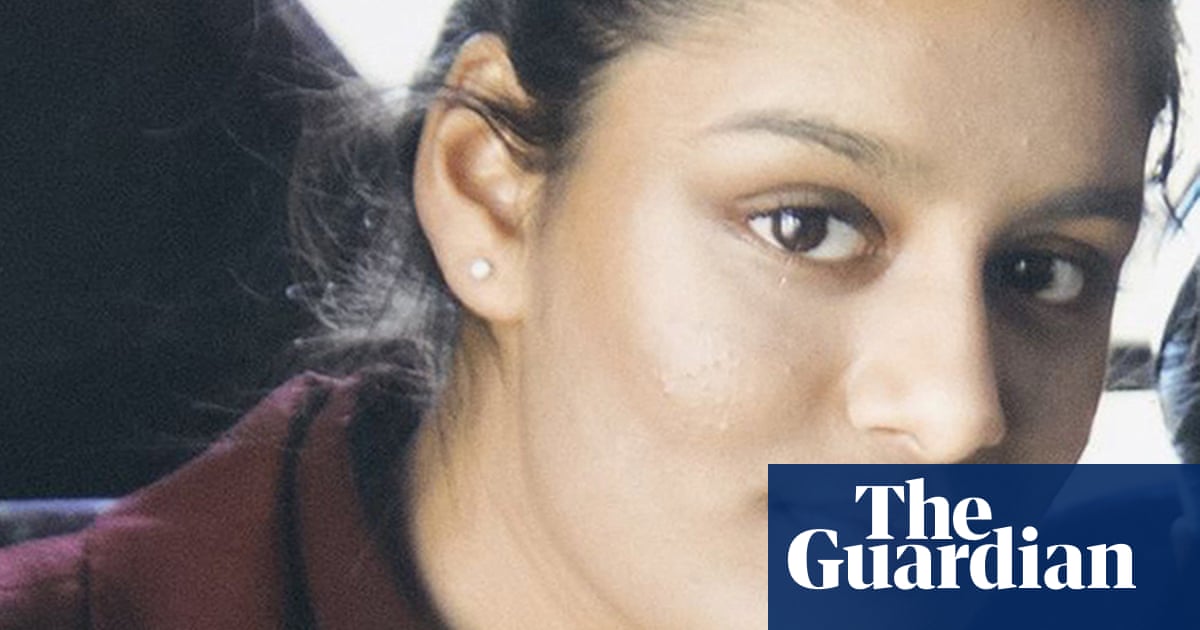 The UK’s highest court is to consider whether Shamima Begum, who left London as a schoolgirl to join Islamic State in 2015, should be allow back into the UK to fight the stripping of her British citizenship.

Begum, 20, fled to Syria as a child to assist Isis in its mission to establish a caliphate. She lived under Isis rule for more than three years before she was found, nine months pregnant, in a Syrian refugee camp in February last year. She had already lost two children and the third died shortly after being born.

Earlier this month, the court of appeal ruled that the only way Begum could have a fair and effective appeal was if she was permitted to come to the UK.

At a remote hearing on Friday, the court of appeal granted the Home Office permission to appeal against its ruling at the supreme court.

Lady Justice King said the case raised “points of law of general public importance” which should be considered by the UK’s highest court.

The judge also granted permission for Begum’s lawyers to challenge the court of appeal’s decision that the absence of a fair and effective appeal did not mean her British citizenship should be restored, subject to the supreme court accepting that part of the case.

Sir James Eadie QC, for the Home Office, earlier said there was “a big issue at stake”, namely “what principles and approach should govern a case in which someone at present cannot have a fair and effective hearing in a deprivation appeal, but they cannot do so because they have placed themselves, not as a result of any of the Secretary of State’s actions, [but] where that is the result of going abroad and aligning with terrorist groups”.

Sir James said it was “an issue of real pressing public importance”, which was “perhaps the central democratic issue of our times”.

He added: “This cannot be assumed to be unique or even, given the number of people who have aligned in this way, to be a highly unusual case.”

Sir James said Begum was “in precisely the category that causes real concern”.

He submitted that, while there may be “some potential for sympathy in light of the age she was when she left the jurisdiction … she did leave the jurisdiction with the intention of, and then did align with violent extremists in Syria”.

Begum was one of three schoolgirls from Bethnal Green Academy who left their homes and families to join Isis, shortly after Sharmeena Begum, who is no relation, travelled to Syria in December 2014.

Kadiza Sultana and Amira Abase, then 16 and 15 respectively, and Begum boarded a flight from Gatwick Airport to Istanbul, Turkey, on 17 February 2015, before making their way to Raqqa in Syria.

Begum claims she married the Dutch convert Yago Riedijk 10 days after arriving in Isis territory, with all three of her school friends also reportedly marrying foreign IS fighters.