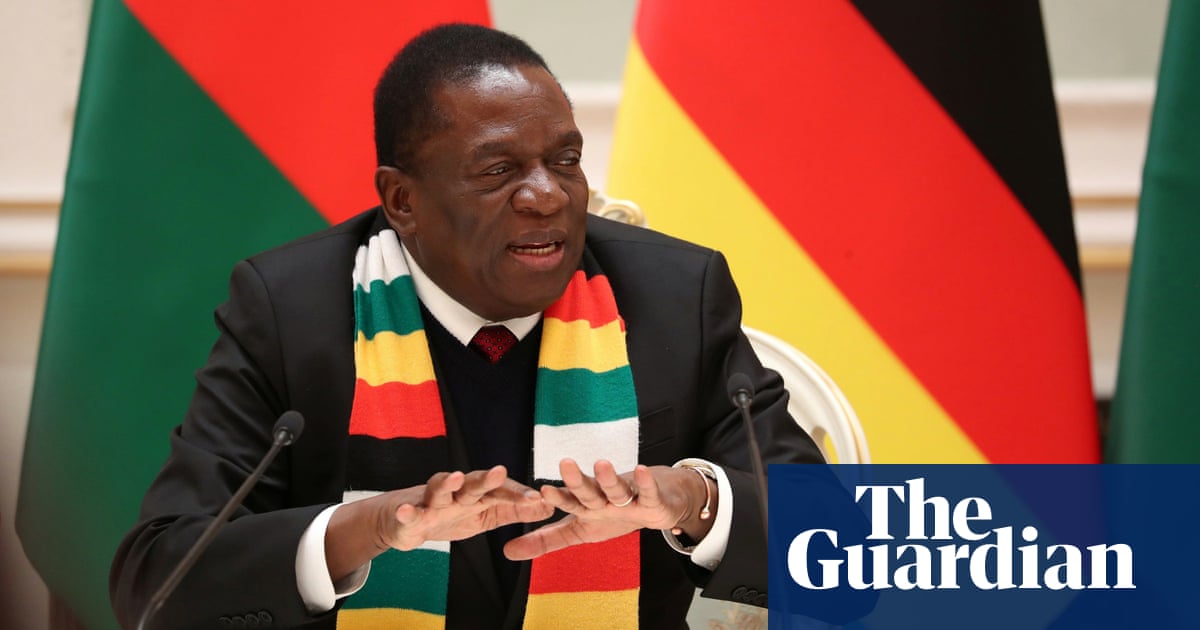 Hundreds of police and soldiers have been deployed on the streets of cities across Zimbabwe ahead of planned anti-corruption demonstrations on Friday.

Recent weeks have seen rising tensions in the poor southern African country as security agencies have sought to stifle widespread anger at soaring prices, inadequate public services and allegations of graft at the highest levels of President Emmerson Mnangagwa’s government.

Police have warned that anyone attending the protests will “only have themselves to blame” and government officials have described the protests, which have been banned under restrictions on social gatherings during the Covid-19 pandemic, as a “planned insurrection”.

Zimbabwe brands US ambassador ‘a thug’ as crackdown on dissent intensifies

“It must never be in doubt that the objective of these rogue Zimbabweans acting as in cahoots with foreign appendages, supporters, and financiers … is to overthrow our democratically elected Government,” Mnangagwa said on Wednesday.

“I want to warn the organisers of this ill-fated demonstrations that our security services will be vigilant and on high alert to appropriately respond to their shenanigans … I urge all patriotic and law-abiding citizens to shun these malcontents and reject their divisive and ruinous plan.”

Similar accusations of foreign interference were systematically levelled for much of the rule of Robert Mugabe, the dictatorial former ruler who was ousted in a military takeover in 2017.

The protests come amid an intensifying crackdown on opposition and union activists, and heightened rhetoric directed at western envoys.

On Thursday night there were reports that unidentified armed men, believed to be from a government security agency, raided the home of the editor of an investigative news website and abducted his sister on finding that he was absent.

Earlier this week, Zimbabwe’s ruling party threatened the US ambassador with expulsion, after calling the diplomat “a thug” who was fomenting unrest by funding protest organisers.

On Thursday, a court denied bail to opposition politician Jacob Ngarivhume and journalist Hopewell Chin’ono, who has been an outspoken critic of corruption.

The 49-year-old journalist is awaiting trial for incitement to public violence by promoting Friday’s protests.

Both Chin’ono and Ngarivhume, who face similar charges, deny any wrongdoing and could face up to 10 years in prison if convicted.

Fadzayi Mahere, the spokesperson of the main opposition party, the Movement for Democratic Change, told the Guardian that the “state is at war with its citizens.”

Mugabe’s fall raised fleeting hopes of reform and a potential diplomatic rehabilitation for the former British colony. Without better relations with the US, there is little hope of a desperately needed economic bailout for the heavily indebted state.

The announcement earlier this week of billions of dollars of compensation for white commercial farmers forced off their land 20 years ago may have been an effort to deflect some of the criticism levelled at Zimbabwe by western powers, and an acknowledgement that the country desperately needs assistance.

The United Nations World Food Programme (WFP) warned on Thursday that by year’s end, 8.6 million Zimbabweans –60 percent of the population – will need aid to stave off malnutrition.

“Many Zimbabwean families are suffering the ravages of acute hunger, and their plight will get worse before it gets better”, said Lola Castro, WFP’s Regional Director for Southern Africa. “We need the international community to step up now to help us prevent a potential humanitarian catastrophe.”

The economic crisis has been aggravated by the pandemic. There are currently nearly 3,000 confirmed cases of Covid-19 in Zimbabwe and 41 deaths, though most observers say official figures vastly underestimate the spread of the disease. Perrance Shiri, Zimbabwe’s Agriculture Minister, died of an undisclosed illness, widely thought to be Covid-19.

A nationwide lockdown, reinforced last week, has prevented many inhabitants of towns and cities from earning a living. Unemployed migrants are now returning to their villages in rural areas, increasing the burden on households already suffering from the absence of the vital remittances they once provided.