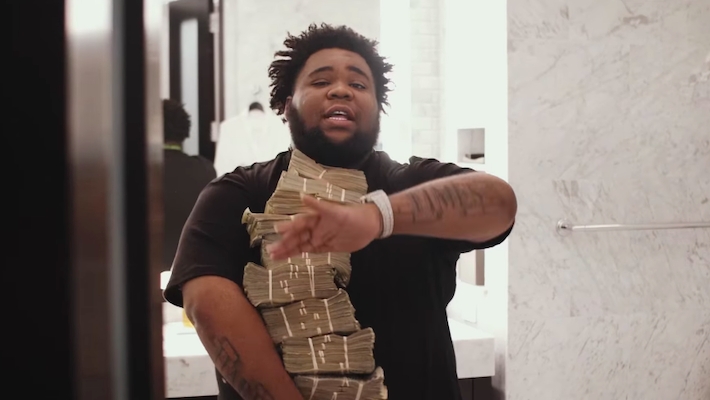 St. Petersburg, Florida trap crooner Rod Wave is experiencing a breakout year after the release of his April album, Pray 4 Love. The album debuted at No. 2 on the Billboard 200, giving the emerging star an enviable boost in recognition. He continues to capitalize on that newfound attention, releasing videos for numerous album standouts like “F*ck The World,” “Girl Of My Dreams,” and “Though The Wire.”

Today, he continued that streak with the release of a new video, “Freestyle.” Adopting a straightforward approach over a soft piano melody and scintillating drums, Rod rap-sings reflectively about his come-up. “Tried to tell my momma she don’t gotta work no job,” he reminisces. “But she the one who taught her baby boy to hustle hard / Said, ‘Don’t you never put your trust in men, believe in God’ / Say it’s some sh*t from way back in the day that left her scarred.”

“Freestyle” is the first single from the upcoming deluxe edition of Pray 4 Love, which contains 11 new tracks, including appearances from Lil Baby and Yo Gotti, reflecting the young rapper’s rising profile. The deluxe edition is expected to drop August 7.

Pray 4 Love deluxe edition is due 8/7 via Alamo Records.