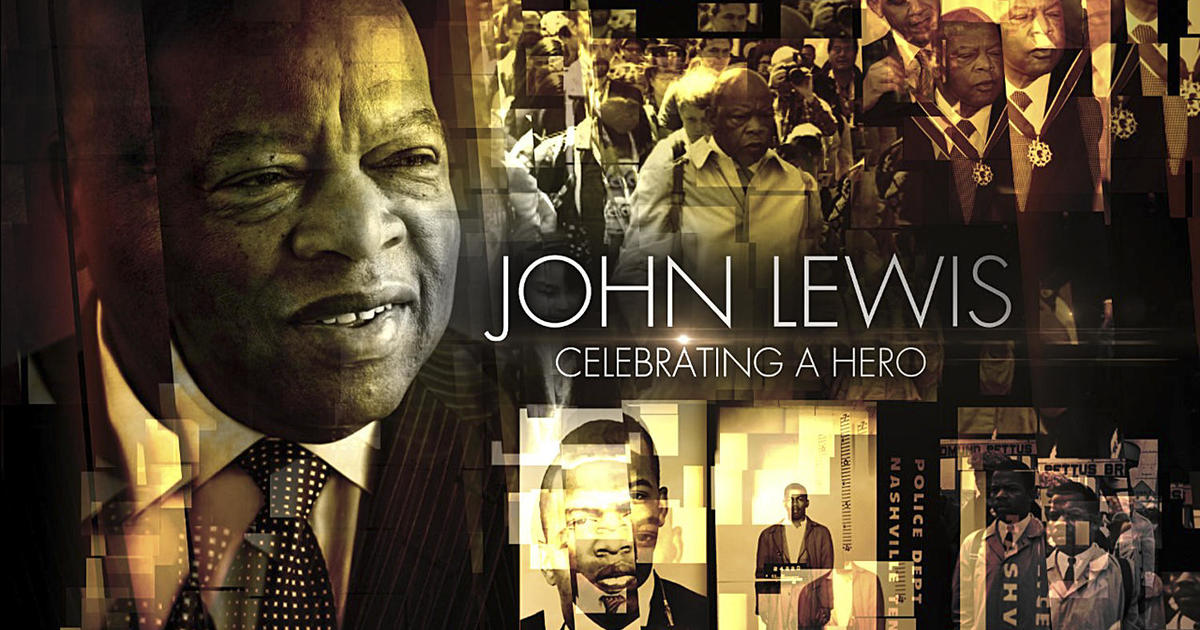 CBS will honor the enduring legacy of Rep. John Lewis and his mission of getting into “good trouble” with “John Lewis: Celebrating a Hero.” The primetime special will feature unique musical performances, newsmaker interviews, inspirational conversations and more, to celebrate a life that changed the country.

The one-hour special, hosted by Oprah Winfrey, Tyler Perry, Gayle King and Brad Pitt, will be air on Tuesday, August 4 at 10 p.m ET/PT. on the CBS Television Network.

The special will also be telecast at a later date on ViacomCBS brands BET, MTV and Smithsonian, as well as OWN: Oprah Winfrey Network.

A Jesse Collins Entertainment production in partnership with CBS Entertainment and CBS News, the special will take viewers on a journey into Lewis’ remarkable life, his work and the principles that guided him: wisdom, courage, power, faith and inspiration. Blending powerful reporting, unique music performances and interviews that celebrate and honor Lewis’ many contributions to the country, the special will feature unique pairings and performances by Yolanda Adams, Jon Batiste, Common, Jennifer Hudson, John Legend, Trevor Noah, Billy Porter and Wynonna.

“John Lewis was an extraordinary man,” Winfrey said. “A man of great vision who lived a life with the purpose of making sure America lived out its ideals.”

“This is a celebration of the ‘boy from Troy,'” said Perry. “A forefather of the civil rights movement, who would live to see his contributions for equality result in witnessing the swearing in of the first Black United States president.”

“His commitment to the cause was unwavering, his sacrifices immeasurable,” said King. “And he should forever be remembered in the ‘pantheon of patriots.'”

Susan Zirinsky, president and senior executive producer of CBS News, said “Congressman Lewis was one of the most prominent and forceful voices for change in this country. Losing that voice now is so difficult as the country confronts structural racism. But John Lewis gave us the will and the way to continue his work.”

“This special reminds us the journey will not be easy, and there’s no turning back.”

“Representative John Lewis exemplifies a civil rights leader who never gave up and served as an inspiration to multiple generations of Americans,” said Kelly Kahl, president of CBS Entertainment. “This special will celebrate with inspiring words and heartfelt music the many contributions of a man who lived his life selflessly and will always be remembered as a beacon of courage, honor and hope.”

Lewis, a civil rights icon who helped organize the 1963 march on Washington, D.C., and served in Congress for decades, died July 17 after a battle with pancreatic cancer at the age of 80. Using CBS News’ deep archive and new interviews, the special tells the journey of Lewis’ extraordinary life through the principles that guided him. The special will explore Lewis’ life before the civil rights movement, his work alongside Dr. Martin Luther King Jr., his efforts to fight against bullies and bigots, his unmatched work in Congress and his devotion to faith.

Jesse Collins Entertainment (JCE) is a full-service television and film production company and has played an integral role in producing many of television’s most memorable moments in music entertainment. JCE has a multi-year overall agreement with ViacomCBS Cable Networks. On the theatrical film side, the company also has a first look on JCE’s film development projects, which could include ViacomCBS’ film entities such as Paramount Players.