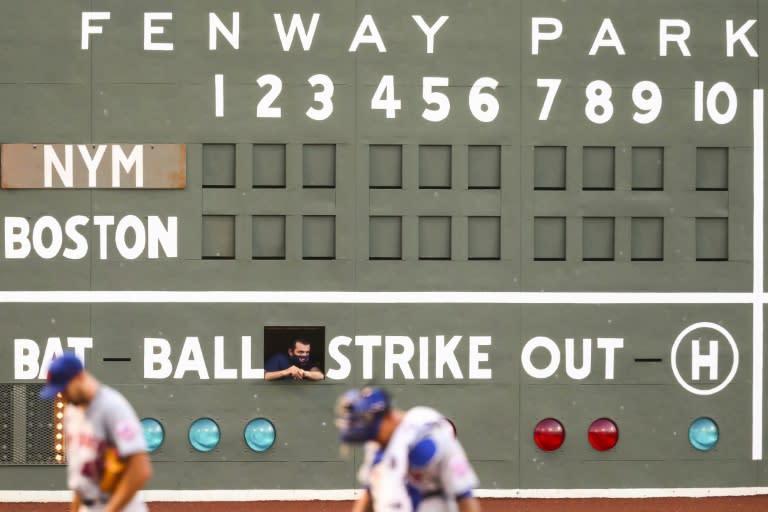 New York (AFP) – Major League Baseball and its players union agreed Friday to reduce all games played as part of doubleheaders to seven innings rather than nine for the remainder of the 2020 season.

The MLB Players Association and the league agreed to the reduction in length to twin-bill games starting Saturday in the interest of player health and safety in a season already disrupted by the coronavirus pandemic.

The change, made only for this season, will help ease the load on pitchers and teams, some of which are already coping with multiple positive COVID-19 tests with the two-month campaign only nine days old.

“Given the frequency of doubleheaders, the effects of doubleheaders on rosters, and the need to reschedule games due to dynamic circumstances, both the clubs and the players have determined that this step promotes player health and safety,” a joint statement announcing the move said.

An automatic runner will be placed on second base after the seventh inning rather than the ninth for each game of a doubleheader under the rule, the runner being established for the 2020 season to try and shorten games that stretch beyond the minimum innings.

While MLB has used nine innings as a standard for all games, US minor-league and college teams have regularly used seven innings for doubleheader games.

But it has been more than a century since two games in any MLB doubleheader went 14 innings or fewer.