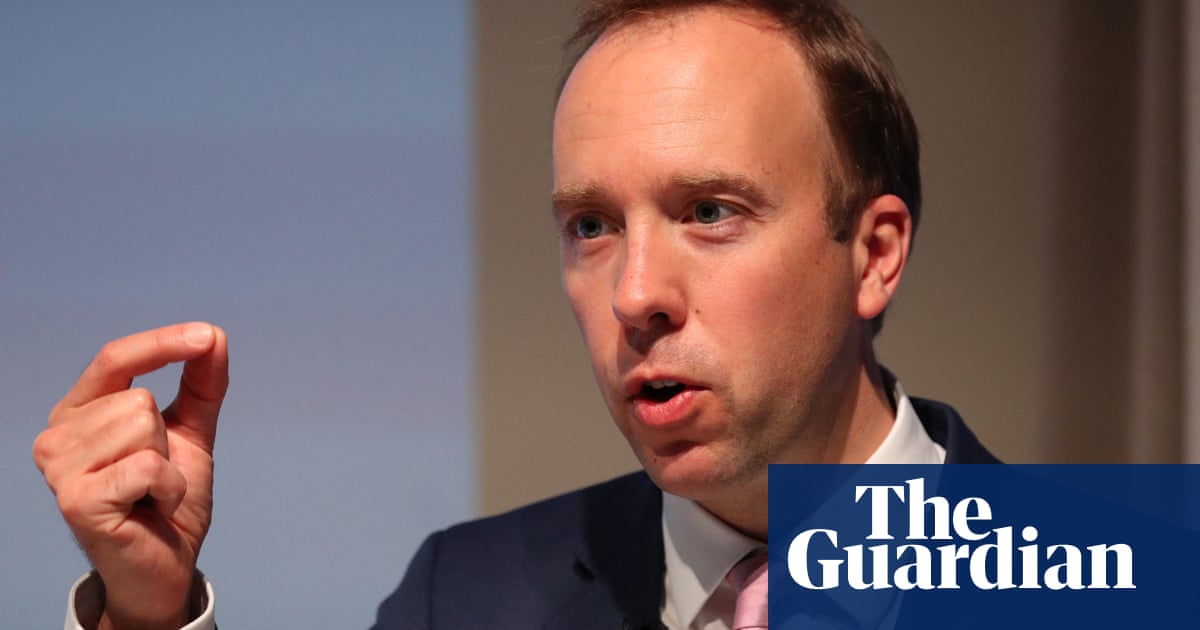 Matt Hancock has defended the imposition of new lockdown regulations on more than 4 million people in northern England with only two hours’ notice, amid criticism from Conservative MPs and confusion about the rules.

The health secretary announced on Twitter on Thursday night that from midnight people from different households in Greater Manchester, parts of East Lancashire, West Yorkshire and Leicester would not be able to meet each other indoors or in their gardens.

The measures were introduced on the eve of Eid al-Adha celebrations, which would have been marked in many of the areas affected, and their introduction was caused largely by people “not abiding to social distancing”, Hancock said.

The measures drew immediate criticism from three Tory MPs, including Sir Graham Brady, the chair of the backbench 1922 Committee who represents a Greater Manchester seat, who complained that the blanket ban did not take into account local factors.

Hancock defended the move on Friday morning, insisting the new rules were “absolutely crystal clear” and that there had been increases in the number of cases “across the board in Greater Manchester”.

However, there was confusion following Hancock’s morning interviews about whether households in the affected areas would be allowed to visit people’s homes outside the restricted zone.

The official guidance suggests this would be illegal but Hancock initially suggested it would be allowed as long as people adhered to social distancing, telling BBC Breakfast: “Strictly, the law that we’re bringing in is that two households cannot meet in the area defined but obviously any two households should follow the social distancing rules.”

Later on BBC Radio Manchester he suggested that visiting households outside the affected area was “against the advice” but suggested it would not be covered by law, saying there was a “distinction between the guidance and the law on this issue”.

However, this appears to be against the official advice published on Friday morning. The DHSC has been contacted for clarity.

Hancock appeared to struggle when pressed on the issue by BBC Radio Manchester presenter Becky Want, saying: “I’ll make it absolutely clear, which is that there’s a distinction between the guidance and the law. I will absolutely get back to you with the exact … ” before his words became inaudible.

Asked four times whether a household in the affected area could visit someone who was not, he then said: “No, because that is against the advice but the point I was making is about the specifics of the law, which is that this law applies to people who are in the affected area.”

Jonathan Ashworth, Labour’s shadow health and social care secretary, said the party understood why additional measures had to be taken but the way the announcement was made had caused “widespread confusion, anxiety and upset”.

The Labour leader, Sir Keir Starmer, said announcing the lockdown measures “late at night on Twitter” was “a new low for the government’s communications during this crisis”.

Jason McCartney, the Tory MP for Colne Valley in West Yorkshire, said he expressed “surprise and disappointment” with the government and Dido Harding, the executive in charge of the NHS test-and-trace system, that his constituency was included in the new restrictions.

The Conservative MP William Wragg, who represents the Hazel Grove constituency on the border of Greater Manchester and the Peak District national park, said: “Greater Manchester is not one homogeneous area. We must always err on the side of caution with Covid but to treat all 10 boroughs the same is not the right approach. I will update constituents as soon as I am given further information, other than what has been announced.”

The move also drew criticism from police representatives. Brian Booth, the chairman of West Yorkshire Police Federation, said frontline officers had with barely any notice been told to stop families from celebrating Eid at each other’s homes.

He added: “Yet again we are struggling to police – and get to grips with – what can only be described as haphazard announcements made by the government in relation to tighter Covid-19 restrictions. It is an absolute nonsense that we as the police service have not been afforded the time to put things in place prior to an announcement.”

For Bradford councillor, Tariq Hussain, the timing of the lockdown was “sacrilege” and he predicted rising tensions amongst communities. “We are in a catch-22 situation where the Covid rates are going up and we need to control it, but a lockdown on the eve of Eid when families were due to see each other is just a farce,” he said.

Mustafa Graf, the imam at Didsbury mosque in Manchester, who had just finished leading Eid prayers, said: “I know people are upset but we have to understand the gravity of this situation and it is an emergency. We won’t be able to see each other today but we must remain patient.”

In 13 of the 19 local authority areas affected, the rate of Covid-19 in the seven days to 27 July has risen, with 1,536 cases recorded across all the areas in a week.

The number of cases has risen in nine out of 10 boroughs in Greater Manchester this week, having been falling last week, according to the region’s mayor, Andy Burnham. In Rochdale, the one borough where cases had fallen, the rates were still too high, he said.

In many of the areas, the recent jump in cases had been attributed to an increase in transmission in multigeneration households, generally in more deprived parts of the towns and cities, and with many working in at-risk occupations such as warehouse workers, taxi drivers, and health and care staff.

A government press release setting out some of the rules was issued at 11.19pm – 41 minutes before they came into effect – and two hours after Hancock announced them on Twitter. More detail of the measures was released on Friday morning.