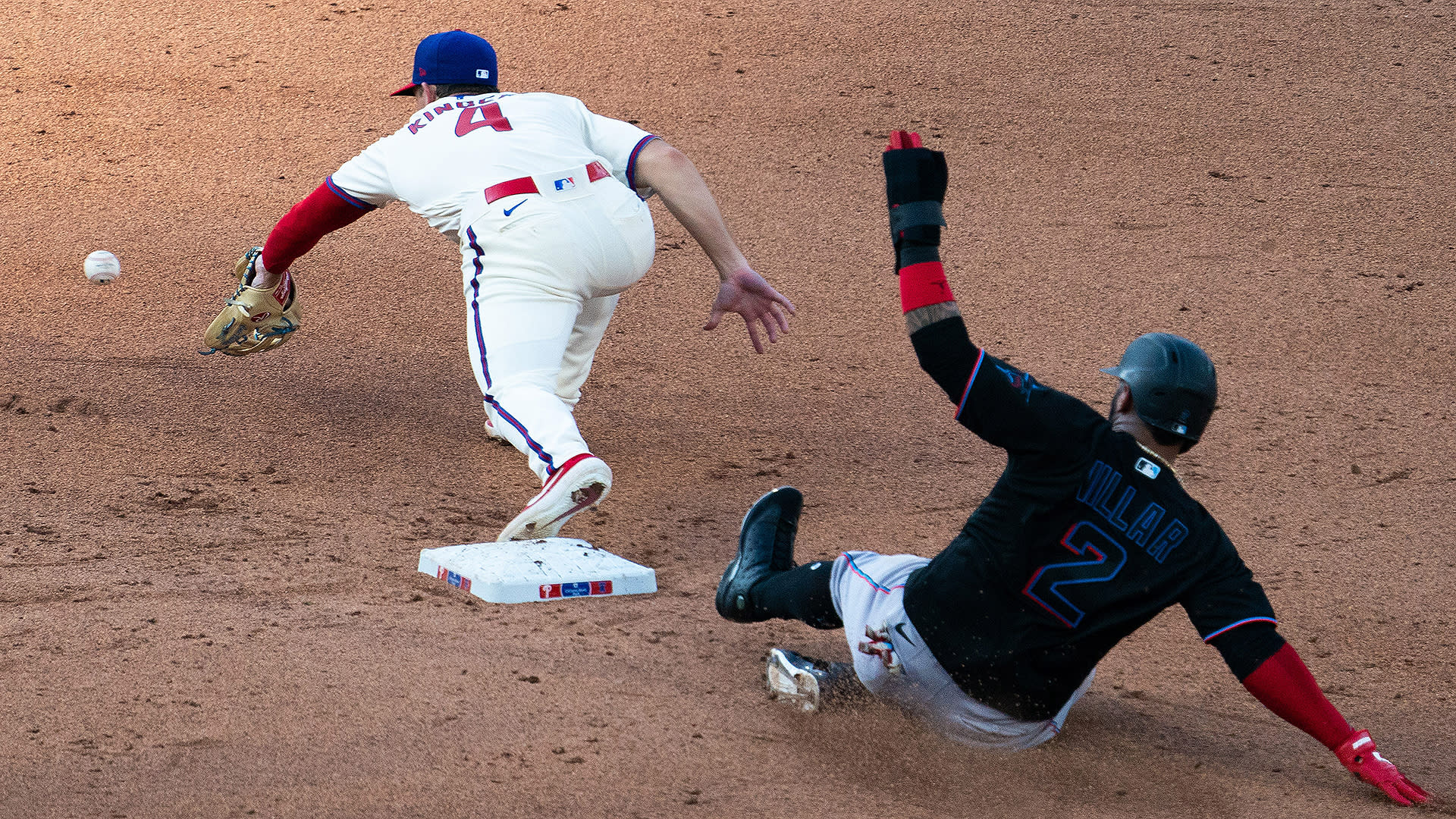 In need of players after 17 of their 30 reportedly tested positive for COVID-19, the Marlins have agreed to deals with a couple of recent ex-Phillies.

The Marlins have added utilityman Logan Forsythe, who was granted his release ahead of opening day by the Phillies after he was told he wouldn’t make the team, and Mike Morin, a right-handed reliever who made 29 appearances with the 2019 Phils.

The Marlins will continue to make moves like this because, when their season continues, they will need a semblance of big-league quality talent to be competitive with such a large portion of their roster unavailable.

There was a belief that Sanchez could join the Marlins early in their 2020 campaign but that no longer appears to be the case. Sanchez did not pitch in spring training and is still building arm strength and stamina at the Marlins’ satellite site in Jupiter, Fla.

Sanchez, of course, was the Phillies’ top prospect before they traded him to Miami with Alfaro for J.T. Realmuto in February 2019. Sanchez, who turned 22 on Wednesday, entered the season as MLB.com’s 22nd-ranked prospect.

Villar was traded by the Phillies 10 years ago this week with J.A. Happ and Anthony Gose to the Astros for Roy Oswalt. Villar has turned into a pretty good big-league infielder over his eight seasons in Houston, Milwaukee, Baltimore and now Miami. His best year was 2016 when he hit .285 for the Brewers with an .826 OPS, 19 homers and 62 stolen bases.

Dickerson went 4 for 13 in the season-opening series against the Phillies and homered off of Nick Pivetta. Had the Phillies known last offseason that the DH would be coming to the National League, they may have made more of an effort to re-sign Dickerson, who raked here last season but didn’t have an everyday spot in the outfield.

More on the Phillies