When you are the creator of one of the most popular sitcoms in recent years, a series that has gone from underdog to global phenomenon, the easiest option would be to rest on your laurels and write what you know. But Lisa McGee doesn’t believe in easy options. “My main thing right now is, don’t come expecting it to be funny,” she says with a laugh. “If anybody settles down to watch this expecting it to be like Derry Girls, then they’re going to be really disappointed.”

The 39-year-old creator of the hit Channel 4 sitcom has a new series, The Deceived, airing on Channel 5 from Monday to Thursday next week – which McGee co-wrote with her husband, the actor and writer Tobias Beer. Gone are the belly laughs of Derry Girls: instead, this is an atmospheric thriller in the Daphne du Maurier mould. “Basically, me and my husband really like old movies like Dial M for Murder and Rebecca and wanted to create a show that paid homage to that genre and was also just a really good thriller where you can’t wait to find out what happened next.”

At its heart is a love triangle between a charismatic university lecturer (Emmett J Scanlan), a student he teaches (Emily Reid) and his glamorous wife (Catherine Walker), who dies in mysterious circumstances while back in the family home in the isolated wilds of Donegal. 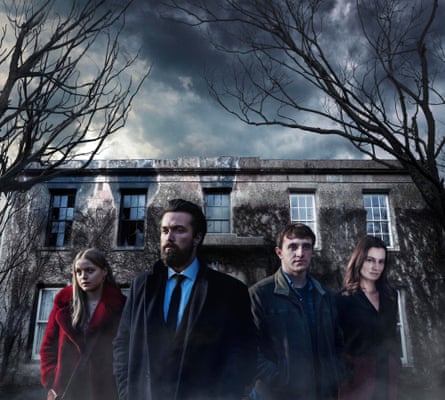 “One of things that most interests me about Rebecca, both as a book and a film, is the relationship between the two women [Rebecca and the second Mrs de Winter],” says McGee. “Her obsession is really with the other woman and that’s what sort of fascinated me when we came to writing this. What if she went to Donegal for one reason, but soon found herself caught up in a very different sort of story, almost haunted by the other woman. It’s really as much a ghost story as it is a thriller.”

Adding some extra spice to an already intriguing mix is the presence of the in-demand Paul Mescal (an Emmy nominee, as of this week) in his first post-Normal People role. “It’s hilarious how big he is now because he did this just after Normal People so obviously he didn’t know, and we didn’t know, that he was about to become one of the most famous men on the planet. We were very lucky and pretty thrilled to get him.”

Did she feel tempted to give him some advice on what it feels like to become an overnight sensation? McGee laughs. “The last three years have been a bit of a rollercoaster,” she admits. “Up until now, I’ve been working so hard and it’s been so crazy. So I suppose one of the things that the last few months has given me is the chance to think: ‘Wow, did that all really happen?’”

The biggest surprise was that this comedy about a gang of daft teenage girls in a small city in Northern Ireland in the mid-90s became a huge hit not only in the UK and Ireland, but around the globe. “We get letters from fans in Mexico and India saying how much they love the show. It’s quite crazy, but I think the thing that really connects is the Irish mum, that notion of matriarchs speaks to everyone, everywhere. It’s been lovely because this is the show that I will be proudest of when I’m really old. Because I wrote it the way I wanted to and I hope it does Derry proud.”

She is working on the third series, but admits it is hard to predict when it will return. “We’re not sure when, or really how, we’re gonna get back and, yeah, that has been really hard for the cast in particular,” she says. “The problem with Derry Girls is that a large part of the premise is how many people can you fit in a really small space, so in that sense it’s just the worst show for this time. We’re having loads of discussions and the director Mike [Lennox] is trying really hard to figure it all out. What we definitely don’t want to do is compromise it.” 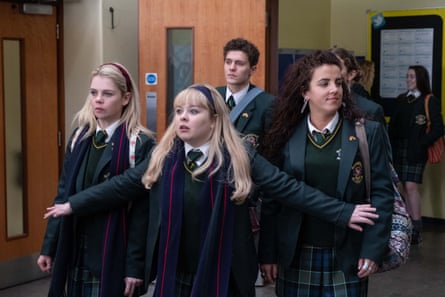 Derry Girls has been a global hit. Photograph: Peter Marley/Channel 4

The new series will tackle the notion that the fear McGee grew up with – not bombs or paramilitary shootings, but the prospect of peace. “I wasn’t really afraid until the peace process started, because that was when I realised that I had something good that could be taken away,” explains McGee. “It’s really scary, the possibility that this whole thing won’t work, that we’ll screw it up. You’re being given hope, but you’re also terrified that hope will be removed. I wanted to look at how vulnerable that can leave you.”

If that sounds more serious than the standard joke-packed episode of Derry Girls, then it is in part because McGee has been worrying a lot of late about Brexit, and the febrile political situation in Northern Ireland, about protests in the streets and the murder in Derry of the young journalist Lyra McKee.

“That was just so horrific. There was a lot of anger in Derry because there was this feeling of: ’We’re not in the 80s or early 90s any more,’” she says. “Also McKee had been welcomed into the city, her partner was a Derry woman, so, yes, there was a lot of anger that she’d come to this city to start a new life and then this happened. A lot of the reaction was driven by that notion of: ‘No, we’re not going to go back there, you’re not going to drag us back.’”

She pauses. “So, yeah, that’s the politics side,” she says. “But, obviously, this is still Derry Girls, so the focus is still on what it’s like to be a teenager and that feeling that everything can change within 24 hours.” She laughs again. “Plus lots of jokes about nuns … because, let’s be honest, Catholicism is the gift that keeps on giving when you’re a writer and nuns are just pretty funny, full stop.”