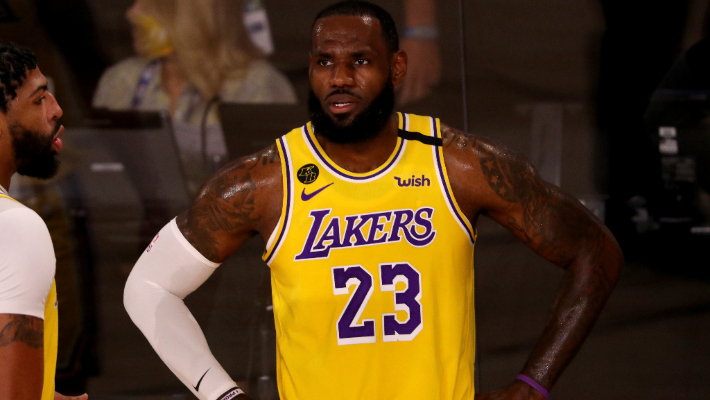 The first night of the NBA’s restart delivered two exciting, albeit sometimes sloppy, games as the Jazz came back from 16 down to beat New Orleans on a late bucket and the Lakers managed to edge their chief rivals in the Clippers in a 103-101 win in the nightcap after both teams traded leads in the second half.

For much of the game, LeBron James was struggling with his shot, as he was 4-for-14 to start the game with only 12 points midway through the fourth quarter. He finished with 16 points, 11 rebounds, and seven assists on 6-for-19 shooting as there was some understandable rust on his game. While James struggled, Anthony Davis carried the load with 34 points and eight boards, living at the charity stripe, as he was 16-for-17 from the free throw line.

However, in the closing minute, it was James that delivered as he so often does on both ends of the floor to give the Lakers the win over their rivals and ensure they enter the playoffs with the top seed in the West. In a game that was marred at times by a quick whistle from the referees, the closing minute was exhilarating. The Clippers, who had led by as many as 11 in the second half, trailed in the fourth quarter, but Paul George and Kawhi Leonard helped claw their way back in it, with George making a late pull-up three-pointer to tie the game.

On the ensuing possession, James didn’t get the call on a runner from the free throw line, but beat three Clippers to the ball as it caromed off the front of the rim for a putback to put the Lakers up two.

That bucket proved to be the game winner, as James played spectacular defense on both Leonard and George on the final possession, harassing them into a tough, leaning three from George that went begging — as did his plea for a foul.

In a game where he didn’t have his best, it was an impressive close from James. Davis was spectacular and they got excellent efforts from Kyle Kuzma, Dion Waiters, and Alex Caruso, particularly defensively, off the bench. On the Clippers side, their bench unit struggled without its leaders in Montrezl Harrell and Lou Williams, but Leonard and George combining for 58 points was nearly enough to drag them to a win anyways.

It wasn’t the cleanest game, but it was certainly an entertaining one and only builds the anticipation for a hopeful conference finals showdown between the two.