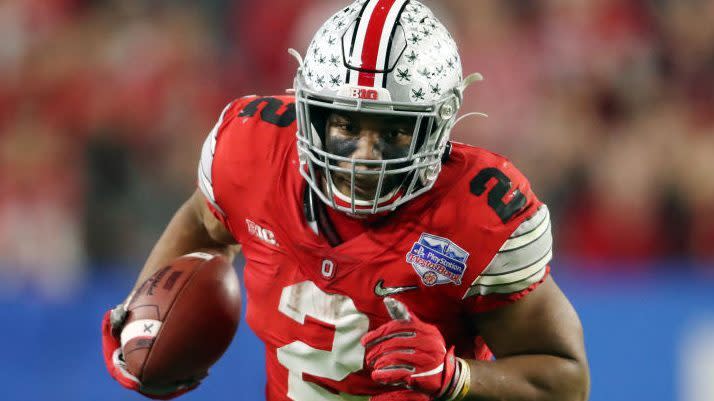 When he decided to leave Ohio State and enter the 2020 NFL draft, J.K. Dobbins didn’t think 54 players would be drafted ahead of him. But he’s satisfied with where he ended up.

Dobbins, a running back who is now beginning his rookie training camp with the Ravens, said today that he’s motivated to show that he should have been taken a lot higher than 55th overall, where the Ravens got him in the second round of the draft.

“I don’t need any fuel but it added fuel. It was kind of shocking but I fell to the right team,” Dobbins said, via Jamison Hensley of ESPN.

It’s easy to see why a running back would view the Ravens as the right team for him, given that they set an NFL record with 3,296 rushing yards last season. But Dobbins also knows he’s going to have to earn his carries while sharing a backfield with Mark Ingram, Gus Edwards and Justice Hill.

“My role is predicated on how I practice and play,” Dobbins said.

The Ravens hope Dobbins practices and plays in a way that makes other teams regret passing on him.

J.K. Dobbins shocked by draft fall, but thinks Ravens are the right team for him originally appeared on Pro Football Talk