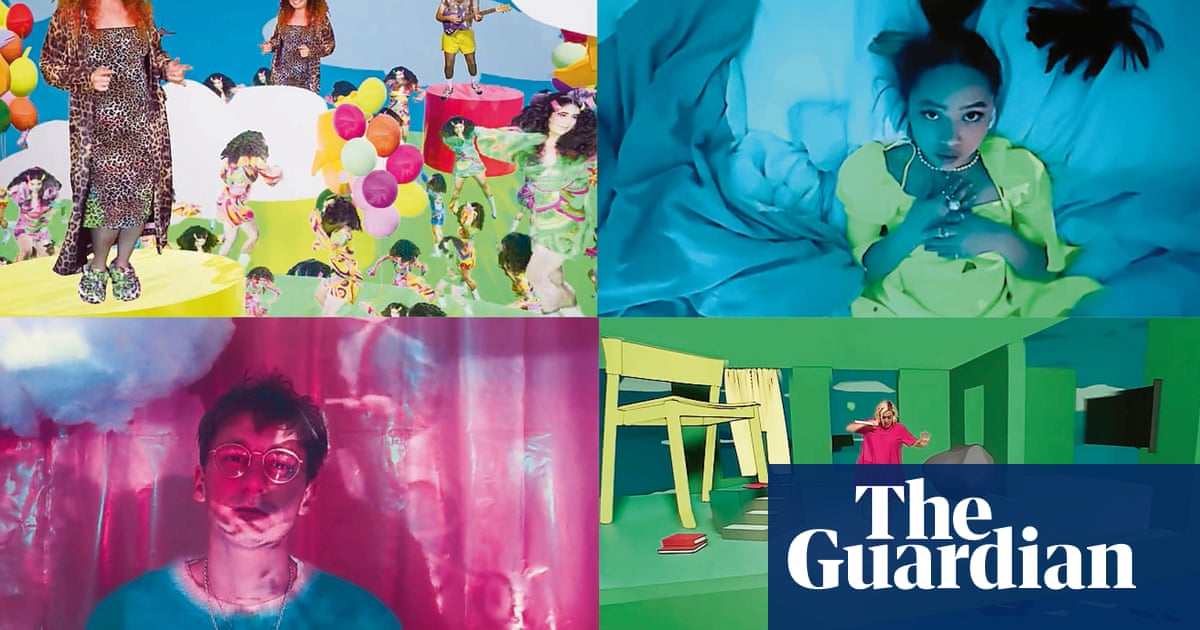 When lockdown was first announced, the world’s thoughts turned, of course, to music videos. How would artists create eye-tickling delights if camera operators and key grips were no longer able to work together? Were we to be subjected to a never-ending stream of Zoom-shot videos or iPhone clips sent in by fans? Or would we have to merely listen to music like a bunch of cavepeople?

At first no one seemed to know quite what to do – and, yes, Zoom played a fairly large role. But as lockdown wore on, and it became clear nobody was going anywhere anytime soon, something changed. For starters, major pop stars released albums, which meant that their record labels needed to throw money at visuals in order to keep up with the promo trail beyond Instagram Live and TikTok challenges.

Dua Lipa and Katy Perry were two of the first A-listers to try something really inventive, though neither of their efforts were technically music videos but live performances. They set out the two main schools of decent lockdown music promo: naturalistic singing into the camera while some shenanigans are projected behind you (Dua Lipa’s Jimmy Fallon performance), and attempting to traverse a batshit acid comedown (Katy Perry on American Idol).

After that, artists who don’t have the full might of a global career behind them made things happen themselves (and, unsurprisingly, the YouTube generation were pretty good at the whole DIY thing). See the gritty video for Griff’s Forgive Myself, which employed a noirish CCTV-style aesthetic to disguise the fact that she was stuck in her living room. As well as shooting the whole thing on her iPhone while being directed by a team via Zoom, Griff sewed all the costumes herself, too.

Animation has also come into its own. Los Angeles newcomer Remi Wolf worked with a meme artist and used an at-home green screen to create a series of dazzling, psychedelic videos featuring hundreds of little Remis dancing on a DayGlo hill. At the arts-and-crafts end of the spectrum, Dave Bayley of Glass Animals built and rigged an entire dolly system by himself to control the camera for their Dreamland video, which was shot in his own flat. They also included the building process within the video itself, quirky indie lads that they are.

In short, lockdown has invigorated the music video, sending it off in directions that real life would never have inspired. A dash of silliness plus a knowing nod to the fact we’re all restricted by circumstance have made it feel more inclusive and more exciting. And as the world creeps back to normal, the hope is that this inventive, boundary-bothering flair continues. As long as all pop stars agree to abide by the golden rule: no fan footage.