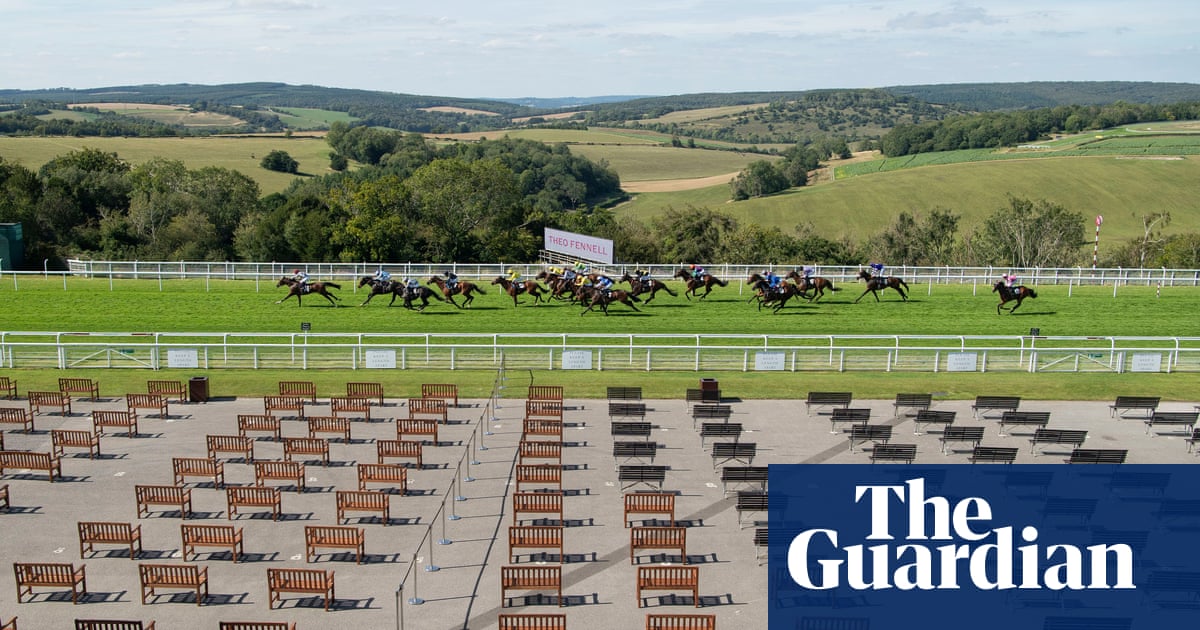 Goodwood racecourse has been forced to abandon its plan to allow 5,000 of its annual members to attend the final day of Glorious Goodwood on Saturday after the government announced the suspension of a pilot scheme to allow spectators back into sporting venues.

Goodwood’s executives had been planning for Saturday’s trial for many weeks in the hope that it would mark a major step forward in racing’s recovery from the effects of the lockdown to control the spread of coronavirus. The industry has already lost tens of millions of pounds in hospitality revenue after events including the Derby, Royal Ascot and Newmarket’s July meeting were forced to take place behind closed doors, and even a limited return of racegoers to the stands would have felt like a significant moment.

Goodwood planned to divide its course and facilities into eight zones, with racegoers “bubbled” with others their zone from their arrival in the car park to their departure at the end of the day. No zone would have allowed access to both the racecourse and the paddock, to prevent front-to-back movement, and one would have required racegoers to remain in or around their cars.

“I’m gutted, to be honest, especially for the team,” Adam Waterworth, Goodwood’s managing director, said on Friday. “We were all ready to go but there’s not a lot we can do about it. We were always aware that a local flare-up could have an impact and we’ve all been watching the news, but we were hopeful that because the west Sussex and local [infection] rates are relatively low and remain relatively low, we might be able to carry on.

“We knew that with the team we’ve got here, we could have delivered tomorrow exactly to the guidelines that Public Health England and DCMS had given to us, and that could have helped William [Derby] at York for the Ebor [next month] or Mark [Spincer] at Doncaster to do something round the Leger [in September]. Hopefully they still can, and racing can get an opportunity to show we can do this.”

No direct refunds are necessary for annual members who were planning to attend Goodwood on Saturday, although some had paid for a hamper or other hospitality in advance. Goodwood has incurred costs of at least £100,000 preparing for Saturday’s trial, which is an added blow for a business already reeling from the ban on spectators.

“It was never about the money and we weren’t going for massive revenue,” Waterworth said. “We didn’t mind spending the money if it advanced our cause and meant that we could get a crowd sooner by showing we could do it safely.

“It’s [a] huge [sum], in what is already a year when you the P&L figures have no “P” involved and the “L” is getting bigger and bigger. For us, crowds are what we’re all about, between 70% and 80% of our revenue is directly attributable to people coming through the gates, that’s our business model.

“Yes, there’s media money, but for us it’s a much lower percentage of our revenues and our overheads are much higher. The media revenue for us in a year doesn’t touch the sides in terms of our overheads. We’re dependent on crowds.”