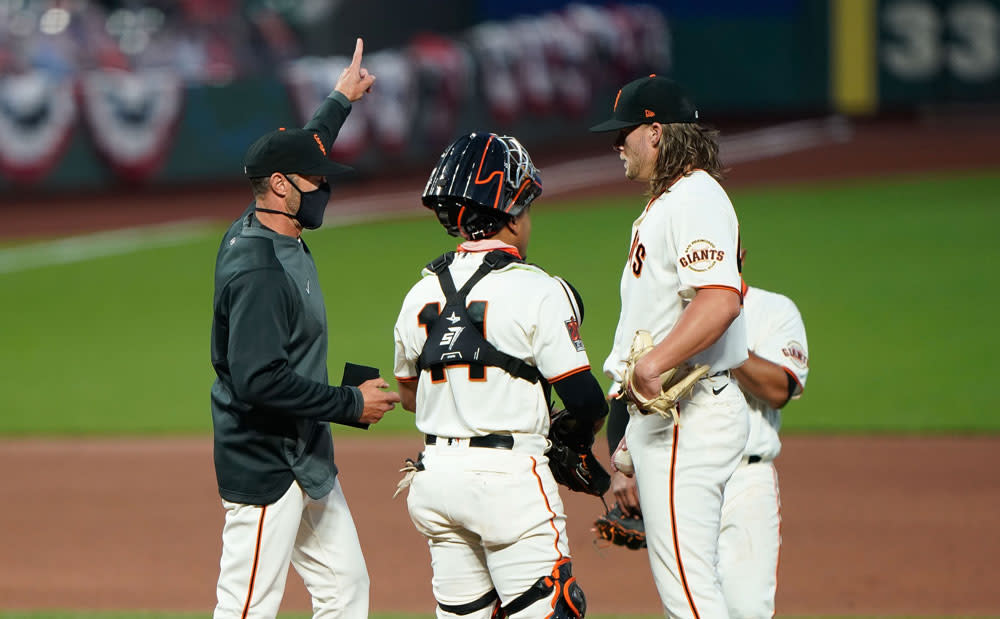 Phillies fans won’t be surprised to learn that Gabe Kapler is now bungling pitching changes as skipper of the San Francisco Giants.

Kapler had what he later dubbed a “mental screw-up” when attempting to make a call to the bullpen in extra innings last night in what turned into a 12-7 loss to the San Diego Padres.

Giants reliever Tyler Rogers was having a rough go of it in the tenth inning, allowing four runs in the frame and recording zero outs when Kapler went out to the mound to make a change.

Except Giants pitching coach Andrew Bailey had just been out on the mound to visit Rogers, which Kapler seemingly forgot. And according to MLB rules, when a team makes two mound visits during the same at-bat, the pitcher must finish said at-bat.

Rogers had to come back out of the dugout to complete the at-bat and the Giants went on to lose the game. The mistake was more of an awkward moment for the new San Francisco manager than a move that cost them the game.

This may bring back not-so-fond memories for Phillies fans when Kapler attempted to bring Hoby Milner out of the pen when he wasn’t even warming up. MLB loved that move.

More on the Phillies