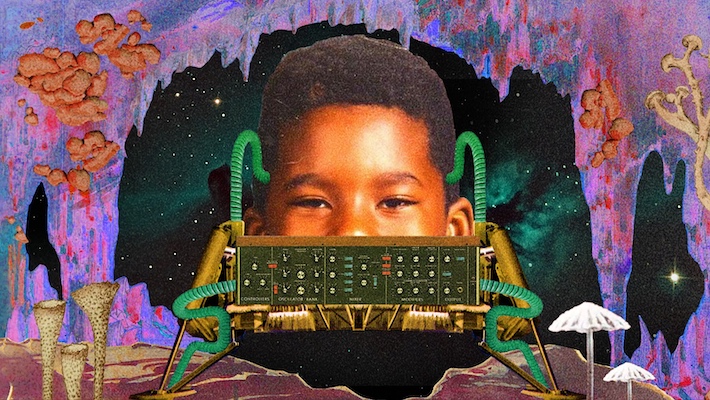 Flying Lotus’ latest album, Flamagra, came out over a year ago, but the experimental artist has done a good job at keeping interest in it alive by releasing an instrumental version of it, almost exactly a year after the original came out. Now he can promote both releases simultaneously, and has done so today with a new video for “Remind U.”

Citing director Winston Hacking, press materials describe the psychedelic, Beatles-inspired video as “following a deconstructed, yellow submarine through a ‘stream of consciousness video collage’ garden of heightened surrealism.” Hacking says the video “recreates the perspective of a curious child,” building a world that is “ugly and chaotic but, simultaneously, beautiful, and hopeful.”

FlyLo previously said of Flamagra as a whole, “This album has been a refuge for pain and trying to make the most out of that pain. Music can heal and in the wake of that tragedy it reminded me what I’m here to do. As we get older, we start to figure out what our purpose is and embrace it and I want to do good things with my work. I want it to be able to help people through tough times and inspire them to be creative.”

Watch the “Remind U” video above.