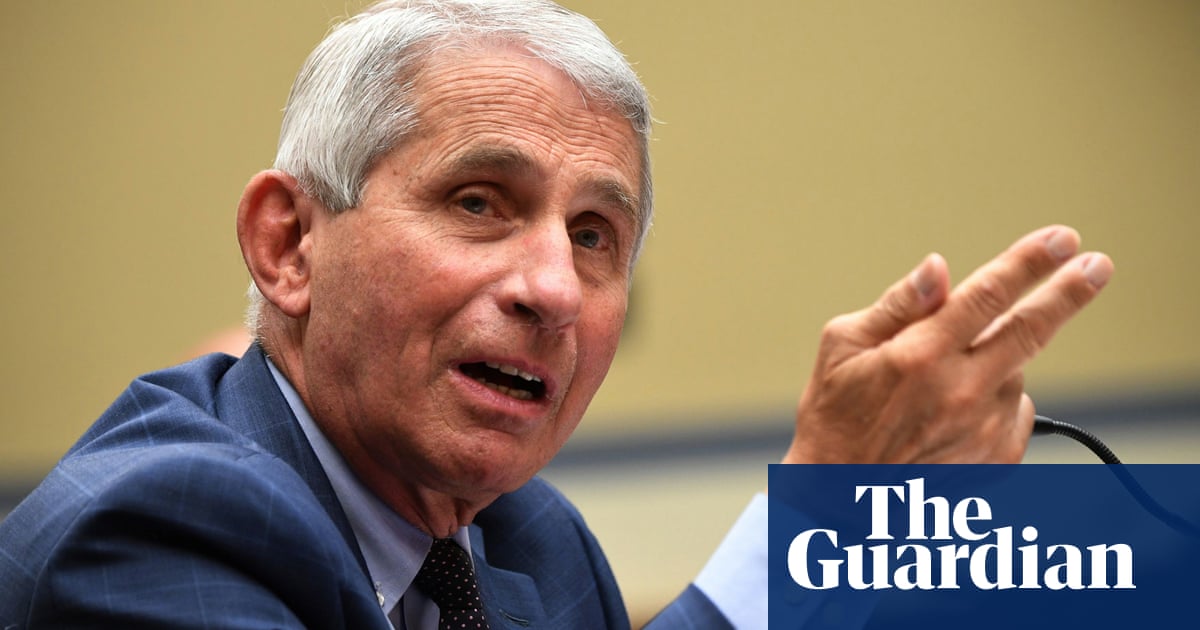 Dr Anthony Fauci, America’s top infectious disease expert, has told the US Congress he is “cautiously optimistic” that a “safe and effective” coronavirus vaccine will be available to the public by the end of 2020 during a hearing in Washington marked by testy exchanges between Fauci and senior Republicans loyal to Donald Trump.

Fauci told US lawmakers on a House of Representatives subcommittee examining the Trump administration’s response to the pandemic that he was skeptical of fast-track vaccine efforts in Russia and China, suggesting the US would not need to depend on other countries for its own vaccine.

“We hope that by the time we get into late fall and early winter, we will have in fact a vaccine that we can say that would be safe and effective. One can never guarantee the safety or effectiveness unless you do the trial, but we are cautiously optimistic this will be successful,” Fauci said in prepared remarks.

He later added: “I do hope that the Chinese and the Russians are actually testing the vaccine before they’re administering the vaccine to anyone. I do not believe that there will be vaccines so far ahead of us that we will have to depend on other countries to get us vaccines.”

Fauci’s appearance came at the end of a month when coronavirus deaths in America rose by close to 25,000 and new cases doubled in at least 18 states. The US recorded close to 1.8m new Covid-19 cases in July, and this week the total number of deaths rose over 152,000.

The Trump administration has invested in several vaccine candidates through an initiative named Operation Warp Speed. On Monday it was announced that one potential vaccine, developed by the biotechnology company Moderna and the National Institute of Allergy and Infectious Diseases, would enter phase three of testing in trials conducted at almost 100 research centers in the US and involving about 30,000 volunteers.

After updating the committee on the status of a potential vaccine, Fauci was aggressively questioned by the Ohio Republican Jim Jordan, a close ally of Trump, who sought to tie the hearing to the recent wave of Black Lives Matter protests around the country.

Jordan asked Fauci whether the US government should seek to limit protests in order to curb the spread of the virus.

“You make all kinds of recommendations, you’ve made comments on dating and baseball and everything you can imagine … I’m just asking should we limit the protests,” Jordan said.

“I think I would leave that to people who have more of a position to do that,” Fauci replied. He later added: “I’m not going to opine on limiting anything. I’m telling what it is the danger. And you can make your own conclusion about that. You should stay away from crowds, no matter where the crowds are.”

From the outset, Democrats also sought to frame the hearing as an indictment of the Trump administration’s response to the pandemic. The subcommittee chair, Jim Clyburn, a close confidant of the Democratic presidential nominee Joe Biden, argued: “The federal government has still not yet developed and implemented a national strategy to protect the American people.”

Clyburn then quizzed Fauci, pointing to a board in the committee room showing the US rate of infection recently soaring in comparison with rates in Europe.

Fauci responded directly: “If you look at what happened in Europe, when they shut down, they really did it, to the tune of about 95-plus per cent.

“We really functionally shut down only about 50% in the sense of the totality of the country.”

Responding to that exchange on Twitter, Trump posted a factually inaccurate diatribe. “Somebody please tell Congressman Clyburn, who doesn’t have a clue, that the chart he put up indicating more CASES for the U.S. than Europe, is because we do MUCH MORE testing than any other country in the World. If we had no testing, or bad testing, we would show very few CASES.” he wrote.