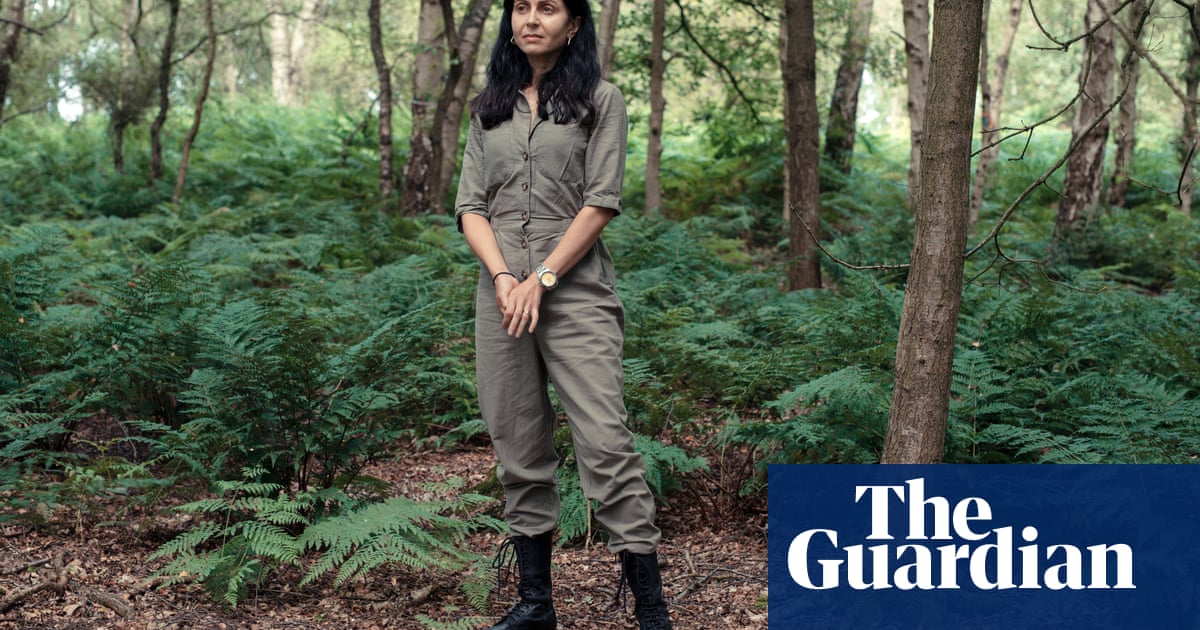 I started working at the Barnsley Chronicle in Yorkshire when I was 19. I did court reporting, covering glue sniffers and shoplifters. If I behaved myself, they said one day I could edit the women’s section and report on cake baking. There was a lot of brutal stuff happening at that time that I wanted to be reporting on: miners’ strikes and rioting. But my male colleagues got the news stories and I got the dog stuck down a sewer.

Frustrated, I used my Post Office savings and started a little magazine called the Real State. It covered social issues such as racism and police brutality, and featured a lot of poetry and graffiti. It was 1992, and there was nothing else written for young or black people in the area.

At 22, I went to New York to interview the rapper Treach. He advised me I should check out someone called Tupac. I was more into rave then, but the first time I heard his album Strictly 4 My N.I.G.G.A.Z…, I got goosebumps. He knew pain the way I did. I got in touch with his publicist for an interview and she said to send copies of my magazine.

I was back in Barnsley a few months later when the phone rang and I asked who it was. The voice said, “It’s Tupac. You sent me a copy of your fly-ass magazine.” He asked me to keep sending it, and we started corresponding by letter.

We were both passionate about social issues, especially police brutality. Writing to him struck a light in me. I’ve had to deal with racism, anorexia and mental health issues, but hearing from Tupac, who had been through terrible things and yet was still so determined, was a big smack around the face. It was like: you’d better get your act together.

At that time in the UK, my friends were very critical of west coast hip-hop – it was all east coast with them. One friend was very dismissive: “He’s not interesting, he’s not an artist.”

I saw a different side. I’m very bookish and introverted, and so was he. He’d read all the books I’d read. I’d send excerpts from Frederick Douglass, the Bible or Machiavelli’s The Prince. His letters were largely about hustling and writing; they weren’t romantic. I’d send poems, but he didn’t. He never talked about fellow rapper Biggie Smalls.

In 1994, I went to California with Victory Outreach, an alcohol and drug support group, to work with ex-gang members who had turned their lives around. As soon as I arrived, I found out Tupac had been shot; he survived, but weeks later was sent to prison, for an unrelated sexual abuse conviction. He maintained his innocence and, though we carried on communicating via letter, it was something we never discussed.

Tupac hated jail. His letters were more lucid, as he wasn’t smoking weed, but he wasn’t in a good place. I was concerned for him. He’d just been robbed and shot; that’s serious post-traumatic stress. Over time, the tone of his letters seemed to evolve: from depression to rage and, eventually, to courage and creativity.

I sent him a package every week, including transcripts from my interviews with people such as OutKast. Because of my interviews with rappers in Los Angeles, Suge Knight (head of Death Row Records, Tupac’s label) offered me a job to launch its magazine, Death Row Uncut. That was another life-changing experience, which I ended up writing a book about. To this day, I always feel I am writing for an audience as intelligent and aware as Tupac, as he was the one who responded so intensely to my words.

Experience: I built the first skatepark in Syria

I didn’t meet him until October 1995, in the car park of the downtown courthouse in Los Angeles. I said, “I’m Nina, I wrote you in jail.” He lifted me up off the tarmac and gave me the tightest hug I’ve had. I felt so much love radiating from him.

After he was released from jail, I’d send him packages to the recording studio. I loved Oasis and I sent him my CD of (What’s The Story) Morning Glory?. We spoke on the phone, too. He told me my name was appropriate, because I was protective and a fighter; he explained that “nina” is LA slang for a 9mm handgun.

I was devastated when he was killed in a drive-by shooting in Las Vegas. It took me a long time to get over it. I’ve never had that sort of friendship, or level of trust, with anyone else. If he had lived, I think he would have been known for his writing more than his music. He was a man of letters.

• As told to Daniel Dylan Wray