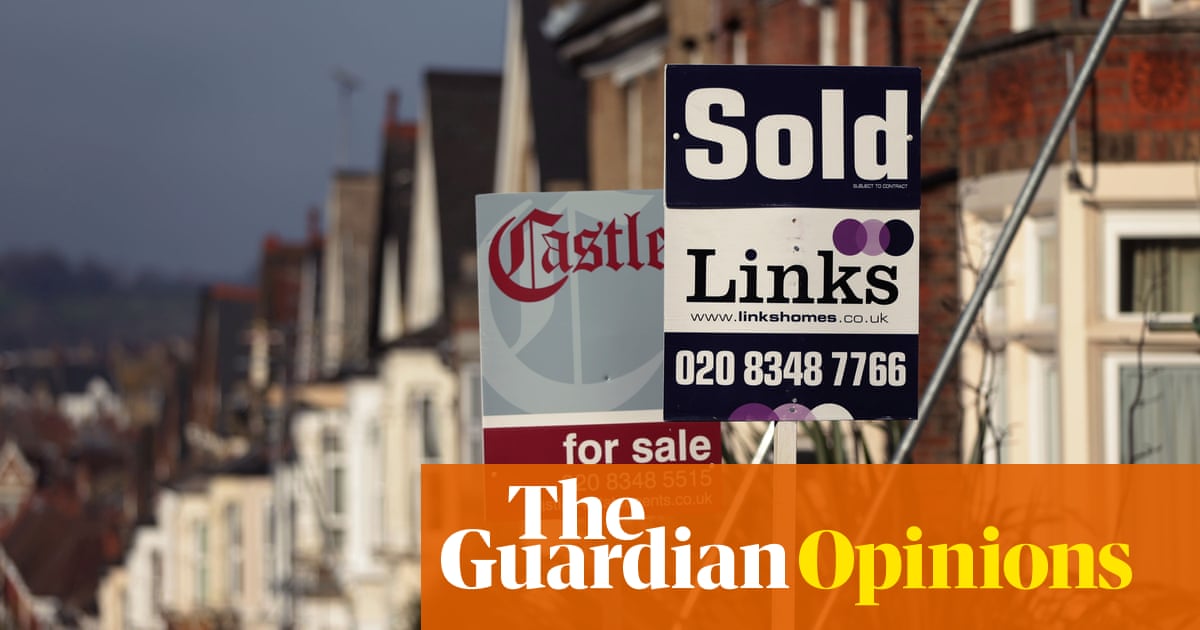 I went into lockdown feeling smug about almost nothing, except one small thing: right after it, whenever that was, we were going to move house. We had a buyer, we had a seller and the best bit was they were one and the same. We were basically swapping houses – no, sorry, this is the best bit – with a vicar.

It had been a winding, perilous road. In our first meeting (location: his house), knowing his calling, I tried to sound much more Christian than I am. But men of the cloth can always smell it when you do that. The second and third meetings (location: our house), I answered the door in a towel and in pyjamas, respectively; looking back, there wasn’t a single time I was appropriately dressed in this entire long-range encounter, except when visiting his house.

For our fourth meeting, his wife made us some banana bread that was so daunting I hid some of it in my pocket. The pocket had a hole in it and I trailed crumbs down their front steps like Hansel and Gretel. Our fifth meeting, at the end of March, was held over the phone. This was where we sealed the deal, Mr Z reaching a very elegant crescendo where he sort of mimed shaking hands, except with words (he is amazing like that).

The reason I don’t mention his wife’s job, incidentally, is not that she didn’t have one, nor that I’m trying to protect their anonymity (although, I guess, ethics and that), but because, when a couple completely stiff you – in the nicest possible way – in the middle of a pandemic and one of them is a vicar, the natural assumption is that it was the not-vicar’s idea. Just on feminist grounds, though, I am unwilling to blame Lady Macbeth here. Let’s just say that the idea to risk their excellent names for a higher offer was both of theirs.

Of course all’s fair in love, war and house deals. But the upshot was that we fetched up at the start of May with no buyer or seller, back where we had started – except with eight weeks of intense cohabitation behind us, in a house that was already too small to accommodate five people who never went out (three of whom kept getting bigger) and in the middle of which time a ceiling had fallen down.

It was not a whim, our house hunting. It was the culmination of many months’ meticulously made and brutally unmade plans. Everyone else, though – everyone else has gone bananas. You can’t decide to move house in the middle of a pandemic, you doughnuts! There is so much you don’t know and so much you can never know – and so much of what you think you want, you only want because you have just lived through a lockdown.

The story in London is that places are flying off the shelves – unremarkable, not-cheap houses, landing on the market, then vanishing off it, like streakers across a football pitch. My Mr thinks these are the sudden-realisation-of-futility buyers. Something has made them hate their work – maybe working from home, maybe not seeing colleagues, maybe not doing it at all. Whatever, they can’t do it for much longer and they need to nail down a mortgage while they still have a salary. “But … seems a bit high risk,” I counter. “You’re just going to end up with a massive mortgage you have to stay in your horrible job for.” To which he simply nods with a gnomic expression that I read as: “Heed me.”

Who needs to be central when there’s nothing happening? Who needs great transport links to empty offices? Where do you want to be when civilisation ends?

According to estate agents, building societies and people who look at the bigger picture, the real story is that of urban exodus. Everyone is leaving London, in particular, because it has turned into the French car of cities. The downsides are incredibly obvious to everyone and the upsides only visible to a very few aficionados. Who needs to be central when there is nothing happening? Who needs great transport links to empty offices? Where do you want to be when civilisation ends? Near an independent water supply and some arable land, or a tube station and an Oliver Bonas?

Again, short-sighted, maybe even more so than the first lot. People are trying to make a 20- or 30-year decision based on things that may not last past 2020. Or maybe they will. Who knows? By 2021, the “new normal” may have clarified into a phrase with meaning, rather than an annoying tic for people who constitutionally hate saying: “I don’t know.” But it does seem a rum time to move to Rutland. Unless you had already found a vicar there, before all this, who wanted a house swap.

Gardens have turned into the swimming pools of the era, untold luxuries that it is audacious even to wish for. I wonder, long-term, whether we will thank ourselves for that urgent bit of forward planning that put you in proud possession of a poky patch with just enough sun between 11 and 12 to grow a fern. All the stuff we need to know – What will happen to the economy? How many lockdowns can a species take? – is beyond the reach of any expert. All the questions are existential. But even vicars think they can find the answer on Rightmove.