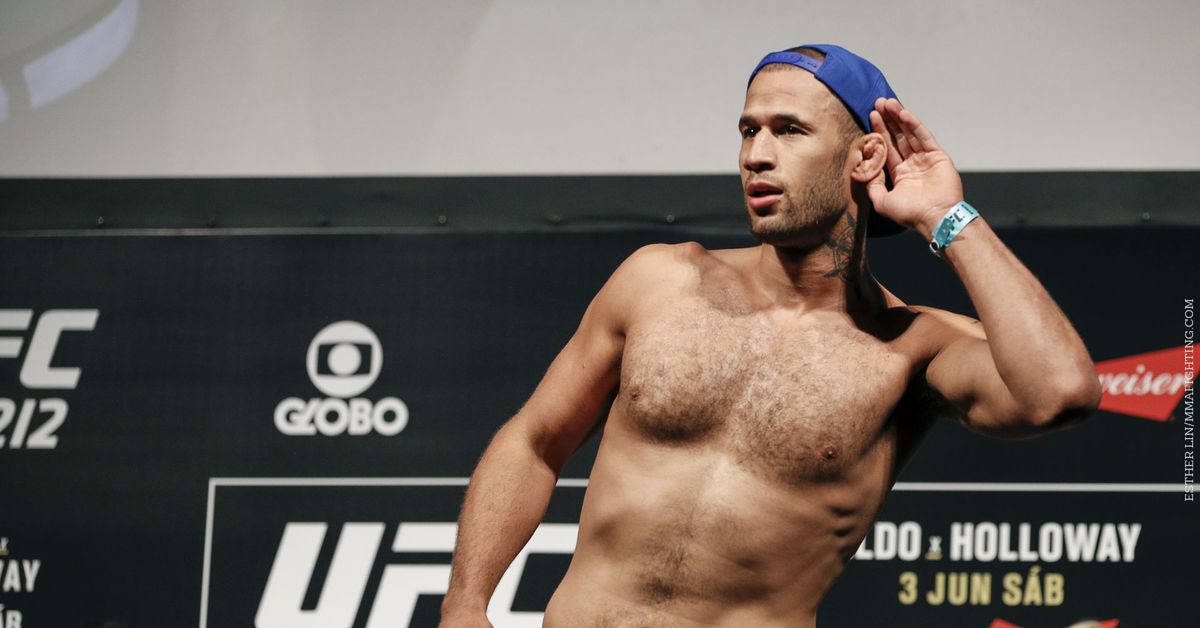 The UFC Vegas 5 card has taken another hit.

Just hours after it was reported that Timur Valiev would be replaced by Vincent Cachero in for his featherweight bout against Jamall Emmers on Saturday at UFC APEX in Las Vegas, MMA Fighting confirmed with sources that Eric Spicely has also been removed from his middleweight bout opposite Markus Perez.

MMA Junkie was first to report the change, adding that the UFC is working to keep Perez on the card.

The reason for Spicely’s withdrawal was not disclosed.

For Spicely, this is his fourth cancelled bout since his most recent fight at UFC Greenville in June of last year. An injury forced him out of an October meeting with Brendan Allen, a March 28 bout with Punahele Soriano was altered when Soriano withdrew, and then Spicely’s fight with replacement Roman Kopylov fell through when the entire March 28 card was cancelled due to the coronavirus outbreak.