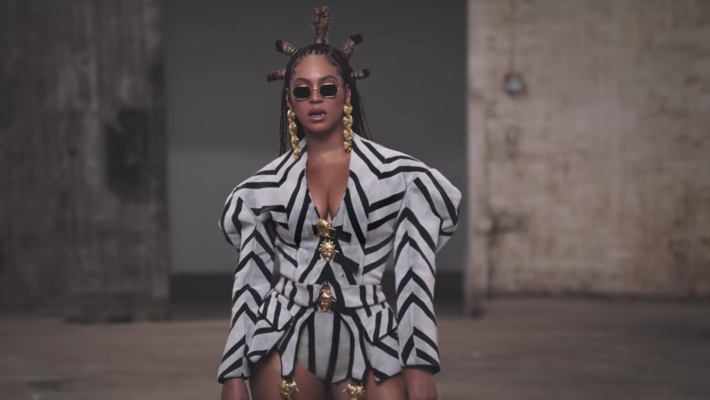 For the past month, Beyonce has been promoting her upcoming visual album, Black Is King, which is set to premiere exclusively on Disney+. The film has been described as a second look at 2019’s The Lion King remake that aims to help “today’s young kinds and queens in search of their own crowns.” Opening up about the film in an interview on Good Morning America a day before its release, Beyonce said she hoped the film would shift “the global perception of the word ‘Black,’ which has always meant inspiration and love and strength and beauty to me.” With the film just hours away from arrival, Beyonce comes through with a new music video ahead of Black Is King.

Gracing the popular The Lion King: The Gift track, “Already,” with the visual treatment, Beyonce heads to the motherland for the new video. Beginning the video with a scene from the video featuring Childish Gambino, Beyonce appears perched in a tree before the track begins. Debuting the music video with Shatta Wale, who also appears in the video and contributes a verse of his own, Beyonce dazzles the eye with her dance moves as she closes out the video.

Watch the “Already” video above.

The Lion King: The Gift (Deluxe) is out now via Parkwood and Columbia. Get it here.