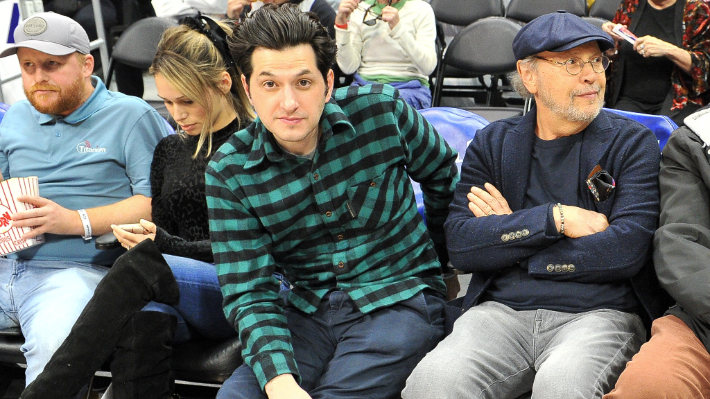 On Thursday, after a more than four-month hiatus, the NBA officially returned, and fans got treated to a taste of what’s in store for the rest of the season in Orlando. Despite some obvious rust, the play itself was generally top-notch, as the TNT double-header delivered a pair of hard-fought contests that were each decided by two points in the final seconds.

For the most part, the experience of watching the games in an arena without fans wasn’t nearly as strange or off-putting as some may have feared. The sound folks were able to pump in faux crowd noises in a way that didn’t feel completely artificial, and the new camera angles added a dimension that helped us see the game from a new perspective.

The league is still in the process of adding fans to the experience, via the large LED screens placed behind the benches, and those who want to appear during the games are free to sign up using the Microsoft Teams app. Actor Ben Schwartz decided to submit an entry to appear on these screens via Twitter on Friday.

The actor, who lives in Los Angeles and can be sometimes spotted at Clippers games, is originally from the Bronx and is a diehard Knicks fan. For my money, I say we skip adding Schwarz to the virtual fan screen and get him to the bubble in Orlando immediately, where after the mandatory quarantine, we can put him to work as a sideline reporter for all of the games, but have him remain in character as Jean-Ralphio Saperstein from Parks and Recreation while doing so.

Either that, or have him and Thomas Middleditch “Yes, And” their way through different improv scenarios on screen during the timeouts. Unfortunately, we will probably have to settle for something less exciting, but anyway we can have Schwartz involved, we’ll take it.