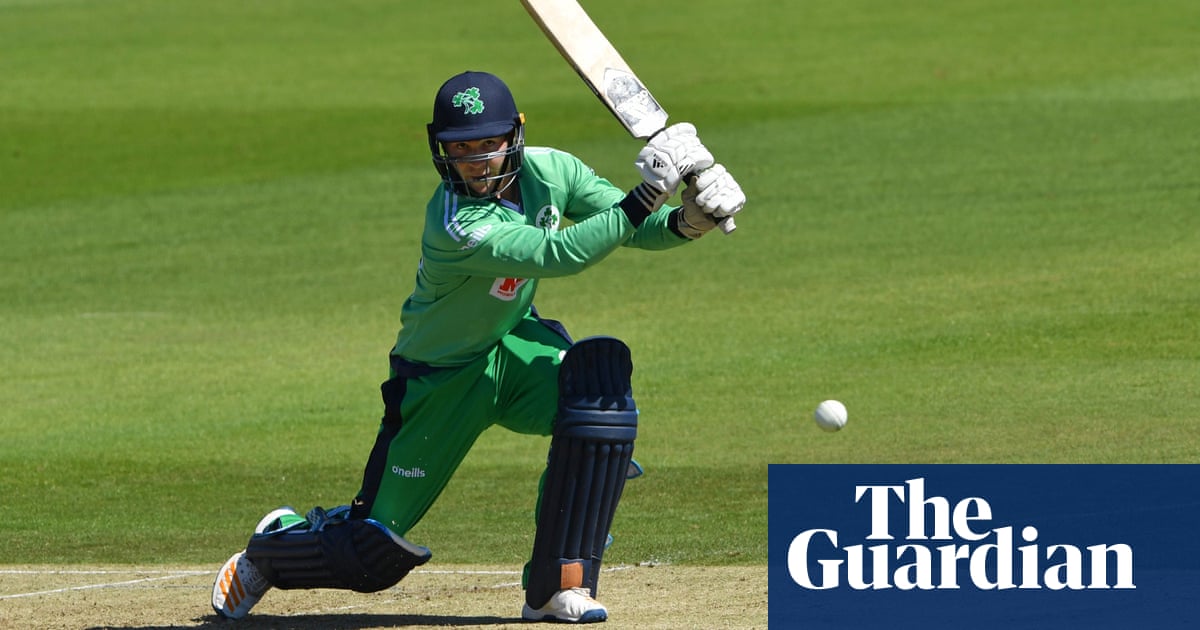 Our first glimpse of white-ball cricket behind closed doors will last no longer in the memory than the soap opera Eldorado, which was axed as soon as Alan Yentob took charge of BBC One in 1993. This anticlimax had more to do with the one-sidedness of the contest rather than the emptiness of the stands. We hope for a better game when England and Ireland meet again at 2pm on Saturday in the second ODI.

The opening match delivered some mundane fare but at least it was not the embarrassing massacre that was on the cards when Ireland were 28 for five after seven overs. After all the training, the England players especially revelled in the opportunity to play a proper match. “It was great to be back playing cricket‚” said Eoin Morgan, “which is what we’ve been doing since we were kids.”

The Irish team did not seem so elated. Despite the absence of spectators they looked nervous, almost overawed by the occasion, but Curtis Campher, the 21-year-old all-rounder from South Africa who has yet to play a game in Ireland, was a shining exception.

The captain, Andy Balbirnie, must consider whether to shuffle his pack. Barry McCarthy, the opening bowler, who limped off in his first over, is highly unlikely to be fit so Balbirnie must choose between the veteran Boyd Rankin and the highly promising youngster Josh Little.

It is a familiar dilemma. In the first game the Irish took the bold course. They omitted their vastly experienced former captain William Porterfield and opted for another debutant, Harry Tector, who was out for a duck. They have a very tricky juggling act to perform; they desperately need to blood new players and, of course, they crave immediate success, which is a tough proposition given they are playing against the World Cup winners – well, four or five of them.

Selection on the England side is less complicated though Morgan has indicated he may be prepared to make a few changes throughout the series, especially among the bowlers. However plans can change swiftly. Sam Billings would not have played in the first match but for a back twinge experienced by Joe Denly, who was on Friday ruled out of the series and replaced in the squad by Liam Livingstone. But having produced the best innings of the match at an important time it would be perverse if Billings did not play again on Saturday.

Billings identified with the man-of-the-match David Willey after Thursday’s game. “I missed out last year, which was a similar experience to Willey’s though for different reasons [he dislocated his shoulder; Willey was just omitted] so it was nice for us to put in a performance.” However he has often been a cheerful, bit-part player in England’s white ball set-up and unsurprisingly he would like to change that perception.

He hopes his experience batting down the order and his adroitness against spin make him a strong candidate for the next World Cup, which is scheduled to take place in India in 2023. There was a glimmer of that as he confidently reverse swept the Irish off-spinners at the Rose Bowl.

“I offer good options against spin,” he said, citing his experience in franchise cricket, most notably in the IPL on turning pitches in Delhi and Chennai. “I now back my game in those conditions‚“ he added while recognising that England’s white ball teams “are arguably the hardest in the world to get into at the moment”.