Alan Parker was a great storyteller of the movies, a muscular film-maker who cared about what the public wanted, cared about how to get the public into the cinema to see movies they would really enjoy. He believed that enjoyment was what they deserved. And he made superbly crafted pictures in any and every style that gave them that pleasure.

Like Hugh Hudson, the Scott brothers Ridley and Tony, and David Puttnam, Parker made his bones in TV commercials – socking over fiercely effective images and emotions and stories. Commercials were a no-nonsense world where there was no navel-gazing about art: if the product didn’t sell then your ideas were lacking, your craftsmanship was at fault and you hadn’t done your job. He made no apologies for carrying over that spirit into his films, which were made for moviegoers, not critics. At the Cannes film festival, where I would sometimes see him, Parker would playfully berate me about failing to join him in condemning the wishy-washy artiness of the Brit establishment and the hoity-toity world of the British Film Institute, which he saw as committed as handing over public money to film-makers with no idea of surviving in a commercial marketplace. 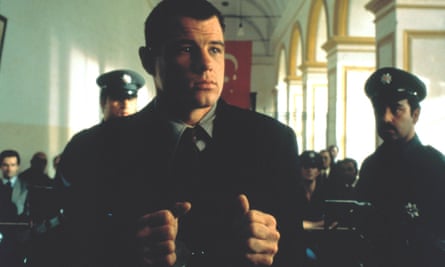 Parker himself was no fashionable auteur and yet made a series of films which are lasered into the memories of all of us who saw them: in the 1970s, he made the searingly explicit Midnight Express, with Brad Davis and John Hurt, a true-life movie about escaping from a grim Turkish jail which was in those days often presented in a double-bill in British cinemas with Scorsese’s Taxi Driver, and is now, perhaps, awaiting reinvention as an exploitation classic. Before that, there was the unique classic Bugsy Malone, a tongue-in-cheek 30s mob musical-drama played entirely by kids, wielding custard pie guns. That was a movie which really couldn’t be made now; people are understandably chary of presenting children in such adult and rather sexualised situations. Startlingly, the film featured Jodie Foster as a nightclub singer, and she really did seem like the only adult among all these naïve kids her own age, and of course appeared in Taxi Driver at about the same time.

In the 1980s, Parker changed tack again for the potent and forthright teen musical Fame, about New York’s High School of Performing Arts, which would later spawn a long-running TV show. The film celebrated the energy of young people, with a diverse cast which wasn’t to be found everywhere at the time, and Parker hit all the buttons with gusto, and also included a bold, hard-hitting scene about how young women could be tricked into auditioning for sleazeballs and porn-merchants. 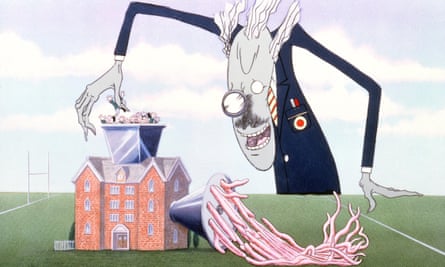 Parker had a gift for music in his movies: in 1982 he made the musical Pink Floyd: The Wall whose Scarfe-cartoon images, like the marching hammers, and rebellious ideas about teaching and schools as conformity-pipelines and unhappiness-factories hit a nerve with young filmgoers. Later, in 1991, he hit the same joyfully rebellious note with The Commitments, based on the novel by Roddy Doyle, about some young people in Dublin who set out to form a soul band. Later in the 90s, he found another commercially potent project in his adaptation of Evita, by Tim Rice and Andrew Lloyd-Webber, with Madonna belting out the arias of passion and scorn – again, to the joy of the cinemagoing public.

And yet Parker also had a touch for serious projects: his Angel Heart was a mysterious noir horror fantasy with Robert De Niro as the shadowy prince of darkness and Mickey Rourke as the private investigator who has to do business with him. Around the same time, Parker took on Mississippi Burning, about racist murders in the Deep South in the 1960s, and Parker’s direction of its two leads, Gene Hackman and Willem Dafoe, elicited great performances from them. 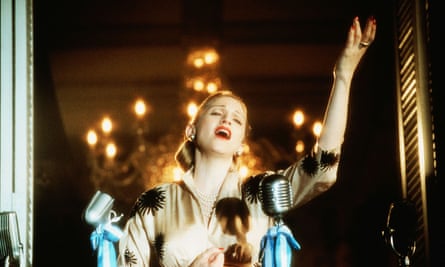 In the latter phase of his career, Parker always had an idea for a good story, something to grab the attention: he made Angela’s Ashes in 1999, based on the Frank McCourt memoir of a tough life in the west of Ireland, and Parker’s potent movie helped drive the mania of that time for “misery lit” in the world of publishing. His final film, the flawed noir drama The Life of David Gale, offered audiences a spin on Fritz Lang which some appreciated, some didn’t.

But for me, his greatest film is the gloriously powerful, forthright, operatically emotional marital drama Shoot the Moon in 1982, with Albert Finney and Diane Keaton as the unhappy couple. That is the film with the raw power of a sumo wrestling bout: big emotions, big performances, big scenes all smacking sweatily into each other. The last time I met Parker, it wasin London, and I always reproach myself for not telling him how much I loved Shoot the Moon and so many more of his movies besides. He was a powerful force in cinema, and the business seems a bit more meagre without him.