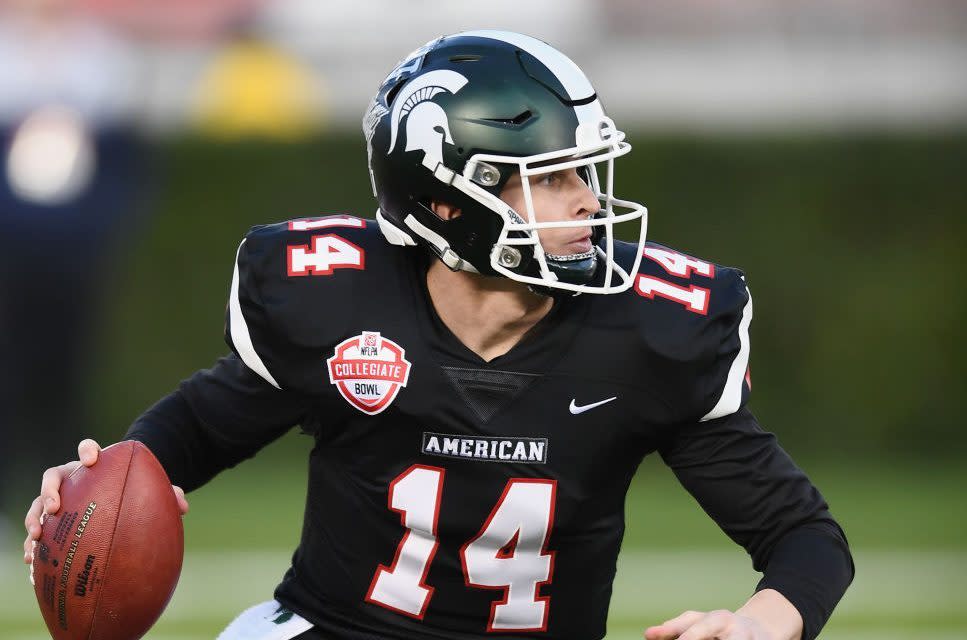 The Patriots will take four quarterbacks to training camp.

They re-signed quarterback Brian Lewerke four days after waiving him. The Patriots had room for him after multiple players opted out of the 2020 season.

The Patriots originally signed Lewerke as an undrafted free agent May 5.

Lewerke, 23, was a three-year starter at Michigan State. He finished ranked first in school history in total offense with 9,548 yards (8,293 passing and 1,255 rushing).

Cam Newton, Jarrett Stidham and Brian Hoyer are the other quarterbacks on the team’s roster.