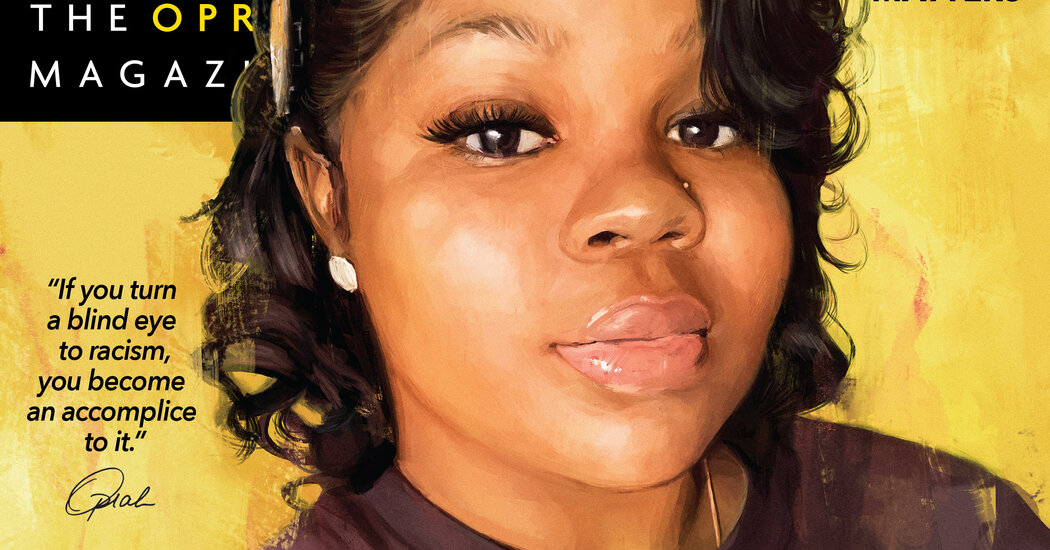 O: The Oprah Magazine has covered a wide swath of American culture since it started 20 years ago, but all of its 241 issues have had one thing in common: Oprah Winfrey, the publication’s founder and editorial director, has been on the cover.

That will change with the September issue, which will be available on newsstands Aug. 11. The new cover, unveiled Thursday, features a portrait of Breonna Taylor, a 26-year-old Black woman who was shot and killed by the police in her home in Louisville, Ky., in March.

Ms. Winfrey started an essay for the issue with her name, writing:

Ms. Winfrey ended the essay by explaining why she had decided to give up the cover spot of her namesake magazine: “What I know for sure: We can’t be silent. We have to use whatever megaphone we have to cry for justice.

“And that is why Breonna Taylor is on the cover of O magazine.”

Along with George Floyd, the Black man who was killed by a Minneapolis officer in May, Ms. Taylor has been a central figure for protesters who have taken to the streets to demonstrate against racism and police violence in recent months.

No criminal charges have been filed against the three Louisville Metro Police Department officers who entered the home of Ms. Taylor, an emergency medical technician, shortly after midnight on March 13.

Last month, Brett Hankison, one of the three officers, was fired. The police chief, Robert Schroeder, accused him of violating the department’s policy on the use of deadly force, saying he had “wantonly and blindly” fired 10 shots into Ms. Taylor’s home. The other two officers were reassigned.

Ms. Taylor was shot at least eight times. She did not receive medical attention for more than 20 minutes after she was struck, The Courier Journal reported, citing police logs. The officers involved in the case have said they identified themselves when they entered; Ms. Taylor’s boyfriend, Kenneth Walker, who was present, said the police did not identify themselves.

The Louisville police said that Mr. Walker shot and wounded one officer in the leg and charged him with the attempted murder of a police officer. That charge was dismissed in May.

The idea of putting Ms. Taylor on the O cover was the brainchild of Deirdre Read, the magazine’s visual research editor, said Lucy Kaylin, the editor in chief of O, in an email.

“I brought the idea to Oprah, who immediately said ‘YES,’” Ms. Kaylin said.

The cover image is a rendition of a selfie by Ms. Taylor created by the digital portrait artist Alexis Franklin.

On Wednesday, O’s publisher, Hearst Magazines, and Ms. Winfrey announced that O would discontinue regular print editions and become more digitally focused. “This is a natural progression for the brand,” Kristen O’Hara, the Hearst Magazines chief business officer, said in a statement. The company added that the December issue will be O’s last regular monthly print edition.

Average paid circulation for O has fallen over the years, from a high of 2.75 million shortly after its founding, in 2001, to 2.28 million in the second half of last year, according to the Alliance for Audited Media.

On June 5, what would have been Ms. Taylor’s 27th birthday, the hashtag #SayHerName was widely shared in a social media campaign that included the participation of Senator Cory Booker, Democrat of New Jersey, and Senator Kamala Harris, Democrat of California.

Ms. Winfrey invoked Ms. Taylor’s full name frequently in her essay for the issue, writing, “Breonna Taylor treated all her friends like besties. Breonna Taylor was a force in the life of her 20-year-old sister. Breonna Taylor felt meaning and purpose in her work as an emergency room technician.”