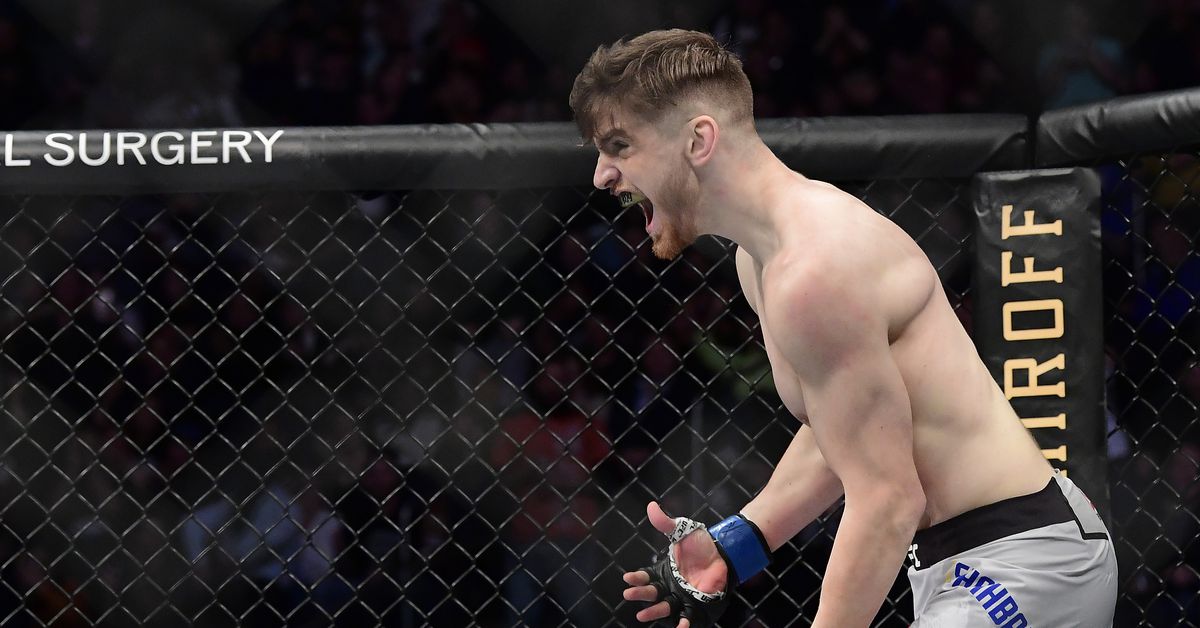 Derek Brunson described a three-round fight as a gentlemen’s agreement with his UFC Vegas 5 opponent Edmen Shahbazyan – but Shahbazyan said it wasn’t his idea.

Although they had less time to prepare for a 25-minute fight, the young prospect was ready to go to championship rounds.

“[The UFC] offered us five [rounds],” Shahbazyan said on a virtual media day for the fight on Saturday at UFC APEX. “I was OK with five, but I guess something happened with the other side, because I was down for five.”

Three rounds is certainly no problem for the 22-year-old fighter, who aims to take on every challenge offered by the UFC. So far, he’s overcome four of them in the octagon, and the veteran Brunson—who’s faced a who’s who of top middleweight talent—marks his best chance to break into the division’s upper ranks.

“He mixes up his wrestling and his wild strikes, and recently, he’s shown a little bit of patience,” Shahbazyan said of Brunson. “I’m happy to go in there and showcase my skills and get the victory.”

On a practical level, it’s also Shahbazyan’s first headlining fight after original main event Holly Holm vs. Irene Aldana fell out due to Aldana’s positive COVID-19 test. That gives him a little extra push on his goal to become the youngest UFC champ in history.

Shahbazyan already has a good idea of what kind of champion he wants to be, and it’s not entirely aligned with the current champ, Israel Adesanya.

“I think he’s a good, skilled fighter,” he told MMA Fighting. “He’s a good champion, even though he’s got his style of talking. He’s a good fighter all in all.”

Shahbazyan doesn’t expect to wait long for a meeting with Adesanya if he keeps up his current level of success, and while he’s likely a few fights away from a title shot, he expects the champ to hold onto the belt in the near term against Paulo Costa at UFC 253.

Then again, Shahbazyan said, everyone is on his radar and no one is more favored than others for his next outing.

“Both of them,” he said. “I want to be the best in the world, so I’ve got to beat everybody. I’ll fight anybody.”