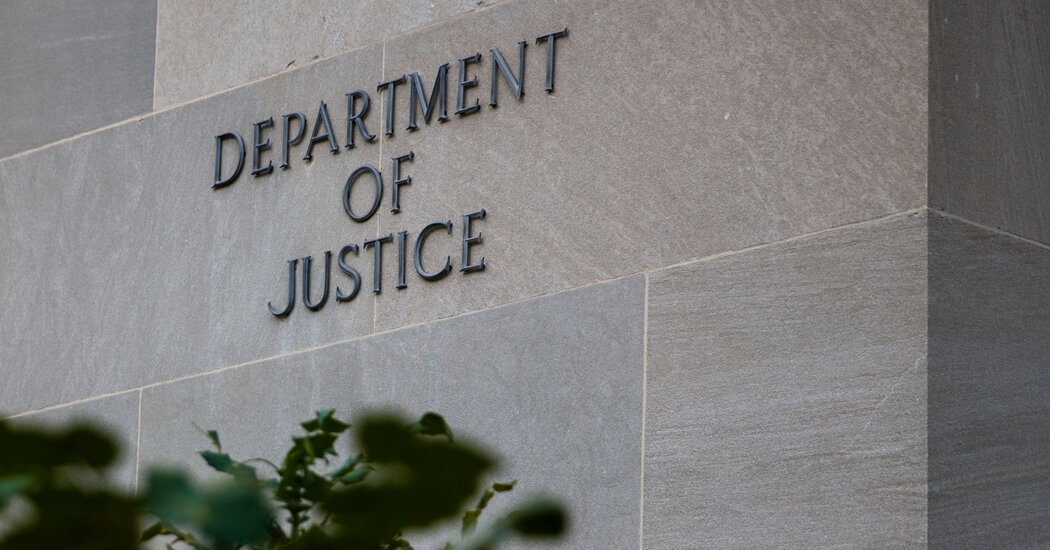 Four men who worked as corrections officers in Alabama have been charged by the Justice Department with crimes including civil rights violations and obstruction of justice in the beating of an inmate in 2018, according to a newly-unsealed indictment.

The criminal case was announced less than a week after federal investigators released a highly critical report on the use of excessive force in the state’s troubled prison system, a practice that the report said was routine and violated the constitutional rights of prisoners.

The men charged — former Sgt. Keith Finch, former Officer Jordan Thomas, Officer Kevin Blaylock and Sgt. Orlanda Walker — had been working at the Bibb Correctional Facility in Brent, Ala., when the assault took place in September 2018, prosecutors and prison officials said. The prison is about 35 miles southeast of Tuscaloosa, Ala.

A spokeswoman for the Alabama Department of Corrections said in an email on Thursday that Mr. Finch had been fired and that Mr. Thomas had resigned earlier this year, while Officer Blaylock had been suspended and then placed in a post in which he has no contact with prisoners. Sergeant Walker is on mandatory leave, she said.

Prosecutors said that Mr. Thomas and Officer Blaylock, along with Mr. Finch, struck a male inmate several times with batons while the prisoner was lying on the ground in the fetal position.

Mr. Thomas then falsified an officer statement, claiming that all force had ceased once the inmate was on the ground, the indictment said. Sergeant Walker corroborated the false account in an incident report, prosecutors said.

A public defender listed for Officer Blaylock did not immediately respond to a request for comment on Thursday. It was not immediately clear if Mr. Finch, Mr. Thomas or Sergeant Walker had lawyers, and none were listed for them in court records.

Three of the men — Mr. Finch, Mr. Thomas and Officer Blaylock — were charged with deprivation of rights under the color of law and could face up to 10 years in prison if convicted, prosecutors said.

Mr. Thomas and Sergeant Walker were charged with obstruction of justice, which carries a penalty of up to 20 years in prison, prosecutors said.

Bibb Correctional Facility, which houses about 1,800 inmates, was one of the prisons cited in the recent Justice Department report on excessive force in Alabama. Investigators said that they had reason to believe that episodes of excessive force had been underreported or not reported at all in the state prison system.

The report was the latest disturbing glimpse at what life is like in the state’s overcrowded and understaffed prisons, which for several years have drawn scrutiny from civil rights investigators at the Justice Department and prison reform advocates.

A spokeswoman for Gov. Kay Ivey of Alabama referred a request for comment to the Department of Corrections.

Alabama officials were told they had 49 days to address the concerns raised by the report, or the office of Attorney General William P. Barr could sue the state, according to the report.

Corrections officials have said they are taking steps to significantly mitigate the use of excessive force by prison guards. The steps include the creation of a violence reduction task force and refresher training for guards. The department said last week that it was also examining the use of body cameras for on-duty corrections officers and that it would take part in a pilot program using body cameras at certain locations.