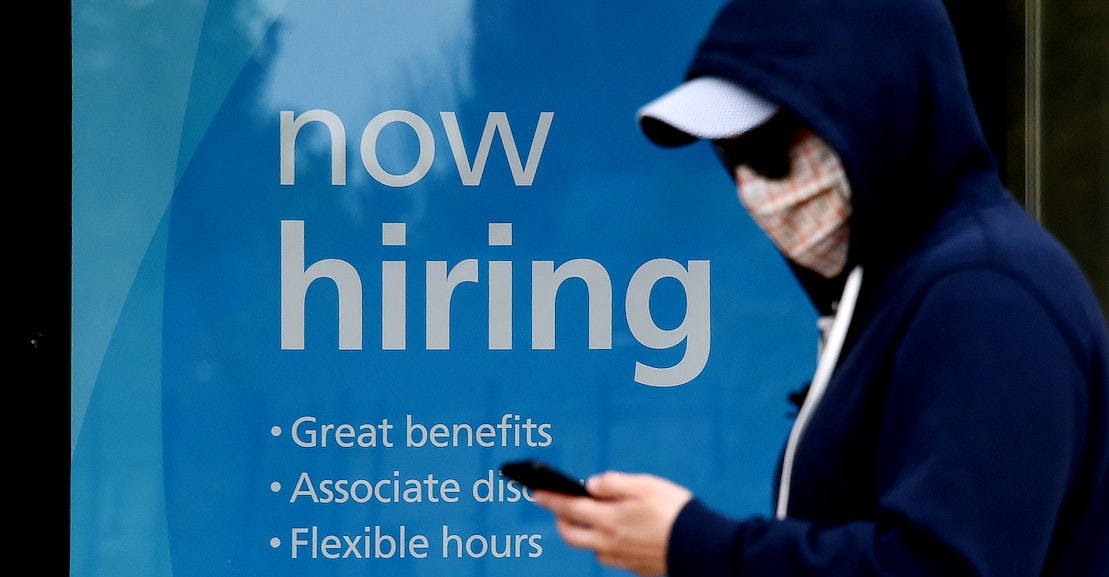 The coronavirus health crisis is
about three times worse than it was in March.

At the risk of belaboring my point: The coronavirus health crisis is
about three times worse than it was in March. We’re seeing three times as many
new cases daily, and unemployment is nearly three times higher. Covid-19 cases are
increasing in 43 states. All this suggests that the $600 weekly add-on is an even more necessary lifeline today than it was four months ago.

Back in the March debate over the CARES Act, Senate Democrats,
led by Minority Leader Chuck Schumer, initially pushed to guarantee that
unemployed people would receive 100 percent of their wages. (Before the pandemic,
state unemployment benefits replaced about 40 percent of wages on average, with
substantial variation among states.)

That was a nonstarter, Labor Secretary Eugene Scalia explained.
The states won’t be able to handle the calculations for individual recipients.
Computer systems for state unemployment offices are too old and cranky!

So that’s where the consensus figure of $600 to boost weekly jobless
benefits came in. Democrats and Republicans in Congress settled on $600 as the number
approximating the difference between the average worker’s wage and the average
state unemployment benefit.

When I asked the Labor Department whether these state computer
systems had over four months gotten significantly less old and
cranky, it basically said yes.

“Back in March,” a DOL spokesperson explained, “state
UI computer systems were not in a position to quickly make the necessary
changes to provide benefits to match wages …. [But since then] states have
spent more than $150 million improving and upgrading their IT systems in response
to the CARES Act. Based on recent conversations with states, we
believe the enhancements … will provide most states
sufficient time to transition to a wage replacement model.”

I’ll believe it when I see it.