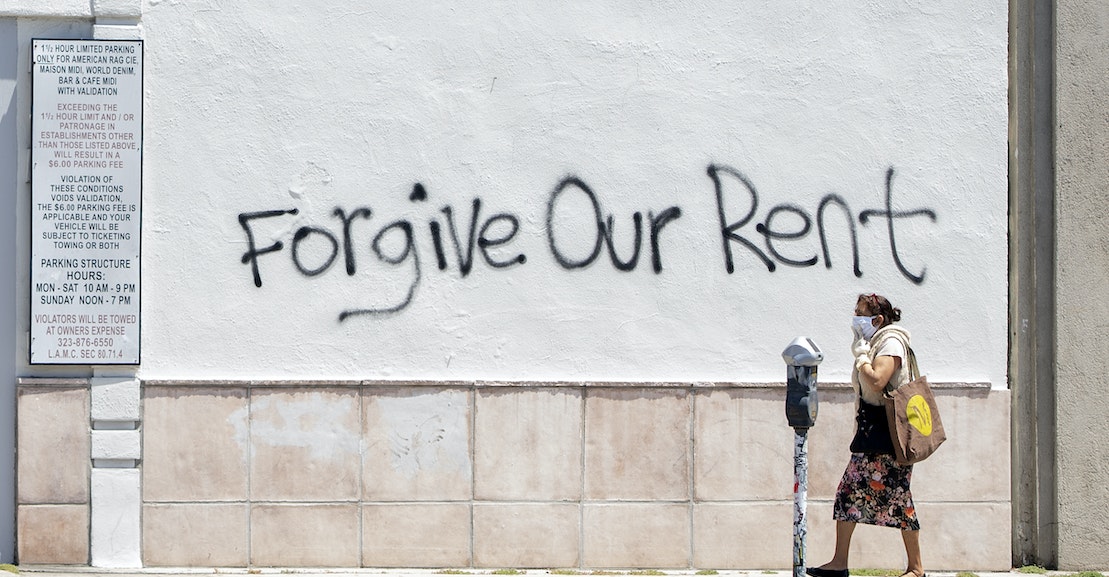 While Congress at least attempted to solve their foreclosure blind spots a decade ago, they failed to address the hidden crisis facing renters during the same time frame. People refer to the 2008 crash as the foreclosure crisis, but it was also an eviction crisis. Family homelessness spiked. Private equity firms bought up foreclosed rental properties, leading to consolidation among landlords and predatory practices. Tenants in rental properties were displaced by their landlords’ foreclosures. That housing crisis is still very much with us: A 2018 report by the nonprofit affordable housing advocacy organization the National Low Income Housing Coalition (NLIHC) found that the average renter’s wages are not enough to afford modest rental apartments.

What’s worse is that this rental crisis long predates the 2008 financial crisis, and it’s one policymakers in the U.S. have ignored for decades. The lack of eviction data is just one rotted part of a decaying whole. The government entity tasked with overseeing housing discrimination, addressing homelessness, and managing public housing, the Department of Housing and Urban Development (HUD), has a budget of less than $50 billion a year. But the annual cost of the mortgage interest tax deduction is about $112 billion a year in foregone revenue. This means that, as a nation, the subsidies for home ownership are more than double those for renters. This doesn’t take into account other external costs like the construction of the highway system, sewer system, and the other infrastructure spending necessary for the construction and maintenance of the suburbs.

And now the existing housing crisis is being compounded by the economic and labor shocks of the pandemic. The Covid-19 Eviction Defense Project, a private effort backed by philanthropic resources and not the government, estimates that 20 percent of the U.S.’s 110 million renters are at risk of being evicted by the end of September. The fallout from these evictions won’t just be economic. In his book Evicted, Matthew Desmond documented how eviction takes a significant health toll on people. Women who are evicted have persistent signs of emotional distress two years after their eviction. The U.S. is hardly ready to track the health impacts of evictions when we don’t track the evictions themselves, much less have a federal resource to let tenants see if they’re covered by the coronavirus related federal eviction bans. While the NLIHC has made an effort to create one using what data they’ve managed to cull from several government agencies, Fannie Mae and Freddie Mac have not made all of their data publicly available, which means the NLIHC’s tool isn’t comprehensive. (NLIHC has urged regulators to release this data so renters have all the information they need to protect themselves).

Advocates have long tried to fill these data gaps left by the federal government. Community groups like San Francisco’s Anti-Eviction Mapping Project and Boston’s City Life Vida Urbana have created eviction trackers. Desmond founded Eviction Lab to build an evictions database in the vacuum left by the federal government. But the program, whose funders include the Gates Foundation and Chan Zuckerberg Initiative, has been criticized for relying on big data brokers and undercounting evictions. Desmond himself originally proposed a federal evictions database and continues to support it. “The U.S. government should absolutely be keeping track of one of the most morally-urgent issues facing Americans today,” he told The New Republic. To truly track evictions, we need the federal government. In late 2019, Senators Michael Bennet and Rob Portman introduced the “Eviction Crisis Act” to build such a database, as well as create a set of pilot programs to prevent at-risk tenants from being evicted. Currently, the bill is stalled in the Senate Banking Committee.

The CARES Act, recently passed in response to the pandemic’s economic ravages, created a moratorium on evictions at federally-backed rental properties through July 24th. This moratorium was extended on single family home foreclosures and evictions to at least August 31. Regardless, these protections aren’t available to everybody. Undocumented people may not be able to take advantage of the eviction moratorium, because they put themselves at risk when they seek enforcement. And those with private landlords are dependent on their state to extend any local eviction moratoriums (Eviction Lab has compiled a scorecard documenting protections by state and when they expire). In Wisconsin, Governor Tony Evers banned all evictions through the end of May. But once the Wisconsin moratorium ended, Milwaukee saw evictions spike 13 percent compared to last June.

To address the failure of CARES to meaningfully address the looming eviction crisis, Reps. Maxine Waters and Denny Heck, along with Senator Sherrod Brown have introduced a bill to provide $100 billion in emergency rental assistance. Senate Democrats devoted a day of floor speeches to the problem on July 1. The House also passed an infrastructure bill on July 1 that included Waters’ “Housing is Infrastructure Act”, which allocates $70 billion to fully address needed repairs in one million public housing units. Besides Bennet and Portman’s eviction database bill, which Republican Senator Todd Young also co-sponsored, Republicans have expressed no interest in addressing the coming flood of evictions with either rental relief or additional funds for public housing. The dearth of eviction data prevents lawmakers, activists, and communities from meaningfully understanding the scope of the problem and advocating for these changes.

Congressional inaction is responsible for the failure to implement the required database to track foreclosures, a failure to provide needed funds for public housing and other solutions for at risk renters, and a failure to prevent evictions during the coronavirus pandemic. If Congress now bungles emergency rental assistance, people will have to deal with the dual crisis of losing their homes and becoming more susceptible to the coronavirus—an unavoidable consequence of homelessness and housing insecurity. The lack of a federal system to properly track both foreclosures and evictions means that we will never fully know the scope of the harm done during this crisis, let alone ameliorate it. We will, nevertheless, have to live with the consequences.