In early June, Lucid Motors sent a “production-representative” Air to North Carolina for aerodynamic testing at Windshear’s advanced rolling-road wind tunnel. The result was a verified coefficient of drag of 0.21, making the Lucid Air the world’s most aero-efficient luxury car.

This is highly significant, especially for an electric vehicle which needs to be as efficient as possible to maximize driving range. Lucid Motors says aero efficiency is one of the company’s core tenets.

“We applied lessons learned from shaping the world’s highest performance racing machines as integral to the Lucid Air’s design process,” said Jean-Charles Monnet, Lucid Motors’ Lead Aerodynamicist with 11 years of experience in Formula 1. “It’s not just about achieving the lowest coefficient of drag. It’s also key to have a highly balanced performance vehicle with precisely managed airflow in all aspects,” he added.

Also Watch: Lucid Air Plays On Snow And Ice As Part Of Its Development 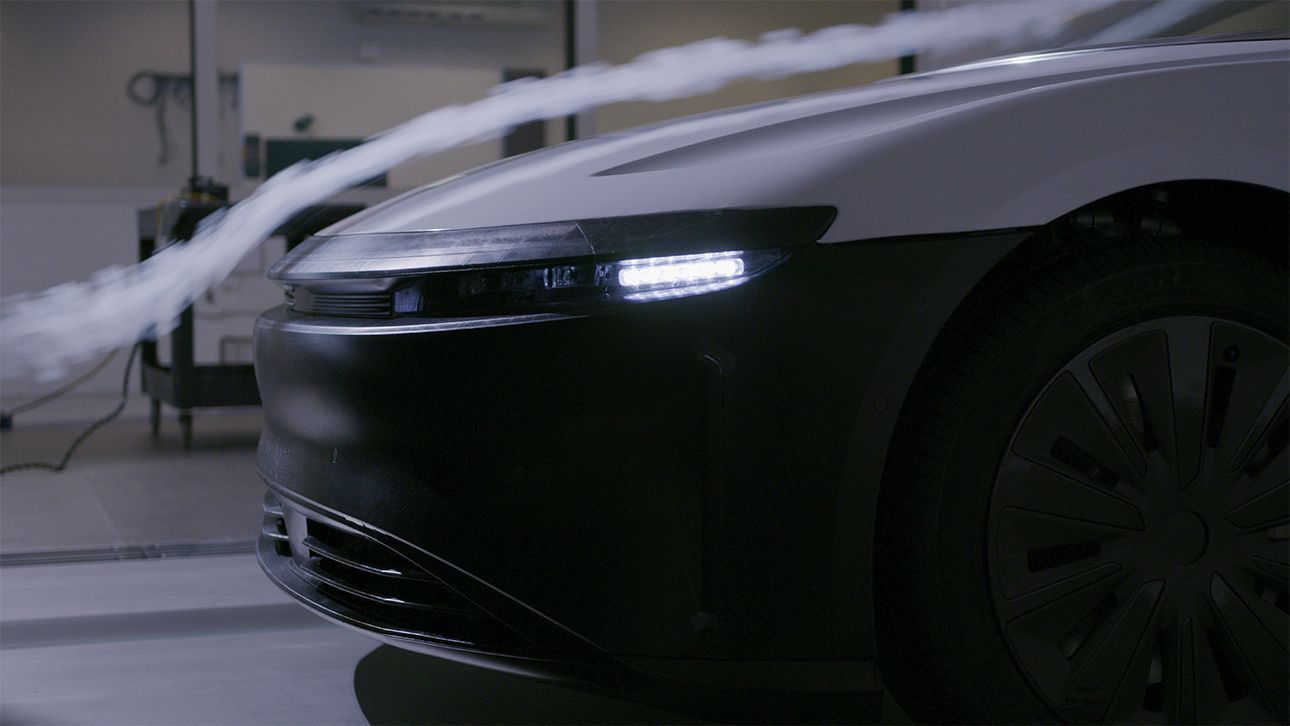 To achieve a coefficient of drag of 0.21, a slippery body shape is essential but not enough. The Lucid Air also features functional surfaces and details that guide air efficiently through and around the car. This includes side air intakes in the front fascia that smooth airflow around the typically turbulent wheel wells, aerodynamically optimized wheel designs, and vents in the hood that channel air around the flanks of the car.

Additionally, the Lucid Air has a proprietary and patented vortex-generating air intake system behind the front bumper. Its role is to maximize cooling performance by uniformly distributing air on heat exchange surfaces while minimizing the size of the air intake aperture, further increasing aerodynamic efficiency. 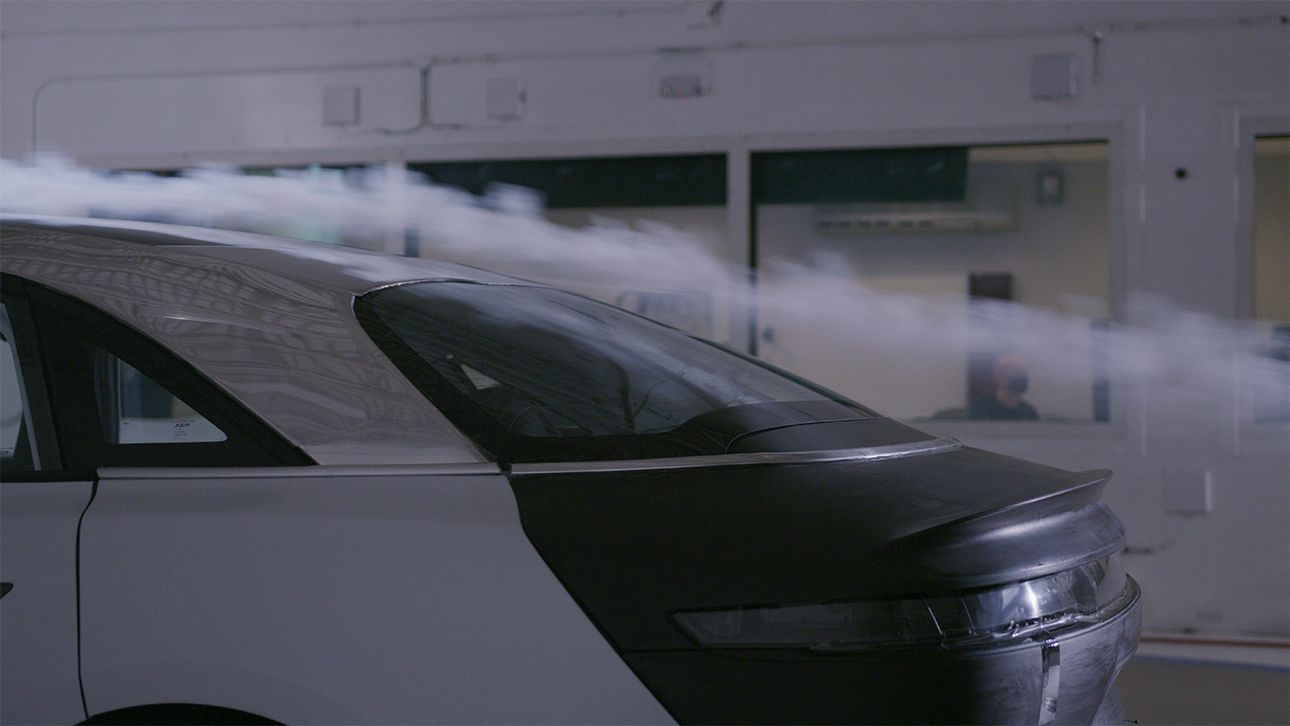 Other important elements include the uninterrupted, smooth undersurface curves which rise toward the rear of the Lucid Air to form an aerodynamic diffuser. A direct result of the Lucid Air’s aerodynamic efficiency is the range of over 400 miles (643 km) achieved in real-world testing by beta prototypes on public roads at highway speeds.

In addition, Lucid Motors continues track testing and top speed runs to ensure high-speed stability and to validate the functionality of aerodynamic systems. A Lucid Air alpha prototype has achieved a GPS-confirmed top speed of 235 mph (378 km/h), with more high-speed testing planned for this summer with the beta prototype fleet.

The production Lucid Air will debut in an online event on September 9, when specifications, available configurations and pricing information will also be released.