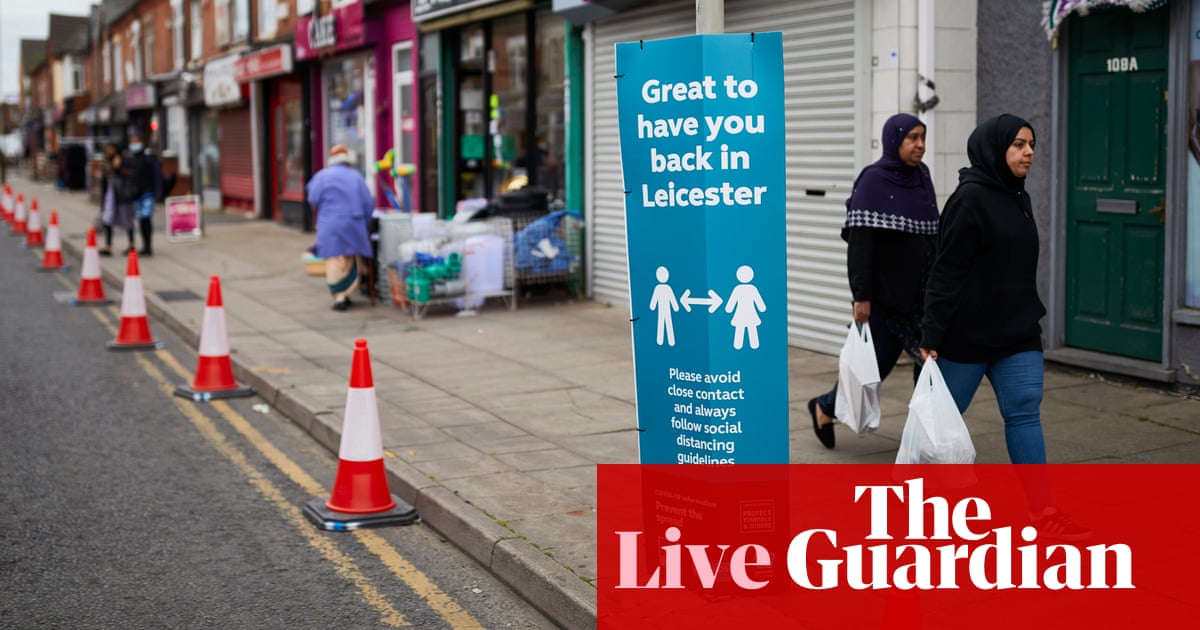 Prime minister Boris Johnson attempts to refocus his premiership by promising a “New Deal” for Britain in the wake of the coronavirus crisis has been described as ‘absolutely fanciful’ by critics.

According to pre-released extracts, Johnson’s speech will highlight projects worth £5bn, which he will “accelerate”, including improvements to schools and hospitals, and “shovel ready” schemes such as parks improvements.

Speaking in the West Midlands, he will claim his ambitions to rebuild Britain echo the achievements of Franklin D Roosevelt (FDR), who carried out a wholesale reconstruction of the US economy in the wake of the Great Depression and is remembered for large-scale projects such as the Hoover Dam.

But critics of the prime minister will likely highlight there is no new money in the announcement.

Some observers derided Johnson’s suggestion that his plan bore any resemblance to the 1930s White House.

“The notion that he’s going to turn himself into FDR seems absolutely fanciful,” said professor Anand Menon, of the UK in a Changing Europe thinktank.

“FDR surrounded himself with experts, and drew on what they had to say, in a way that Boris Johnson so far has not.”

The chancellor is expanding a £500m fund for UK startups hit by the coronavirus crisis, to ensure firms that shifted their headquarters abroad can still access the scheme.

The Future Fund will now benefit companies that are seen as British in all but name, having moved their parent company to tap US investors or take advantage of so-called accelerator programmes. Accelerators like US-based Y Combinator often ask firms to set up a US entity in order to access financing, mentorships and expert networks overseas.

Future Fund applicants will still have to prove that at least half of their staff are based in the UK and that they make at least 50% of their revenues from UK sales, the Treasury said.

“This change means that those startups who have strived to be the very best, and taken opportunities to grow their business, will be able to benefit from our world-leading Future Fund,” chancellor Rishi Sunak said.

Health Secretary Matt Hancock has said the government will change the law to enforce the local lockdown in Leicester.

We will be bringing forward a legal change very shortly, in the next couple of days, because some of the measures that we’ve unfortunately had to take in Leicester will require legal underpinning.

The lockdown would be enforced by the police in some cases, while legal changes would be made so non-essential retail is no longer open.

When asked on how people would be stopped from travelling outside the city, he said:

We’re recommending against all but essential travel both to and from and within Leicester, and as we saw during the peak, the vast majority of people will abide by these rules.

Of course we will take further action including putting in place laws if that is necessary but I very much hope it won’t be.

Morning and welcome to the UK liveblog. I’m Aamna Mohdin, I’ll be helming the liveblog until Andrew joins us later this morning.

Leicester is the first area to undergo a local lockdown, with schools shutting for most children and re-opened shops forced to close again. Health secretory Matt Hancock announced restrictions will be strengthened and continued for two weeks in a bid to combat a surge in Covid-19 cases.

Non-essential stores will close from Tuesday with schools shut to all but a small group of children from Thursday in a series of measures intended to quell coronavirus infections – which swelled by nearly 950 in a fortnight according to Leicester City council.

It means the city of more than 300,000 people will have to wait while the rest of England enjoys new freedoms, including the reopening of pubs and restaurants from 4 July, on what has been labelled “Super Saturday”.

Non-essential shops, which were only allowed to reopen earlier this month as part of lockdown easing, will have to shut again. The new measures in Leicester will be reviewed in a fortnight, Hancock said.

Here’s an explainer on what the local lockdown will look like.

Leicester lockdown: what are the new Covid-19 restrictions?

Hancock will be doing the media rounds this morning, which I’ll be keeping an eye on.