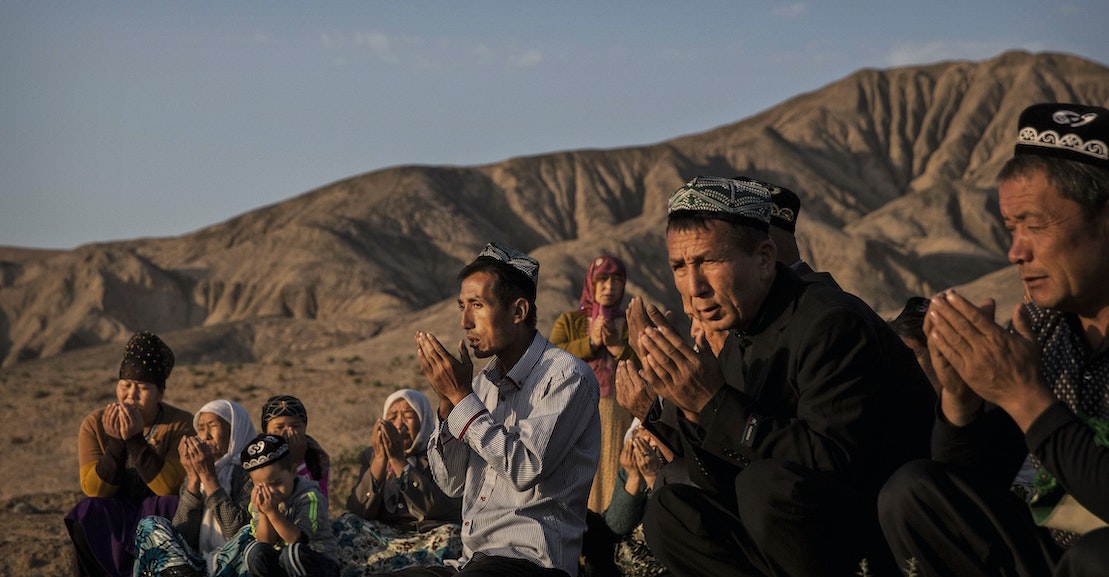 There is a “climate of terror around having children” among China’s oppressed Uighur Muslim minority, according to a horrifying Associated Press report published on Monday. Over the last four years, the government has spent hundreds of millions to suppress the birth rate of Uighurs and other Muslims. Men have been imprisoned for having too many children; women have been forced to use birth control and have abortions. In some cases, women have been sterilized. The birth rate in Uighur regions fell 60 percent from 2015 to 2018. “It’s genocide, full stop. It’s not immediate, shocking, mass-killing on the spot type genocide, but it’s slow, painful, creeping genocide,” Newcastle University’s Joanne Smith Finley told the AP. “These are direct means of genetically reducing the Uighur population.”

The awful specifics of China’s oppression of Uighurs was new, but the world has long known about the mistreatment of the group. Since 2017, China has essentially banned their religious practices and held at least a million Uighurs in concentration camps, where they have been brutally tortured, according to Human Rights Watch. As information about the camps has trickled out, international condemnation has followed. Last fall, 23 countries, including the United Kingdom, Canada, France, Germany, and Japan, released a statement calling on China to close the camps. (The Chinese government at first denied their existence, but now claims that they are “vocational training centers” aimed at combating extremism.) Earlier this month, Congress passed the Uighur Human Rights Policy Act of 2020, which can be used to sanction Chinese officials. But China has thus far brushed off all criticism and has continued to expand the camps, which may hold as many as three million Uighurs and other Muslim minorities.

There may be other ways to pressure China, however. The last month has shown the ability of mass protest movements to push corporations into making long-overdue changes. Companies have donated billions to Black Lives Matter groups and pledged to make their workplaces more diverse. Dozens of companies, including Verizon and Unilever, have paused ad campaigns on Facebook, in what the media advocacy organization Sleeping Giants described as “a broader reckoning around the platform’s lack of moderation of hate and disinformation.” The same tactics being used to push companies on domestic issues could easily be used to pressure them on the international stage. The most disturbing ongoing human rights violation of our time would be the perfect place to start.

Writing in Slate in 2018, Isaac Stone Fish noted that “most U.S. companies have unsurprisingly given Xinjiang,” where most of the Uighur concentration camps are, “a wide berth.” The NBA was, at that point, an exception: It had built one of its three Chinese training facilities in Xinjiang. (The league’s relationship with China would blow up a year later over pro-democracy protests in Hong Kong.) The calculus was fairly obvious. “Doing business in an authoritarian country like China inevitably presents ethical and political dilemmas, as several tech giants and airlines have recently learned,” Stone Fish wrote. “But doing business right in the midst of a campaign that some human rights groups have described as genocide is another thing entirely.”

And yet, foreign corporations, including several major American ones, appear to have had deeper culpability in China’s horrific treatment of Uighurs than was known two years ago. Earlier this year, the Australian Strategic Policy Institute reported that tens of thousands of Uighurs were toiling in factories supplying dozens of multinational corporations. “Under conditions that strongly suggest forced labor, Uighurs are working in factories that are in the supply chains of at least 83 well-known global brands in the technology, clothing and automotive sectors, including Apple, BMW, Gap, Huawei, Nike, Samsung, Sony and Volkswagen,” the think tank found. Uighurs who were forcibly relocated and banned from practicing their religion were, according to the ASPI, making shoes for Nike and cameras for Apple. In October, U.S. Customs and Border Protection banned the import of products from one Chinese firm that utilized forced labor and blacklisted 28 others involved in the internment and repression of Uighurs.