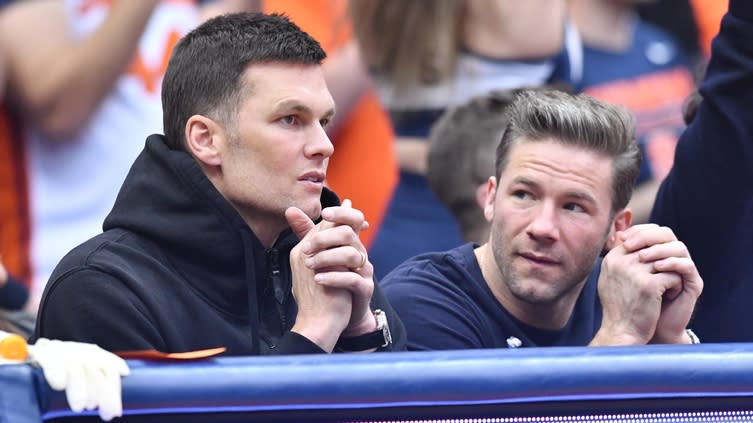 Tom Brady broke up with the New England Patriots this offseason, but he doesn’t want his ex to forget about him.

Patriots wide receiver Julian Edelman obviously was excited about having another former NFL MVP as his quarterback and expressed that excitement Tuesday on social media.

Enter Brady, who couldn’t leave well enough alone and replied to Edelman in the comment section:

Download the MyTeams app for the latest Patriots news and analysis

Translation: You might enjoy working with Newton this year, but remember the QB who helped you become the player you are today.

If you believe the Patriots essentially drove Brady out of New England this offseason, you could view Brady’s comment as a longing for his old pal.

But you also might detect shades of jealousy in the 42-year-old QB as Edelman attempts to bond with the Patriots’ new QB1.

Edelman was already motivated to prove he and the Patriots can succeed without Brady in 2020, and TB12’s comment could add another log to that fire.