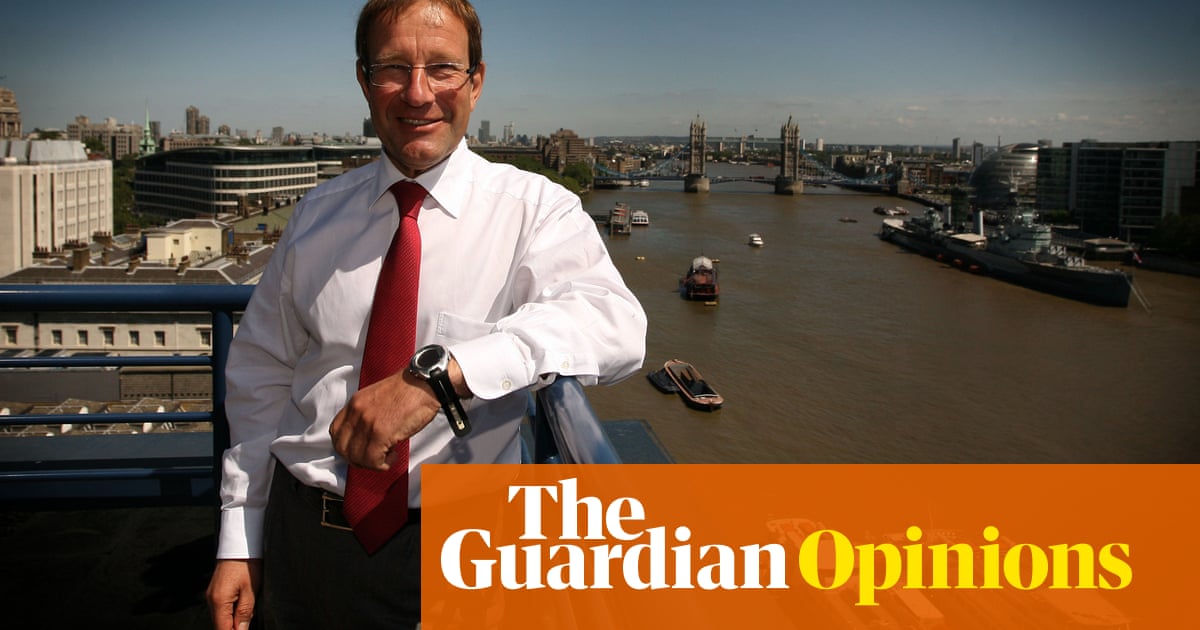 Last summer I called up a former Conservative minister to talk about the role of political donations in British politics for my new book. He was surprisingly frank. “A little bit of money,” he told me, “goes a long way.”

Just how far a little money goes in British politics has seldom been more apparent than in recent weeks.

Political donations are at the heart of the scandal surrounding Robert Jenrick. The housing minister has admitted “apparent bias” in reversing a planning decision against Tory donor Richard Desmond’s proposed Westferry Printworks housing development in east London, overruling local officials and saving the property developer an estimated £45m. Desmond subsequently gave £12,000 to the Conservatives; a Tory spokeswoman said government policy was “in no way influenced by party donations”.

Jenrick’s unlawful intervention came a few months after he had sat beside Desmond at a £900-a-head Conservative fundraiser at the Savoy hotel. On Radio 4’s Today programme last week, Jenrick’s cabinet colleague, the business minister Nadhim Zahawi, suggested that if voters wanted to raise planning issues with their MPs they too could pay to attend Tory functions.

Plenty of property developers seem to have taken Zahawi’s advice. Analysis by openDemocracy last week showed that the Tories received more than £11m from donors connected to property and construction since Boris Johnson came to power – a significant increase on Theresa May’s tenure.

The Conservatives’ donors are not confined to property. The long-delayed Russia report into Kremlin interference in British politics is widely expected to highlight the Conservatives’ reliance on donors with close ties to Moscow. The wife of a former deputy finance minister in Vladimir Putin’s government recently paid £45,000 for a game of tennis with Johnson.

This kind of “cash for access” speaks to an even greater problem: the reliance of British politicians – particularly Tories – on big-money donors, with all the potential for conflicts of interest that goes with it.

There has never been so much private money in British politics. Britain’s 50 richest donors gave a record-breaking £35.5m to parties in 2019. The Conservatives alone raised nearly £40m in the runup to December’s general election.

British political parties depend on fundraising to survive, whether from the manufacturers and financiers who championed Ted Heath’s Conservative leadership in the early 1970s or the City of London millionaires who bankrolled Margaret Thatcher a decade later. Financial transparency has come a long way from the 1980s, when the late Lord McAlpine reputedly turned up in the City with a large sack asking for bundles of cash to fill Tory party confers. Nowadays all donations have be reported to the Electoral Commission.

But there are still plenty of loopholes. Donations of less than £7,500 are not published. That might not sound like much – especially compared with eye-watering sums spent in the United States – but it can be enough to get the ear of a politician.

There are other gaps. For £50,000 a year, donors get to meet the prime minister and leading ministers at the quarterly Leader’s Group dinners. These informal, off-the-record discussions are often the perfect opportunity for “a quiet word” about donors’ pet projects and interests.

David Cameron had agreed to release lists of Leader’s Group meetings after it emerged that the then prime minister was hosting private parties for funders at the Downing Street flat. But the Tories stopped publishing this information a few years ago, and when I checked recently all previous releases had been scrubbed from the party’s website.

There seems little chance of transparency improving on Boris Johnson’s watch. Desmond told the Sunday Times that Johnson committed to changing gambling rules to help his businesses after lobbying the prime minister at a Downing Street event last year. No 10 has refused to say how often the pair had met. Last year, the standards committee chastised Johnson’s “over-casual attitude” towards disclosing his own financial interests.

The Conservatives’ dependence on big money is not unique. The Liberal Democrats received £8m from Lord Sainsbury ahead of the party’s unsuccessful 2019 general election campaign. Labour relies mainly on trade union funding but has seen a notable uptick in private donations since Keir Starmer became leader. The Brexit party received more than £10m from a single donor, the Thai-based investor Christopher Harborne. This includes almost half a million pounds since Christmas despite Nigel Farage’s party barely even maintaining a Facebook page.

Does it matter that parties are so dependent on private money? Well, as the Jenrick affair shows, there can be more than a whiff of impropriety when political donors appear to receive preferential treatment.

A fifth of leading Conservative donors have received honours in recent years. JCB – owned by one of the Tories’ biggest backers, Lord Bamford – was recently given a £600m government-backed Covid corporate finance loan. Earlier this month, the JCB chief executive, Graeme Macdonald, said: “Although not a public company, we are eligible for CCF because of our contribution to the UK economy. We don’t expect to utilise it in the short term but it gives us an insurance policy if there is further disruption from a second spike or other impact around the world.”

While such donations may help party finances, they also serve to fuel declining trust in politics.

Many in the public rightly feel that politics is a rich man’s game. One way to counter that is to reduce the power of money in politics. Currently there is no cap on individual donations, but if the maximum donation was set at, say, £10,000 a year, political parties would be forced to rely on a far wider and more inclusive donor base. That, of course, would leave many parties with an income shortfall – a possible solution here could be for the state to step in and match-fund small donations. Another option is to make the cost of party membership tax-deductible.

However, there is little sign of such creative thinking. The Committee on Standards in Public Life recently announced a long overdue review of British electoral regulation – but the committee’s remit doesn’t include party funding.

Like Saint Augustine, British politicians often say they are all for probity. Just not yet. Until they are, a little bit of money will continue to go a very long way.

• Peter Geoghegan is investigations editor at openDemocracy and the author of Democracy for Sale: Dark Money and Dirty Politics