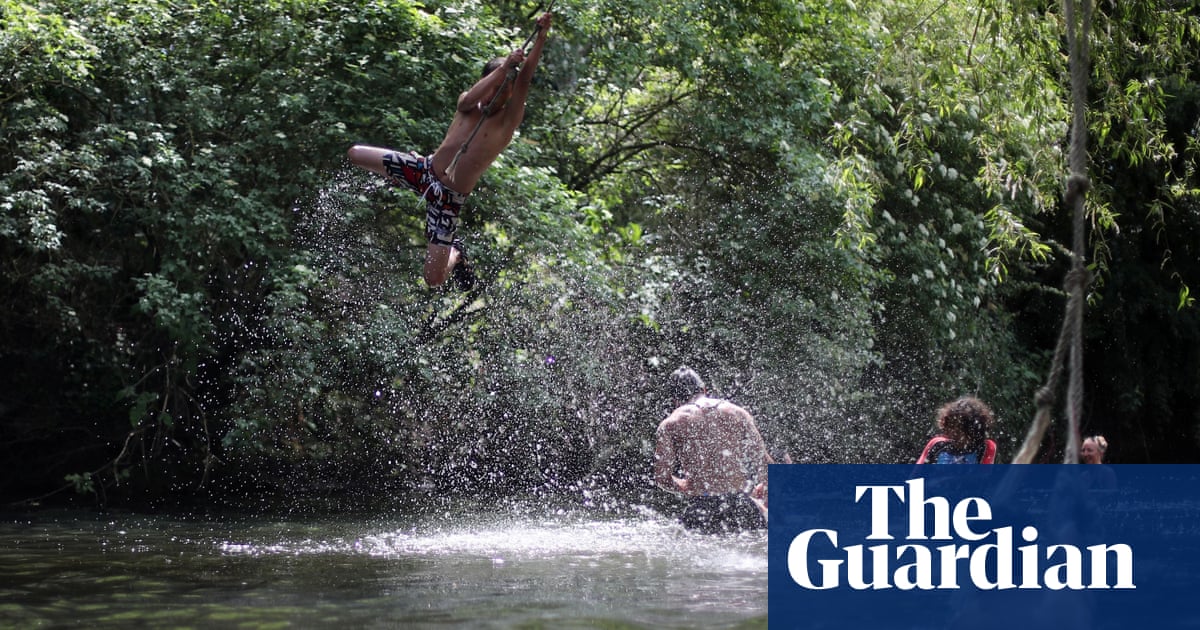 Let’s debate it. Presumably, we’re talking Triassic v Jurassic, something like that, when dinosaurs roamed the land, squelching about, squelch, squelch … Actually, a bit more recently than that. More like last week.

Really? Swamps in Britain? The ones teeming with giant alligators, anacondas and swarms of malarial mosquitoes? Do you mean the Fens? The Norfolk Broads, perhaps, or the Somerset Levels? Because those areas are lovely. Nope, swamps.

Glastonbury can get pretty swampy. It was cancelled. And this year would have been a relatively dry one.

I give up, then. Where are these elusive British swamps? Well, in the paper. More specifically, the New York Times.

The Gray Lady, winner of multiple Pulitzers, with a worldwide reputation for thoroughness and accuracy? That one.

Go on, what did it say? An article by a London-based reporter, Ceylan Yeğinsu, about the behaviour of some Britons in the heatwave, said we’d flocked to parks, beaches, and “cavorted by the hundreds in swamps”.

I wish! To be fair, a few people did get stuck in the mud at low tide at Weston-super-Mare.

Mudflats, as there are all around the coast, but hardly a swamp. Nor did they seem to be cavorting. The piece implied that we went to the swamps specifically to cavort. What about Bournemouth? Remember the scenes when half a million visitors descended?

Oi! Sorry, it’s one of our loveliest beaches, if a little busy at times. Definitely not a swamp.

Was it perhaps more metaphorical, about the behaviour of the ravers, the litterers and the urinators? Like a moral swamp? Oh, I see. A drain-the-swamp kind of swamp. No, it’s just another example of them getting us wrong, I’m afraid, or trolling us, like the TikTok tea lady. At least the New York Times had the grace to admit the error.

It ran a correction? Front page, I hope. No, just a few words, but a correction, at least. “An article on Saturday about a heatwave in Britain referred incorrectly to one of the areas where crowds had formed during hot weather. People flocked to parks, beaches and streams, not swamps.”

Swamps, streams, you like tomato and I like tomahto. It is tricky, just ask Daniel Marc Hooper. Ah, good old Swampy.

Yes, the environmentalist anti-road protester. Well remembered. And he lived in a tree.

Do say: “Hang on, I don’t even remember cavorting in the streams, either. New York Times? Yes, corrections and clarifications, please.”