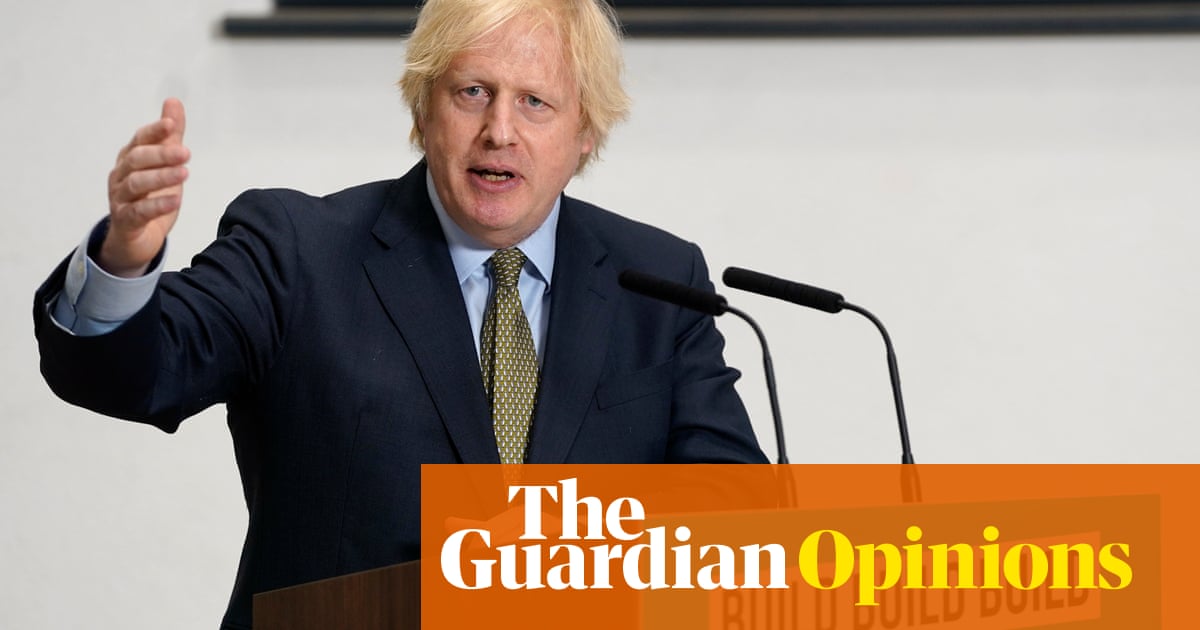 In 2017, the historian Walter Scheidel proposed that the “four horsemen” – warfare, revolution, state collapse and pandemics – had been the great levellers in history, reshaping societies by flattening economic inequalities. His thesis was not new, but his work meticulously argued that such events were necessary conditions for disruptive transformations. Revolutions are not inevitable. A short, sharp shock may change society in the short term, but leave it largely intact.

Underlying Boris Johnson’s speech on Tuesday is an acknowledgement that the coronavirus pandemic is potentially a Scheidelian shock that could take society in a completely different direction to the one he wants to drive it to. The more prolonged and severe the crisis becomes, the stronger the urge for equality and the larger the transformation needed. This perhaps explains why Mr Johnson made a speech now about “Britain after Covid” and why he said he wanted life to return to normal next year. He is hoping perhaps that the long-established patterns of reform rather than revolution would reassert themselves and he could muddle along. The danger for Mr Johnson is that coronavirus defines his government and forces him to deal with the yawning gaps in society that will be thrown into sharper relief the longer the Covid-19 crisis continues.

In his speech the prime minister chose to avoid the big questions of the age, preferring to dwell on the mundane. Rather than slaying one of the giants on the road to a post-coronavirus society – dealing with growing wealth inequality; a climate emergency; how to bring a fractured United Kingdom back together – Mr Johnson focused on the pygmy of planning rules that “prevent” housebuilding. Housing is a pressing issue, but red tape is a brake on property developer profits, not on the speed at which homes are put up.

In its current guise, conservatism is more than just a front for corporate interests. Mr Johnson rose to power because conservatism was divided by a conflict between party factions. He won an internal battle to define what the new order in conservatism will look like. But the prime minister has not won the battle of what the new intellectual order will look like. What is undeniable is that the state is growing. The economy has required infusions of government money to keep it afloat. The pandemic has meant frontline public services cannot be easily starved of cash. The state has shown a mighty capacity to insure people against economic risk and is underwriting billions in loans to companies. All this before the economy has to absorb the shock of a no-deal Brexit.

Mr Johnson’s speech reveals that it’s not yet clear whether he can sustain a new ruling bloc in electoral terms, given the impact of the crisis on the economy. Mr Johnson wants to secure the “red wall” seats he won in December with fiscal expansion. But he risks alienating the Tory pro-business base that craves tax cuts and his libertarian supporters who resist the social restrictions imposed by the pandemic.

A more activist state can produce a fairer settlement. There’s a tendency to underestimate the public’s tack towards collectivism but, equally, an inclination to overestimate the ease with which the state can shift direction. Gavin Kelly, who worked in Downing Street under Gordon Brown, has warned perceptively not to “underestimate the power of continuity”. A paradigm shift can happen when dominant beliefs no longer explain the way the world is working. But for this to occur, the case for change has to be made and won.