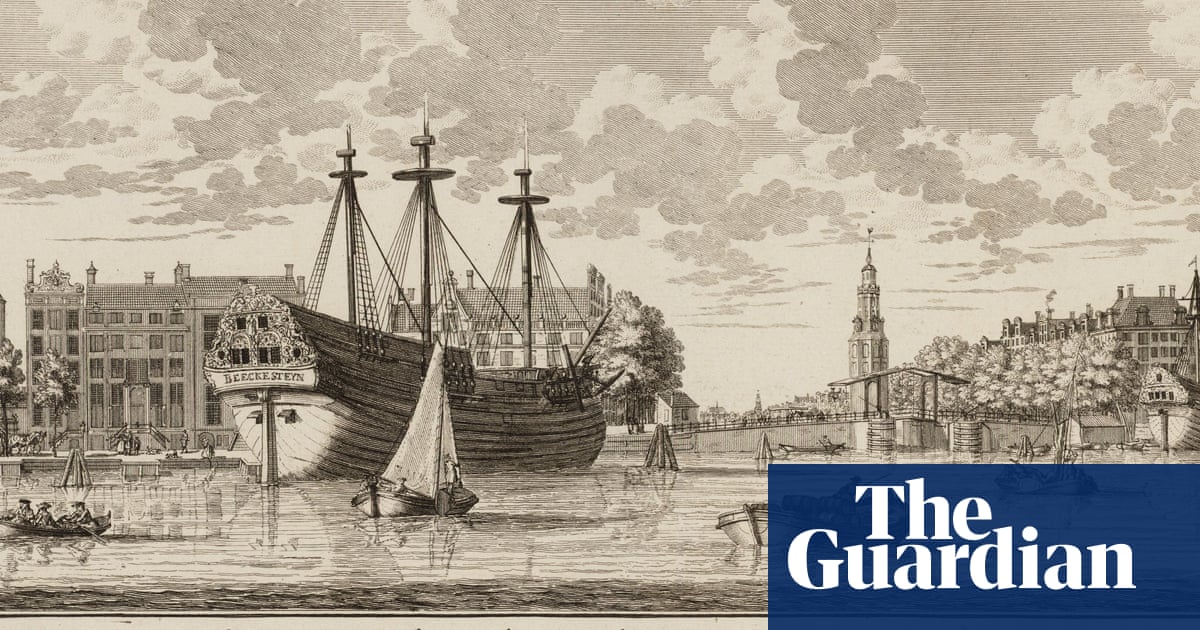 A contemporaneous drawing of a Dutch West India Company slave ship from the early 1700s in which more than 1,000 people died has been identified and is being exhibited as part of a wider attempt by the city of Amsterdam to reckon with its past.

The Beeckestijn transported around 4,600 slaves from the African west coast to the Dutch colonies of Suriname and St Eustatius over seven voyages to South America and the Caribbean between 1722 and 1736. At least a thousand slaves died on board.

Records show that the mortality rate for the enslaved men, women and children transported on the Beeckestijn was as high as a third during some of the ship’s long and arduous trans-Atlantic voyages.

The drawing is part of the Amsterdammers and Slavery exhibition being staged from Wednesday at the city archives to mark the 157th anniversary of the end of slavery in the colonies of Suriname and the Dutch Antilles. Abolition, after 200 years of the trade, was announced on 1 July 1863.

The print of the Beeckestijn in the Prins Hendrikkade docks, drawn by the draftsman Hendrik de Leth, is well-known and is part of a number of collections.

But the fact that the Beeckestijn was a slave ship had not been recognised until the recent discovery of the vessel’s records by historian Mark Ponte, who is curating the archive’s exhibition.

“It is the first 18th century print of a Dutch West India Company ship that we know of,” Ponte told the Guardian. “This print has been widely spread – this copy was in the Amsterdam city archives collection – and if you don’t know you wouldn’t be able to tell that it is a slave ship.”

“I was looking for material about the West India warehouses and the ship is in front of the warehouses on Amsterdam’s harbour front,” he said. “I put the name in a database and discovered it was a slave ship based in Amsterdam on which more than a thousand died.”

The Dutch West India Company had a monopoly on trade in the Dutch West Indies and was also given jurisdiction over the Atlantic slave trade by the then Republic of the Seven United Netherlands.

Records show that on WIC Beeckestijn’s first voyage, under captain Dirk de Wolf, the ship and its 63 crew left the Dutch port of Texel on 19 February 1721. The ship was mounted with 26 guns.

A cohort of 615 slaves was bought from northern Congo on the 29 April and the ship arrived with them to disembark at the Caribbean island colony of St Eustatius almost a year later on 3 April 1722.

The records show that only 560 of 615 survived the journey to work on the plantations. The ship then set sail for the Netherlands on 6 August.

The ship’s most murderous journey, however, came after the ship left Texel for Elmina, a port on the coast of what is now Ghana on 15 April 1730.

The vessel, then captained by Andries Graan, picked up 753 slaves from the west African port before leaving for Suriname on 18 February 1731.

When it arrived at the Dutch colony on 12 July of that year, just 513 disembarked – a mortality rate of 31%.

The exhibition about Amsterdam’s deep links with the slave trade will also feature the stories of 13 characters who were involved, including those who profited and those who were sold as property.

“The city of Amsterdam is currently researching its own involvement in the slave trade and that is why we wanted to do this exhibition,” Ponte said. “We started work on this long before the recent strong Black Lives Matter protests – but it makes it even more relevant of course.”