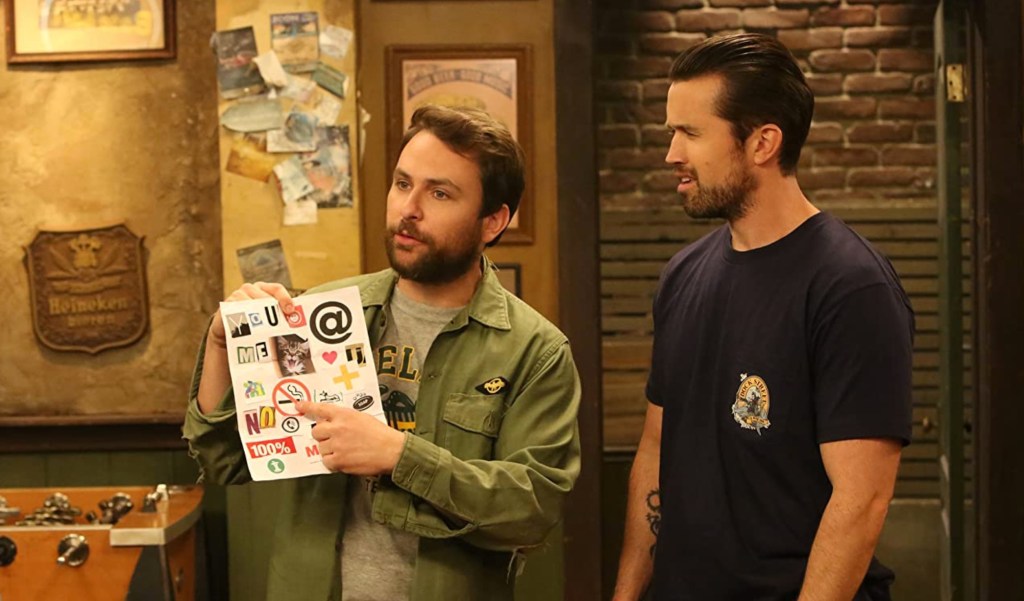 Most shows have a creative decline after four, maybe five seasons, assuming they even make it that long. But not It’s Always Sunny in Philadelphia. The FXX comedy, starring Rob McElhenney, Glenn Howerton, Charlie Day, Kaitlin Olson, and Danny DeVito, has been very good to great for 14 seasons, and counting. How is that possible? An ability to adapt over the years helps, like tweaking Dee’s role in The Gang, as does, as McElhenney explained in a recent roundtable interview with the Hollywood Reporter, surrounding yourself with voices that are different (younger, more diverse) than yours.

“In my writers room right now on Sunny, I have people who were not allowed to watch the show when it first aired. That’s the truth! I will go out and find 20-, 21-, 22-year-old people with all different backgrounds, and it’s not from some altruistic or pandering point of view, it’s that it’s going to make the show better, and I don’t want to be a dinosaur,” McElhenney said. “I want them to help guide me and show me what’s not only funny but what’s relevant, what’s changing, how is it changing, and how can we continue to be on the cutting edge.” The Mythic Quest co-creator, who’s lived a fascinating life, also shared an enlightening story about one of his first on-set encounters with DeVito:

“For me, I remember Danny DeVito came on in the second season of [It’s Always Sunny], which was 13 years ago, and he’s a comedic icon and a hero of mine, and [he asked me] at one point on set, ‘How do you want me to say it?’ And I said, ‘Well, just say it whatever way you think is funniest.’ And he said, ‘No, I want you to tell me what’s funny.’ And I remember going, ‘You want me to tell you what’s funny?’ He’s like, ‘Yeah, you’re the young person, and the reason I signed on to this show was because I want to stay fresh and relevant, and if I don’t, then I’m just going to become a dinosaur.’ That was a real learning experience for me.”

… but do be like Danny DeVito. This is true for most things in life.

(Via the Hollywood Reporter)