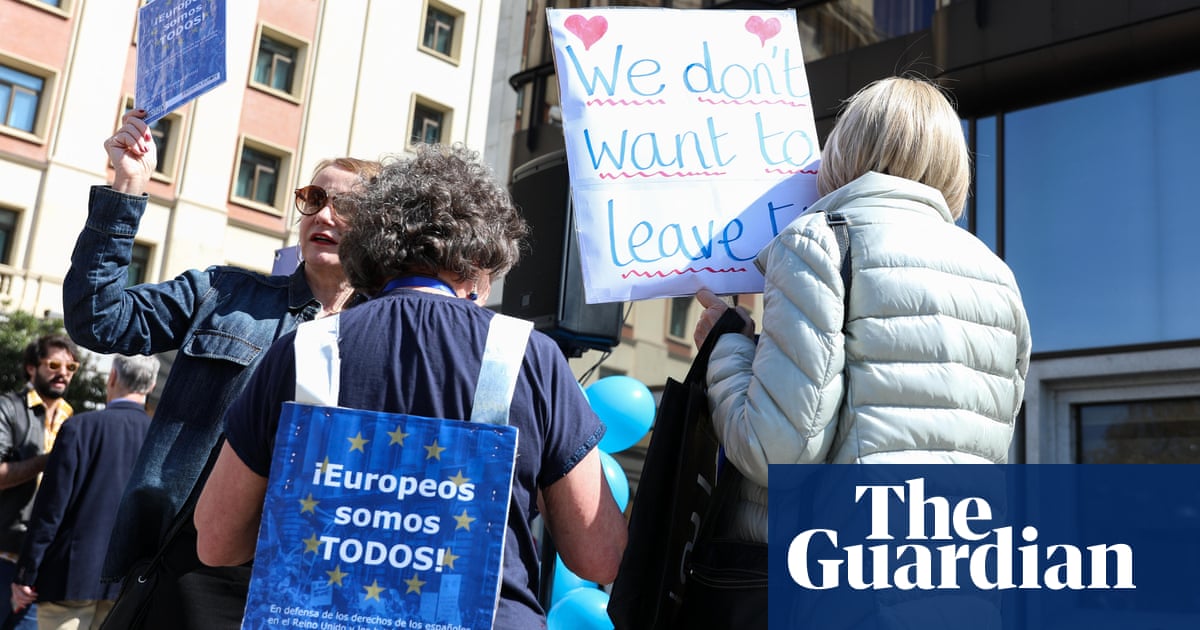 British citizens living in the EU may face significant work and travel hurdles from next year because member states have failed to get to grips with the impact of Brexit on their rights, MPs have been told.

As many as 23 EU member states have yet to implement systems to document the future rights of the estimated 1.2 million British citizens already living on the continent, who are in the dark over their future rights and obligations.

With 200 days to go before the end of the transition period, some countries have not even published draft legislation. The UK launched its system for EU citizens last March, with more than 3.3 million people granted pre-settled or settled status to remain in the country after Brexit.

Harris raised particular concerns for an estimated 100,000 British citizens in southern Spain, many of whom have lived there “under the radar” and said it would be a huge challenge to communicate to them by the end of the year, with particular difficulties in reaching elderly people and those in care homes.

Spain, home to more than 300,000 Britons, has said it will be implementing a “declaratory” system, which means British people who live there will not be illegal when the transition period ends.

However, Harris said this did not mean it would be “plain sailing”. Britons may yet require documents proving their status after 31 December to go back and forth to the UK, as Britons will no longer be in the “benevolent EU regime”.

While Spain has already declared what it is doing, as has France, BIE said it had concerns about the wider failure of the EU to publish a list of systems that each country intended to implement.

Kalba Meadows, a BIE member who represents an activist group in France, said: “Across the EU things are very, very much further behind than they are in the UK.”

Countries have a choice of putting in place a declarative or following the UK with a “constitutive” system, which requires citizens to make an application for their post-Brexit status.

So far, all the EU has said is that 13 countries have opted for the constitutive route and 14 the declaratory, but it has not said which countries are opting for which system.

Only Italy, the Netherlands and Malta have begun implementation, MPs heard. France was due to launch a constitutive system from 1 July, but on Friday, the country postponed this to October because of the coronavirus pandemic.

The SNP MSP Philippa Whitford warned of the consequences of the delays across the EU. “We do not want to see another Windrush right across Europe,” she said.

BIE also expressed concern over the loss of people’s free movement rights, which will threaten their right to work across borders, and the lack of an EU-wide recognition of professional qualifications.

It expressed renewed concern the issue was not been taken seriously enough by both the UK and EU leaders.

Jane Golding, the co-founder of BIE, said: “We haven’t had any indication from either side that this is a topic that has been discussed in any detail as part of the future [relationship] negotiations. And I think that it really is a question, I suppose, of the level of ambition on mobility rights that the UK seeks in the future negotiations.”

Meanwhile, campaigners in the UK have called on ministers to make changes to the EU settlement scheme because of the coronavirus pandemic. About 30 charities and organisations signed a letter to the home secretary, Priti Patel, setting out their concerns. The letter marks exactly a year until the deadline for applications expires. EU citizens have been told to apply by June next year in order to carry on living and working in the UK after freedom of movement with the European Union ends.

The letter says: “We are concerned that the government has not taken appropriate steps or made the adequate adjustments to the EU settlement scheme necessary to protect EU citizens and family members from Covid-19. We believe the Home Office must work with other government departments to resolve the following issues as a matter of urgency.”

The latest estimates show overall 3,612,400 applications have been received, with 3,319,000 finalised since the scheme began, leaving a backlog of about 293,400 still awaiting a decision.