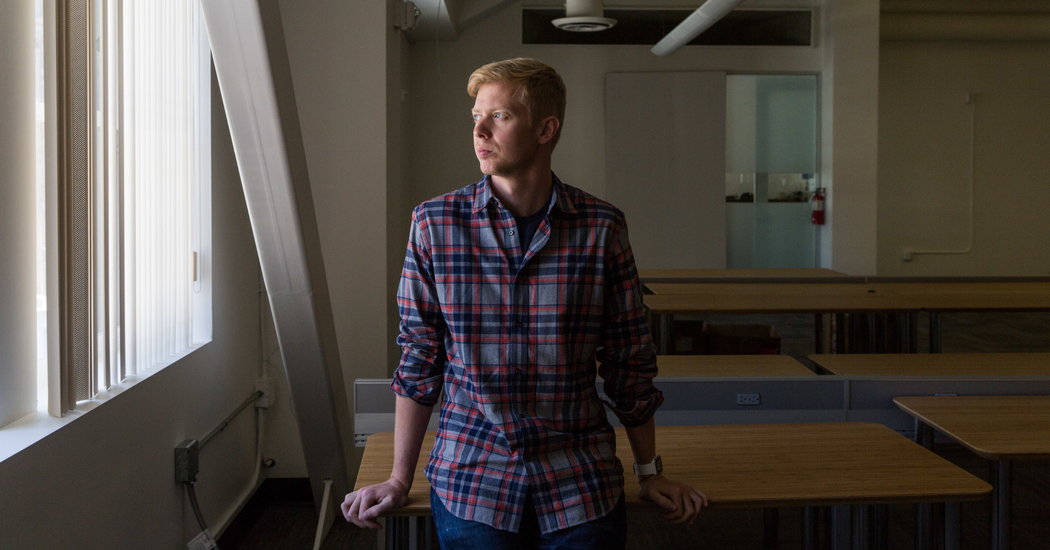 On Monday, Reddit — a site that for years was considered one of the internet’s dirtiest sludge pits — barred more than 2,000 communities as part of a broad crackdown on hate speech.

The crackdown’s most notable casualty was Reddit’s largest pro-Trump community, r/The_Donald. The group, which had nearly 800,000 subscribers, served as a virtual gathering place for President Trump’s fans, and a source of countless memes, slogans and conspiracy theories that made their way into the broader online conversation. (In more recent years, it had devolved into a cesspool of racism, violent threats and targeted harassment.)

These actions were a major shift for Reddit, which spent years resisting the idea of moderating users’ posts and refused to remove all but the worst content on its platform. Steve Huffman, Reddit’s co-founder and chief executive since 2015, when he returned to the company after six years away, has faced pressure to reckon with the site’s legacy of bigotry. This year, hundreds of Reddit moderators signed an open letter to Mr. Huffman and Reddit’s board demanding changes to the site’s policies.

On Monday, after the bans were announced, I interviewed Mr. Huffman about the decision to take down The_Donald and many other subreddits. These are edited excerpts from our conversation.

Can you explain, in the most succinct way possible, why you decided to take down these subreddits?

Yes. We updated our content policy to add an explicit rule banning hate on Reddit, which has long been an implicit rule, somewhat by design. But not being explicit about it, I think, has caused all sorts of confusion over the years. And so we updated the rule.

And then any time we make a rule change, we evaluate communities against the rule change. And so, as a result, there were a number of communities we ended up banning.

A few weeks ago, you wrote a letter to your employees about Black Lives Matter and where Reddit stood on issues like hate and racism. How much do you think the political climate and the protests and the kind of reckoning we’re seeing played into this decision?

The current events certainly added more urgency to it. Now, that said, we’ve been working on an update to our content policy for quite some time, and we had a sense of where the gaps were, and the rough patches.

A few years ago, you were asked about banning The_Donald specifically, and you said, “There are arguments on both sides, but ultimately, my view is that their anger comes from feeling like they don’t have a voice, so it won’t solve anything if I take away their voice.” What changed?

So The_Donald is complex, and I think reducing that community or any large political group to one thing or one viewpoint is impossible. One aspect of The_Donald is that it’s a very large political community that, at one point in time, represented the views of many Americans. Political speech is sacred in this country, and we applied that to Reddit as well.

At the same time, that community had rule-breaking content — content that was harassing or violence or bullying. And so our strategy has been to try to get that community to come in line with our content policies. We made moderator changes, different technical changes to try to bring The_Donald into line, some more successful than others, but ultimately not to the extent that we needed.

Something I’ve said many times is that the only way to scale moderation online is by working alongside our community members and the moderators, because they have the context to decide whether an individual piece of content is hateful or not, for example. Which means that if we don’t have agreement from our moderators and our communities that these are the rules that we’re all going to abide by, then a community that’s not willing to work with us has no place on Reddit. And I think that became abundantly clear with The_Donald over the years, and even the past few months.

Right now, Facebook is facing an advertiser boycott — companies pulling their ads in protest of the company’s policies and their failures to keep misinformation and hate speech off the platform. Reddit also has advertisers, who presumably have some of the same concerns. Was this a business decision?

No, although, of course, what you say is true — we have advertisers who care about these things. But this was a decision — a series of decisions, really — to make Reddit better.

The mission of Reddit is to bring community and belonging to everybody in the world. And we’ve long had this debate on Reddit and internally, weighing the trade-offs between speech and safety. There’s certain speech — for example, harassment and hate — that prevents other people from speaking. And if we have individuals and communities on Reddit that are preventing other people from using Reddit the way we intend, then that means they’re working directly against our mission.

In a call this week, you said something about how you were struggling to balance your values as an American with your values around human decency. Can you explain more what you meant by that?

I think this is something that a lot of people in the United States are going through right now.

When we started Reddit 15 years ago, we didn’t ban things. And it was easy, as it is for many young people, to make statements like that because, one, I had more rigid political beliefs and, two, I lacked perspective and real-world experience.

Over the years, we’ve been increasingly confronted with difficult decisions, and we have to weigh these trade-offs. And so here we are, believing that free speech and free expression are really important, and that’s one of the things that makes Reddit special, but at the same time, seeing that allowing everything is working against our mission.

The way out, for us, has been through our mission: What are we trying to accomplish on Reddit? And what’s the best path to get there?

You used to joke that you were Reddit’s “totally politically neutral C.E.O.” For a long time, it seemed like neutrality was sort of the aspirational goal of being a social media platform. And now it seems like a lot of platform leaders, you included, are admitting that that’s not a good goal, or at least not one that produces good outcomes. Do you think the era of the neutral platform is over?

I’m going to reject that statement just a little bit, in that banning hate and violence and bullying and harassment is less a political statement and more a statement of what are largely common values in this country. And there’s certainly the political debate over how far free speech should go. But just as in the United States there’s no such thing as unfettered free speech, there are limits. And I will point out that the Supreme Court has also wrestled with this over hundreds of years, because these are really challenging debates.

I’m baiting you a little bit, so don’t ask the obvious follow-up question, but … although I have political views, they don’t surface through Reddit. And nobody, in all of my years on Reddit, has actually asked me my political views.

Well, OK. What are your political views?

But in today’s political environment, even saying something like “Black Lives Matter” places you on one side of a cultural divide and political divide. So how do you think about the fact that even if you don’t mean for these to be partisan decisions, people will interpret them as such?

You know, I think the answer is in your question. I think making statements, or making changes to our policies in the name of human decency, may be perceived as political statements. But for us, it’s doing the right thing and doing the practical thing.

In the past couple of weeks, the president has threatened to revoke legal protections for online companies, and he’s gone after Snapchat and Twitter and other platforms that have taken action against him. Are you worried about becoming a target of the president and his allies?

Well, I believe the latest thing through the Department of Justice was demanding that these platforms consistently enforce their terms of service. And so we are simply doing what he asked by enforcing our own terms of service.

I’m sure that will be a satisfactory answer to everyone in the Trump administration.

Yes, but let me expand on that a little bit.

Nilay Patel, the editor in chief of The Verge, had an interesting tweet. The conversation was all about the political and legal and financial reasons that platforms might want to crack down on objectionable speech. And he said, “Sometimes the answer is as simple as people looking at the thing that they’ve made and deciding that they would like to be more proud of it than they are.” Does that resonate with you?

It does. And to be honest, I’ve said those words at Reddit. When I came back my first day of 2015, I told the company, “One of my goals is for you to be proud to work here.” Because back then, the company was not in a good place. The people who worked at Reddit simultaneously loved Reddit — you wouldn’t be at Reddit in 2015 unless you loved Reddit — and were not willing to wear their swag in public.

Precisely. And that made me sad. It’s, I think, a very natural human thing to want to make the world a better place. I know those words are cheap in this town, but some of us believe it.

Your general counsel said on Monday that there’s a place for President Trump on Reddit. But given how the president has been testing the limits and rules of all the platforms that he’s on, and creating all these headaches for their leaders, do you really want Mr. Trump on Reddit?

Look, nobody wants to be in an echo chamber, right? It’s boring and unhelpful to read a one-sided view of any issue. So we welcome political views across the spectrum. I think Trump’s rhetoric and campaign style is deliberately antagonistic, and that makes it easy to run afoul of our policies. But we have many conservatives on Reddit, and we have Trump supporters on Reddit who are perfectly capable of staying within our rules. And we hope that continues to be the case going forward.

Your co-founder, Alexis Ohanian, recently stepped down from Reddit’s board, saying that he wanted to make space for a Black board member. And when he made that announcement, he said that part of the reason that he did that was so that he’d have an answer when his daughter asked, “What did you do?” I don’t think you have kids, but when you’re making decisions like these, how much are you thinking about how future generations will look back on Reddit?

You know, when I look back on this time, and — hopefully — if I get to tell my kids about it, I can say that I didn’t quit, I was a part of this, and I did everything I could to stand up for my and our values, even though at times it’s very difficult.