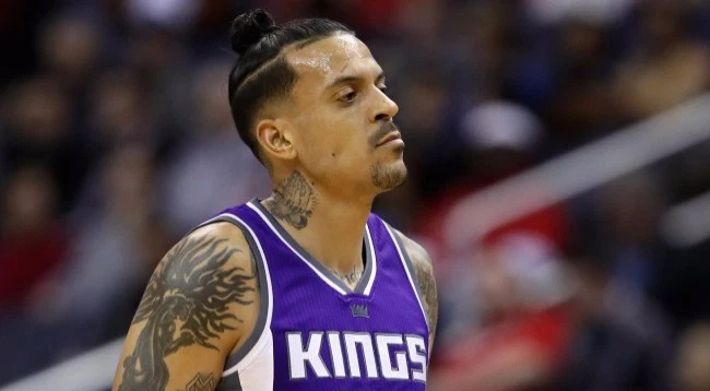 One of the main goals of the nationwide protests for social justice is to give Black people a voice in a way they’ve never had before. Around the country, professional athletes are helping lead the charge and using their platform to spread awareness of their experiences living in an America where they are treated unequally.

Stephen Jackson, Damian Lillard, DeMar DeRozan, and many other current and former players have used their money, time, and influence to bolster this cause. They’ve also taken the opportunity to remind us that, before their stardom, they went through the same hardships that all Black people face, and that despite their fame and wealth, they are still subject to the racism and hatred that is so insidious in our country.

Matt Barnes has been a vocal leader in the movement, and this week, he spoke to Taylor Rooks of Bleacher Report about a number of topics related to race in America. Most poignantly, he talked about how his father told him to fight anyone at school who called him the N-word and how he was eventually able to use sports to earn respect and find common ground.

“I was by myself, I was on an island,” Barnes said. “Until I really got a chance, I think, through sports. These kids, once they were finally tired of getting beat up, they finally allowed me to play with them. Then, once they allowed me to play with them, I was the best — football, basketball, baseball, kickball. Sports was what allowed them to the chance to get to know me as a person. That was kind of the turning point.”

Barnes also talked about what he sees as unfair treatment of Black coaches in the NBA and his perception that white coaches are given more chances and more leeway. Having played for the Clippers during the Donald Sterling sterling era, Barnes went on to say he would try to do things differently today and urge his team to sit out in protest.

Although he hasn’t directly advocated for players to opt out of the Orlando bubble, Barnes has helped amplify concerns about how the NBA restart could distract from the Black Lives Matter movement. However, many see it as an opportunity to use the platform to bring even more awareness to the fight for social justice and police reform that has gripped the nation for the past month.