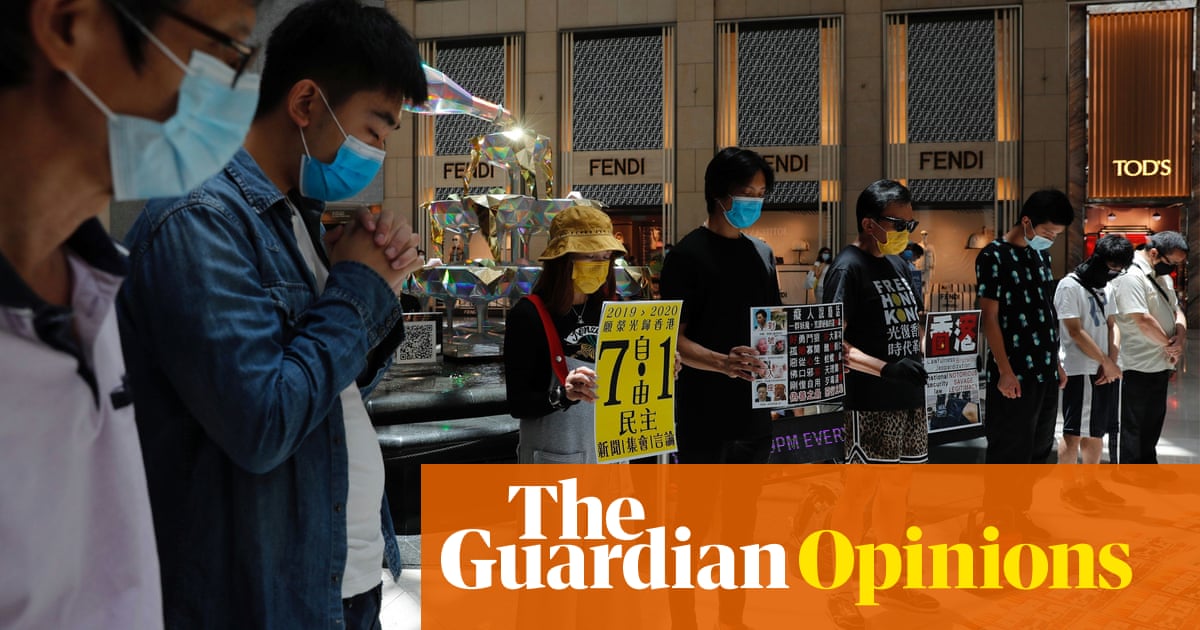 Nowadays, I have trouble sleeping.

I do everything I can to lull myself into a sedative state: drink chamomile tea, wear an eye mask, take melatonin. Above all, I fight the urge to check my phone. Because as my day ends in London, morning begins in Hong Kong – and at a certain point, I won’t be able to keep from checking the endless news updates from back home; a sort of masochistic ritual that has become second nature after a year of following the city’s protests from afar.

Last night, sleep was impossible. Beijing has just passed a sweeping national security law that will criminalise “secession, subversion, terrorism and collusion with foreign or external forces”, drastically curbing dissent in Hong Kong. The legislation – which allows mainland Chinese officials to operate in Hong Kong, and in some cases could supersede the local legal system – could pose the most serious threat to the territory’s cherished civil and political freedoms since its handover from Britain to China in 1997.

While it is unclear how these crimes will be defined, who they will affect and what mechanisms protect the rights of those accused, many are concerned the law could be used to prosecute pro-democracy activists, human rights workers, journalists and lawyers, the way similar laws have been used to target their counterparts in the mainland. Although Hong Kong’s mini-constitution requires it to enact a national security law, residents are fiercely protective of the rights they enjoy under the city’s separate legal system, and have resisted moves that could threaten these rights. In 2003, a proposed national security bill sparked massive protests that resulted in the indefinite shelving of the law.

The protests that began last summer have become the biggest crisis in Hong Kong’s history. Sparked by a proposed bill allowing extradition to mainland China, they have since morphed into a broader pro-democracy movement that directly challenges China’s ruling Communist party. Peaceful rallies have been replaced by violent clashes between protesters and police. At least 8,981 people, including 1,707 children, have been arrested. Universities have been besieged, livelihoods have been destroyed, suicides have soared and people have been critically injured.

I feel an indescribable grief, watching Hong Kong fall apart from afar. Born and raised in the city, I moved abroad in recent years to pursue studies, after covering the city as a journalist in the aftermath of the umbrella revolution. When the protests started, I began having anxiety attacks that feel like I’m drowning on air.

The first time it happened, I was walking through the lobby of my London apartment building the day after a mob attacked commuters in a Hong Kong train station. Scenes of bloodied chaos, and a man on his knees – begging attackers to spare women and children – flashed through my mind. I was overwhelmed with panic, gasping for air. Another time, I was reminiscing over ramen with another Hongkonger who reminded me of home when my chest tightened. She took me outside to get some air; I tried not to cry. It happened again after a long argument over the phone with a loved one who supported the crackdowns. I struggled to get out of bed for two days.

Sometimes, my anxiety boils into hatred. I hate watching the slow death of so much I cherish. I hate seeing the protests reduced to party chat, or an object of dispassionate academic study and media speculation and political exploitation. I hate interacting with Hongkongers who bury their heads in the sand, or trolls spreading abuse and misinformation. I hate feeling guilty about enjoying life in London, and inadequate about my solidarity from abroad, even when I know that me being in Hong Kong wouldn’t make much difference. I hate how grieving has become almost routine, how we all cycle through the familiar motions of shock, anger, despair, and resignation with each development. I hate that my writing fails to capture the suffering I see, and that my sorrow feels insufficient.

With the passing of the national security law, the future feels bleak. Just this past month, many have been injured or arrested, a vigil commemorating the Tiananmen Square massacre was banned, and a bill making it illegal to insult the Chinese national anthem was passed. This week, the traditional July 1 pro-democracy march has also been banned for the first time in 17 years, with officials citing public health concerns and violence in previous demonstrations.

Upon every escalation, my friends and I ask one another: can we continue to adjust to these “new normals”? Can we ever be truly happy, or will we feel this heartbreak forever?

Still, I want to hope for the best. I want to have faith in those who say fears over the law are overblown, that there is still room for political compromise. I desperately want to believe that Hong Kong can remain a haven in China for dissidents, journalists and activists, the way it has been for decades since so many first-generation Hongkongers arrived as refugees to its shores. But every time I let myself have hope, something terrible happens.

As the pandemic lifts and the law goes into effect, I’m scared to watch what my home will become. I don’t know what to do, or how long we can go on like this. I have no answers. All I can do is try to sleep, wake up – and keep on watching.