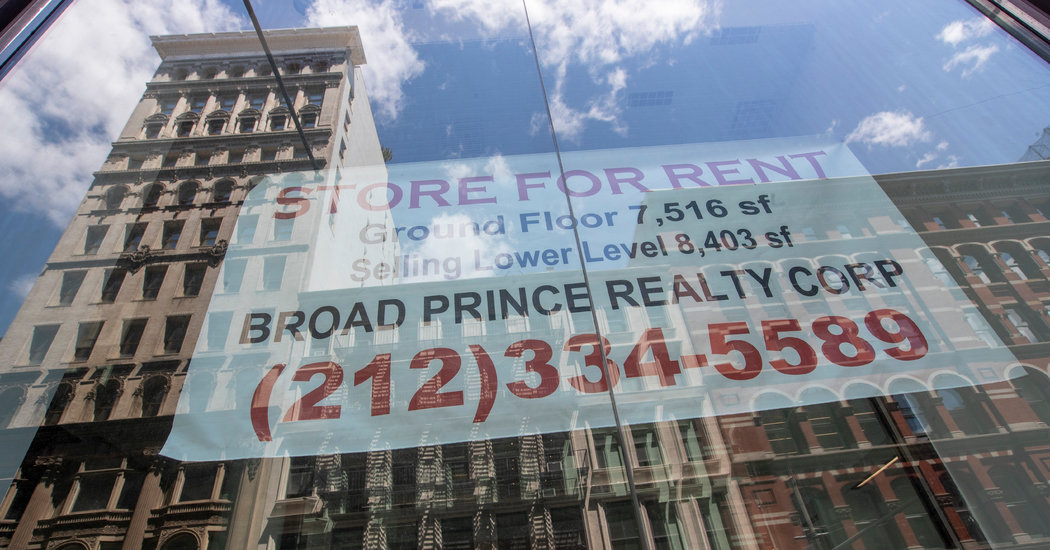 Many companies in the United States are currently in a particular kind of distress. They have solid business models for normal times, yet as the pandemic lingers they are slowly dying, victims of weak demand or supply problems. These businesses are not broken or fundamentally flawed; their health is jeopardized only by exceptional circumstances. They are not doomed; they’re just sick.

Many of these companies are on the lookout for survival strategies that would avoid a ruinous liquidation of their assets. This means they may be more open than they ordinarily would to private buyouts and mergers. But a wave of buyouts and mergers, though seemingly better than letting struggling companies die, would only intensify the economic inequality that has become this country’s curse.

That is why we need to rethink what rescuing companies looks like in this moment.

The danger is that cure will be as bad as the disease. A rescue of struggling businesses fueled by cheap debt will lead to a restructuring of the American economy into fewer and fewer centers of corporate control. That consolidation, in turn, will increase the already excessive power of corporations and widen the already yawning gap between rich and poor.

This is a lesson taught by the previous economic crisis, 12 years ago, which also left many fundamentally sound companies weak or in a state of distress. Part of the government’s implicit and sometimes explicit solution was to encourage buyouts and mergers, by making debt cheap and keeping merger enforcement tepid. Those conditions catalyzed a major concentration of industries during the 2010s, leaving many sectors of the American economy with just three or four “majors,” or with regional monopolies. This was the story for the airlines, cable service, big agriculture, mobile phone carriers, pharmaceuticals, meat processing and many more industries.

That same approach also ushered in what the financial journalist Joe Nocera, a former columnist for The Times, has called the decade of private equity. Taking advantage of cheap debt, the industry spent trillions of dollars (nearly $6 trillion, by one estimate) buying and reorganizing thousands of companies.

The problem was that, by the mid-2010s, many economists (including many at the White House, where I worked at the National Economic Council) started to be concerned that the restructuring of the economy was contributing to inequality of both wealth and income. Ideally, a private buyout makes a company more efficient and poised for growth and hiring. But in practice buying a company in semi-distress with the goal of cutting costs can mean large-scale firings, weakening or destroying unions, and seizing pension funds.

Merger waves cause the same problem in a different way. A highly concentrated industry can extract higher profits through less competition, which hurts consumers. Concentrated industries can also depress wages by tacitly coordinating to keep salaries low. At the same time, the higher profits are typically used to raise executive’s salaries and to reward shareholders with dividends or stock buybacks. The mergers and buyouts are also absurdly lucrative for the already wealthy bankers and lawyers who do the deals.

Encouraging a wave of mergers and buyouts to help struggling businesses during the present economic crisis might yield a superficially impressive economic recovery — a rebounding stock market, big dividends for shareholders — while destroying what remains of the middle class in this country. It might seem that economic inequality could not get worse in this country, but it could.

Are there feasible alternatives for saving distressed companies? Isn’t consolidation more or less inevitable? Not since the Great Depression have we faced this problem on such a large scale, so we do not have time-tested solutions that we know we can count on. But here are at least four ideas.

First, the government, as it provides aid, could avoid subsidizing merger waves or mass firings. Companies would not be allowed to use public money to prepare a company for sale or to fund acquisitions or takeovers. The money lent by the Treasury Department and the Federal Reserve for recovery could be used only to keep viable firms alive until the economy returned to some semblance of normalcy.

Second, the investors who have put more than $12 trillion into “socially responsible” investments — usually focused on problems like climate change — might find ways to turn their efforts toward the rescue of sick companies. Imagine the socially responsible equivalent of a “vulture fund” whose goal was to return companies to health while preserving employment — and then to disappear into the sunset, like the Lone Ranger.

Third, both government and the private sector could encourage and finance a wave of “worker buyouts,” in which employees take control of otherwise sound but currently distressed firms. The problem with typical buyouts is that they too often hurt employees. But a worker buyout can use the techniques of private equity to give employees their share of the company’s proceeds. (The Phoenix Project and Project Equity are two examples of private-sector efforts to promote employee ownership.)

While worker buyouts have been rare and are overly complex, Congress could encourage them by allocating some of the recovery funds to equity investments by employees looking to acquire their company. Congress could also create a “right of first refusal” for employees of businesses about to be sold — similar to that enjoyed by tenants in some parts of the country — so workers would have the first opportunity to bid.

Finally, the government could impose stronger oversight over mergers and buyouts, either by rigorously enforcing existing antitrust rules or by creating new restrictions on private equity. The idea is not to prevent all rescue operations, only the most blatantly anticompetitive ones. Is the buyer a direct competitor? Does the buyer already control the other competitors in the same industry?

At the moment, the economy is still in a state of shock, and uncertainty has paralyzed buyers. There is, in other words, still plenty of time to act. The possibility of even greater inequality of wealth and income in the United States is, unfortunately, not a danger to which the Trump administration seems particularly attuned. But make no mistake: If we repeat the mistakes of the 2010s, the rich will get richer, the poor will get poorer and the middle class will be further gutted. And the resulting backlash could make the current level of discontent in this country seem like the good old days.

Tim Wu (@superwuster) is a law professor at Columbia University, a contributing Opinion writer and the author, most recently, of “The Curse of Bigness: Antitrust in the New Gilded Age.”