Europe’s new car sales took a massive plunge no thanks to the restrictions amid the coronavirus pandemic, as they dropped by 57 percent in May and 43 percent during the first five months of 2020.

According to information shared by JATO Dynamics and registered across 27 European markets, the best-selling car last month was the Renault Clio, with 16,028 units, followed by the Volkswagen Golf and Peugeot 208, which accounted for 13,125 and 10,977 examples respectively.

The Dacia Sandero was around 300 units behind Peugeot’s subcompact hatchback, while the Renault Captur and Volkswagen T-Roc small crossovers were found on the fifth and sixth positions. The Opel Corsa, Dacia Duster, Citroen C3 and Volkswagen Tiguan followed in this order, with the latter selling 8,689 units.

“Registrations volumes more than doubled in May, compared to the figures achieved in April. Despite the positive signs of recovery, a proportion of these registrations could correspond to sales that occurred prior to lockdown; therefore, we still do not have enough information to predict whether Europe will experience a ‘V’ or a ‘U’ shaped recovery”, said JATO global analyst, Felipe Munoz.

No less than 4 out of 10 new cars registered in Europe last month were SUVs, and at the opposite end, the worst performing segments were MPVs, city cars, luxury sedans, compact models and executive sedans. In fact, demand for minivans fell so hard that they were outsold by LCV-derived (light commercial vehicles) models. 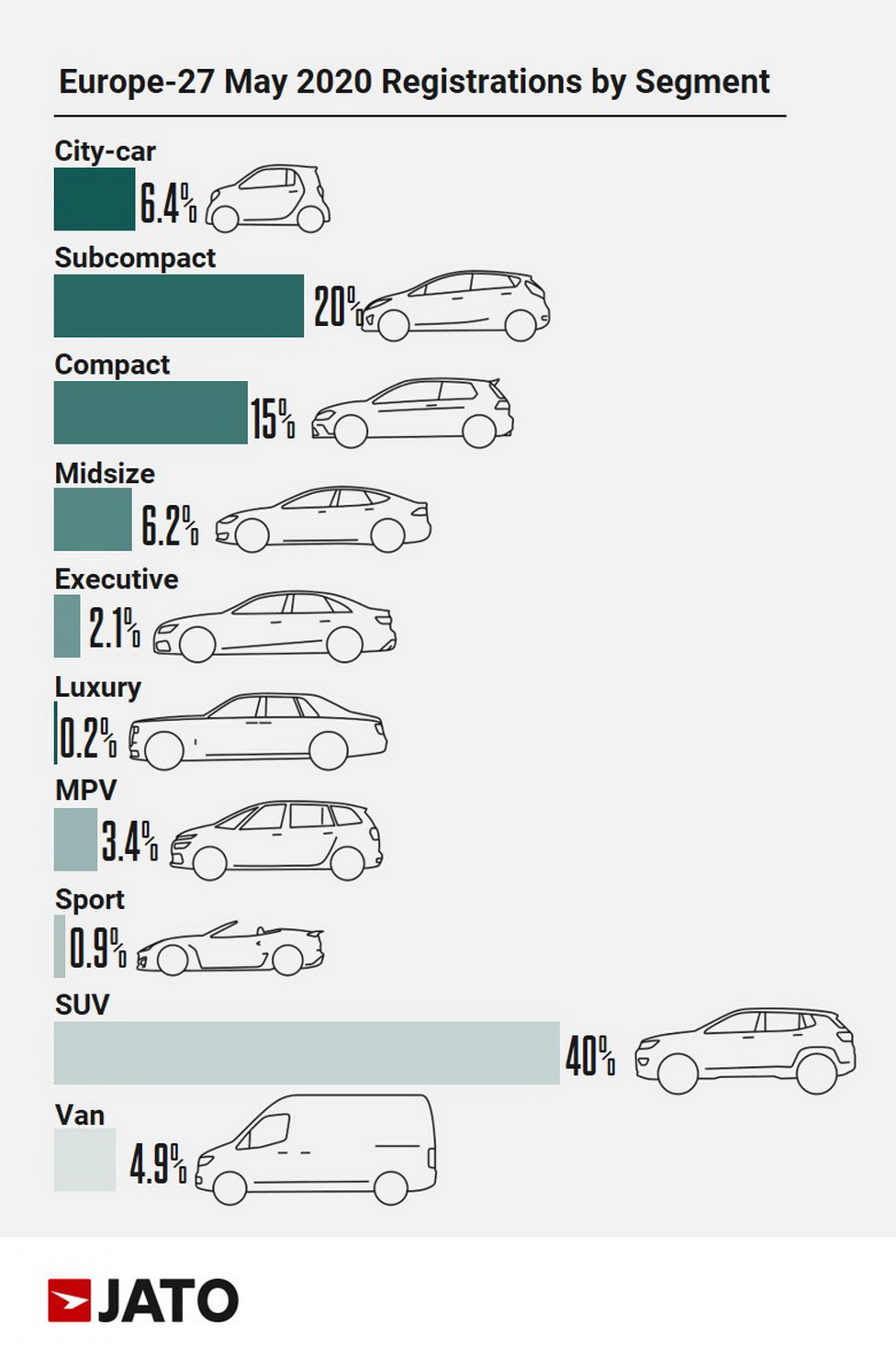 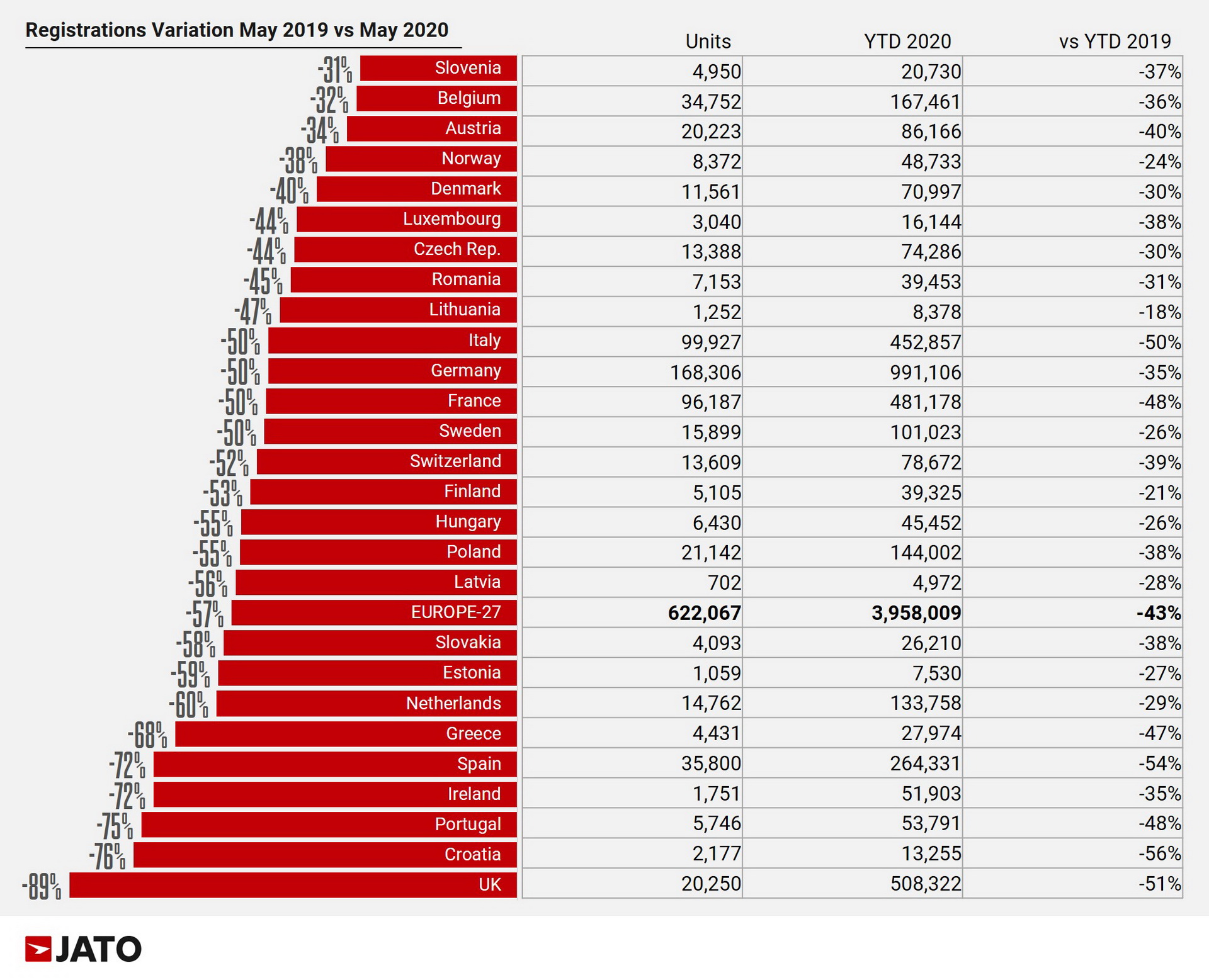