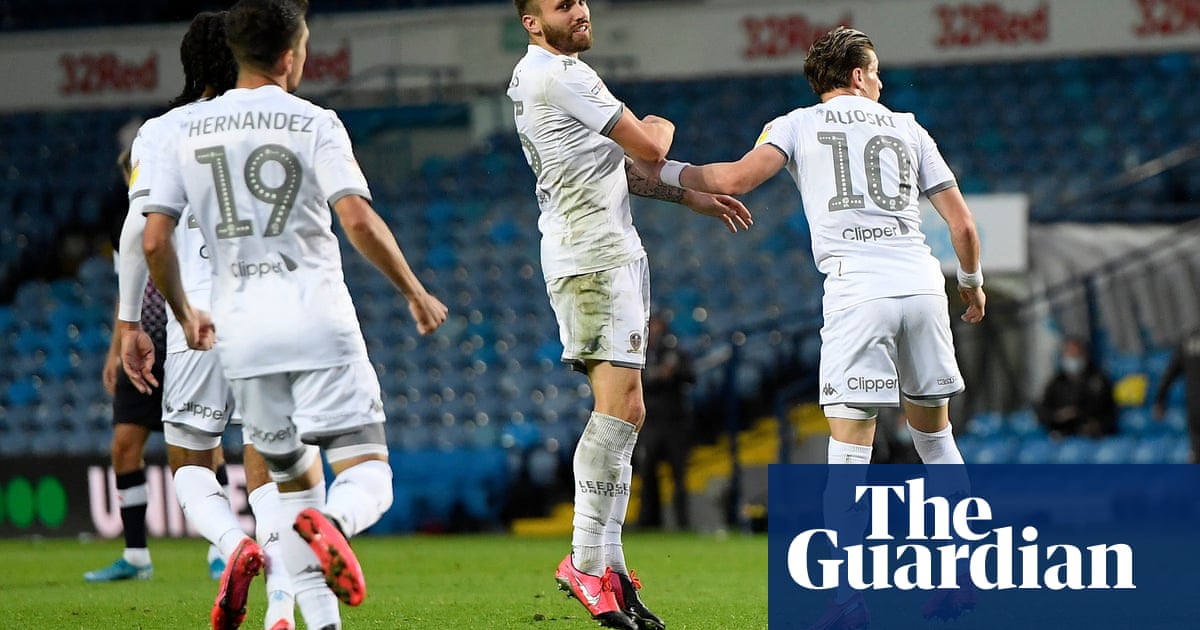 Championship leaders Leeds needed a Stuart Dallas equaliser to earn a point against the division’s bottom side Luton. Harry Cornick gave the visitors the lead early in the second half with a superb strike to spark hope of a shock victory at Elland Road.

However, 13 minutes later Dallas calmly slotted his effort past Simon Sluga in the Luton goal to secure a draw that extends Leeds’ lead over West Brom at the top to four points – Albion face Sheffield Wednesday on Wednesday.

Brentford kept up the pressure on the top two with a 3-0 victory at Reading. Bryan Mbeumo gave them the lead midway through the first half, stooping to nod home his 15th goal of the season. Josh Dasilva increased their advantage just past the hour and Joel Valencia added a third in the 90th minute to secure a fourth successive league victory without conceding.

‘He could nutmeg a mermaid’: the rise of Brentford’s Saïd Benrahma | Ben Fisher

Parker said: “I don’t think my team have deserved what we’ve got out of the first two games, our performance was exceptional for large parts in those two games. But you need to show another side to you where we’ve fallen short. And the main thing tonight was certainly the result.”

Cardiff’s play-off chase stuttered with a 0-0 home draw against Charlton. Charlton’s manager, Lee Bowyer, hailed his team’s defensive resilience after a third successive clean sheet. “The players are putting their bodies on the line and defending properly. To have three clean sheets means you are always going to be in a game.” Cardiff’s manager, Neil Harris, said: “We dominated the ball but lacked a killer instinct.”

Neither Millwall nor Swansea could take advantage of the result at Cardiff, with the sides playing out a 1-1 draw at the New Den. Mason Bennett gave the home side the lead in the first half but Swansea equalised after the break thanks to a Rhian Brewster free-kick that hit the bar and cannoned in off the Millwall goalkeeper Bartosz Bialkowski.

Barnsley’s hopes of avoiding the drop were given a boost with a 2-0 win against Blackburn but Stoke were dragged into deeper trouble with a 3-0 defeat at Wigan.