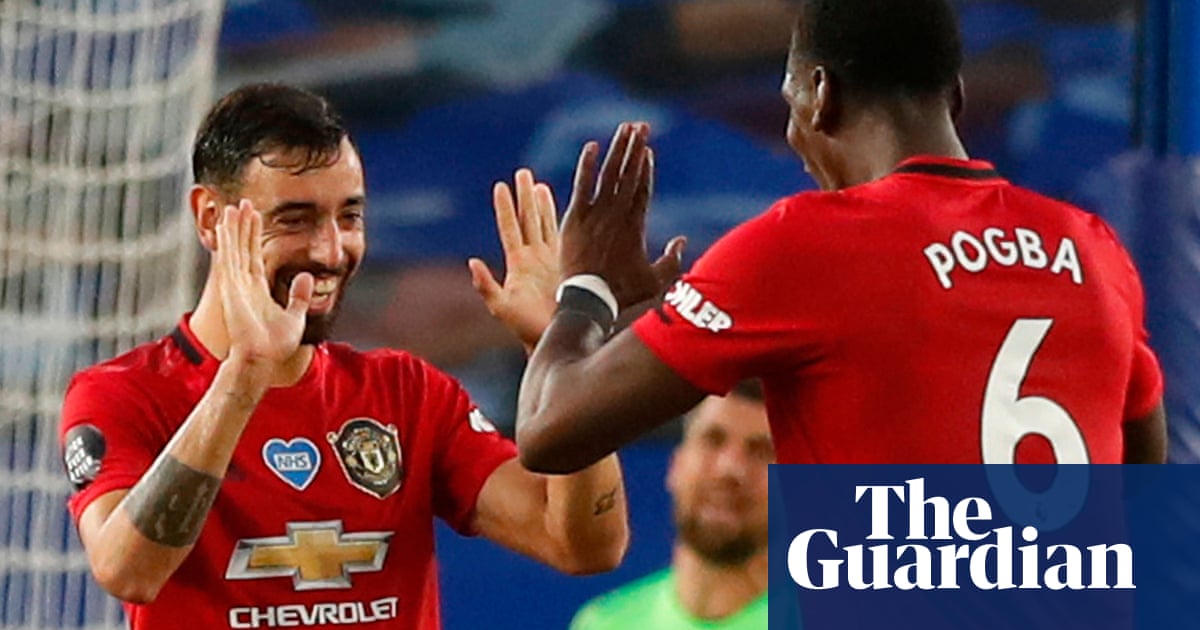 Bruno Fernandes insisted Manchester United can achieve Champions League football this season after his two goals at Brighton helped his side to stretch their unbeaten run to 15 games.

United moved up to fifth place ahead of Wolves on goal difference, but Fernandes said their much-improved defensive performance was key to their current mood of confidence.

Manchester United coast past Brighton thanks to Bruno Fernandes’ double

“We didn’t concede any goal once again,” the man of the match said. “The defenders did an amazing job and the whole team deserved the result. We know if we keep this up we can make it into the Champions League placings.”

Fernandes played alongside Paul Pogba in midfield though Nemanja Matic was arguably the most influential United player in that area of the pitch, helping to set up the third goal with an instinctive volleyed pass to set Mason Greenwood free on the left.

“Paul is an amazing player but I don’t want to talk too much about me and him,” Fernandes said. “We are a team, and this was a team performance. Talking about me and Paul isn’t fair on the rest of the lads, I would rather talk about everyone.”

Ole Gunnar Solskjær was also impressed with the defending after the 10th clean sheet in 15 matches.

“To come here and do that, to be able to leave a few players out and take other off after an hour, means it’s been a great night for us,” the United manager said. “The defence gives us a foundation to play from and David de Gea made two tremendous saves when he was called on.

“Since the restart everyone has worked really hard, they have all been true to their word and the result is that we genuinely look fitter and stronger at the moment.

“I’m not saying this is going to be a special season at Manchester United, we are a bit too far off the pace for that, but I think everyone can see the team is improving and we are still in with a shout in the FA Cup and Europa League as well as the battle for a Champions League place.”

Graham Potter, the Brighton manager, accepted defeat philosophically, after his side suffered their first defeat in three games since the restart. “We played a really good side tonight, United are really hard to contain with their movement up front. They have some very talented footballers and I have to admit the better team won.”